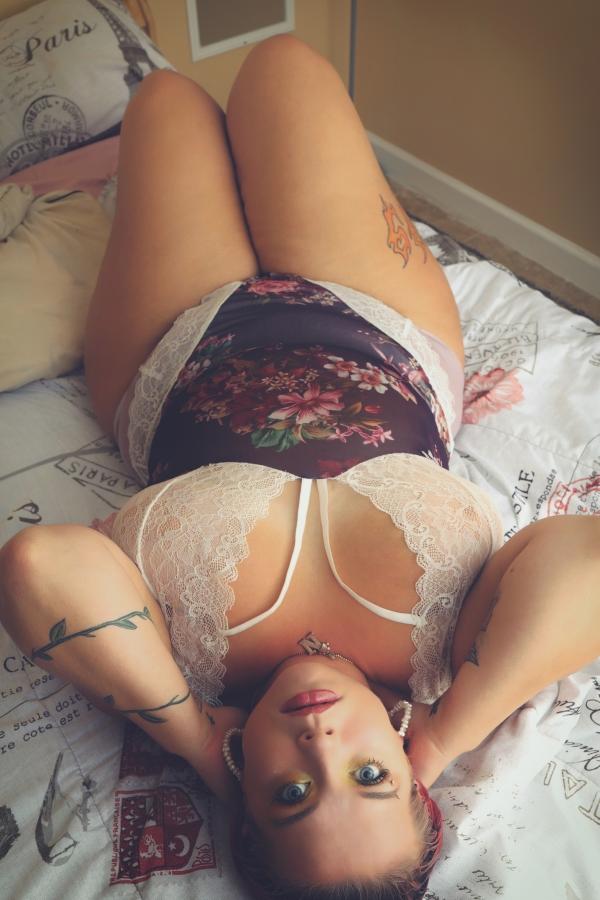 Rising super-star Rosa Nice continues her plus-size modeling career with a four page feature in the number one print magazine for curvy women, FABUPLUS, in their Spring 2021 edition. The article includes never before seen photos of Rosa Nice as she poses with an Albino Python, in lingerie, and in a formal mermaid gown and tiara. Rosa Nice, a sultry songstress, recently celebrated 100,000 streams on the new application LÜM Music, 45,000 streams on her newly released music video, and now she is celebrating her first time being published in a print magazine. Growing up in a town where she was called whale and bullied for her size, Rosa Nice suffered from self-esteem and body image issues into adulthood. It wasn’t until she went bald for a modeling gig that she realized in order to love others, she must love herself first. With many firsts under her belt, Rosa is excited to continue her plus-size modeling career. In 2020, Rosa was featured in a Blac Youngsta and Dababy music video in Atlanta, a BFB Packman video in New York City, and an online winter campaign for Blended Boutique in Philadelphia. Rosa continues to wow her audience with her versatility as not only a songwriter and creative director but also as a plus-size model and role model. Rosa cites a conversation between herself and her legendary producer PopTraxx, the son of Leon Huff of Philadelphia International Records, as to why she began modeling in the first place. Her producer invited her to a casting call in February of 2020 at his studios, and, as they say, the rest is history. From then on Rosa started planning her own shoots with professional photographers, such as James Phelps of Baltimore, and in less than four months, Rosa had her first booking. Rosa Nice continues to provide others with the courage to be themselves. Rosa Nice’s music can be found on all streaming platforms, and FABUPLUS can be picked up in Barnes & Nobles stores across the USA. www.YouTube.com/c/rosanice1351 E. Lycoming St. Philadelphia PA 19124FABUPLUS is the number one print magazine for plus-size women in the U.S.A.Rosa Nice is a singer, songwriter, CEO, and community activist.

02-22-2021 | Leisure, Entertainment, Miscel …
NSNRP
Rosa Nice: 10K in 1st Week!!
Congratulations are in order to singer, songwriter, and now director for an outstanding release of a new music video entitled “Like A Lady.” The video, which released on Valentine’s Day 2021, is her first release since 2019, and has captured the hearts of viewers. Rosa brings you into an LGBTQP+ fantasy date night with both polygamy and monogamy mixed with deserts, steamy romance, and lots of flowers. Rosa Nice is