Chaske Spencer to Exhibit His Photography 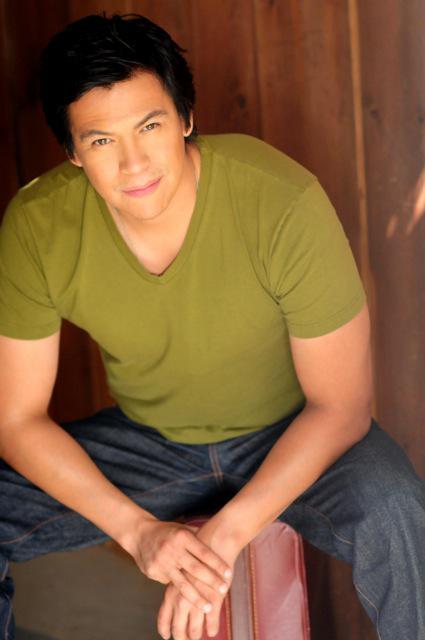 The Twilight star’s never before seen photography will be exhibited at the Dream Hotel for one night only. Los Angeles, CA (June 25, 2012) – On Thursday, July 12th, Chaske Spencer, star of the Twilight Saga film series will be exhibiting his photography, along with the work of photographer Nadia Itani. The exhibit will be displayed at “THE BAR” Dream Hotel, who is donating their space as well as wine and hors d’oeuvres, starting from 7:00PM to 10:00PM. This is Spencer’s first photo exhibition. Of the exhibit, Spencer says, “I am so happy to have the opportunity to express another facet of my creativity and feature my photography to the public. Photography is something I am very passionate about, and have been for years. I can’t wait to share it with people.” When he was young, Spencer dreamt of becoming a photographer, and before long, he found himself in front of the camera. His work is best described as a “slice of life” with natural lighting outdoors. Spencer does not do studio work as he feels natural light gives him the best creativity. Proceeds from the exhibit will be donated to United Global Shift, the non-profit organization of which Spencer is a spokesperson. He adds, “I am committed to using my art to help create new conversations in the media that support a positive shift for people everywhere.”For media inquiries on the photography exhibition and Chaske Spencer, please contact Mona Loring of MLC PR at contact@monaloring.com or 323-462-8080.About Chaske Spencer Chaske Spencer plays werewolf leader “Sam Uley” in the popular Summit Entertainment The Twilight Saga film series: New Moon and Eclipse. Prior to New Moon, Chaske starred in the Broadway play, Dracula, playing the title role, performed New York Theatre pieces, at The Public Theatre in NYC and at The Roundabout. He has been in the films: Skins, Dreamkeeper and Steven Spielberg’s Into the West. Chaske recently shot the lead role of “Virgil First Raise” in the feature film of the best selling book, Winter In The Blood (by James Welch). He recently returned from Australia where he filmed the NBC Pilot The Frontier produced by 70’s star Shaun Cassidy. Also, Partnered with his manager Josselyne Herman and veteran producer Ted Kurdyla, his production company Urban Dream is in development on a feature-length documentary about the water rights of indigenous people and feature film called The Block. Additionally, Chaske will soon be starring in All My Relations-- a role created specifically for him. All My Relations is a contemporary Native project that has been developed for television by producers Rene Haynes and Susan England.About United Global Shift United Global Shift’s mission is to cause a shift in what is possible for humanity, focusing on the environment, employment, entrepreneurship, health and education. A shift from survival and scarcity to possibility, partnership and peace. UGS designs and delivers conscious full spectrum learning in action programs for individuals, non-profits and corporations. They create and support projects that foster dignity and equity for all in the entertainment, advertising, internet, music, film, television, fashion and sports industries. These projects create a shift in people's thinking and actions.MLC PR 7080 Hollywood Blvd., Los Angeles, CA 90028 Mona Loring contact@monaloring.com