Press release from: Up and Up Entertainment

/ PR Agency: Up and Up Entertainment 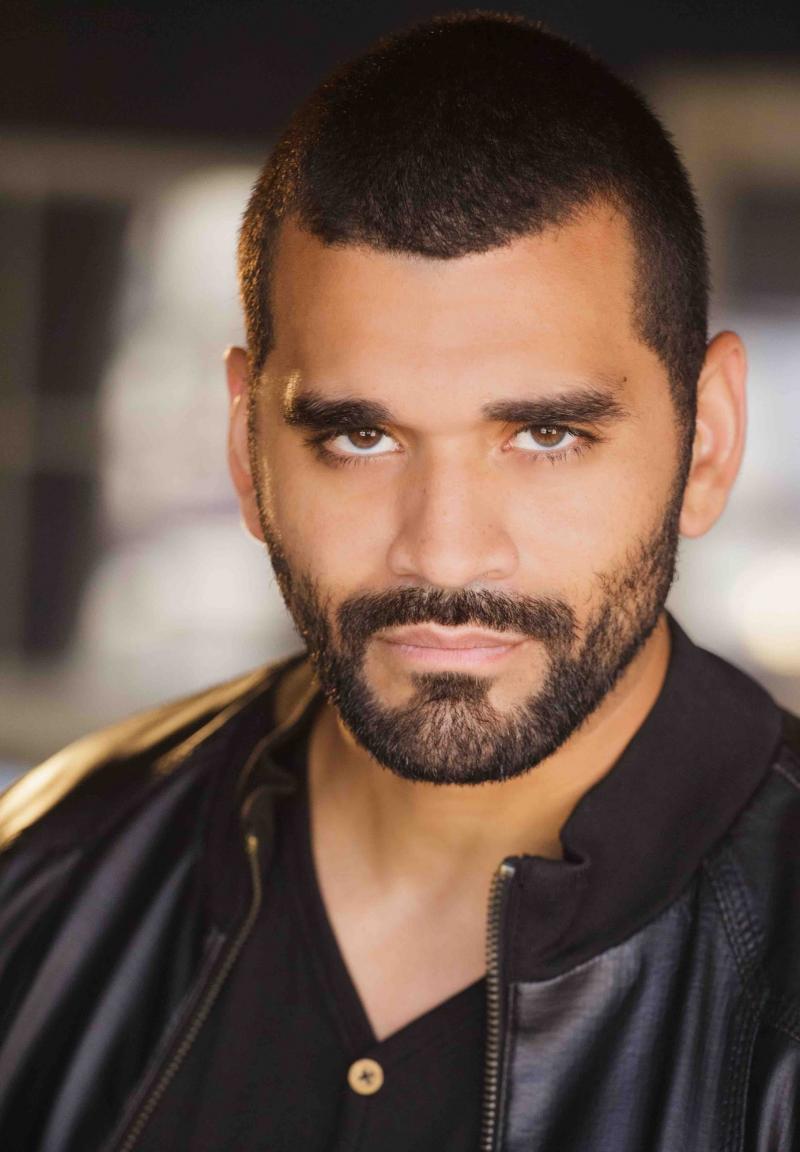 On Wednesday March 31st Rafael Cabrera will make his Guest Star appearance on ChicagoPD below he shares his experience. How was it knowing that you had to travel to Chicago for this role?"It was awesome. Production flew me out and put me in the Sofitel Downtown Hotel which was such cool location. It was my first time in Chicago so I was excited to explore on my days off from shooting."Did the experience on set go as you imagined?"It was so much more than I could've ever imagined or have asked for. It was a great experience. Everyone works in unison and as a team the entire shoot. It was one of the best energy(positivity) sets I've been on. I got to work with a great director and all the series regulars on ChicagoPD.12400 Ventura Blvd Studio 1005 Studio City, CA, 91423Up and Up Entertainment finds talent that's on the Up & Up

02-19-2021 | Arts & Culture
Rafael Cabrera
Rafael Cabrera dives into Post Production of 7eventhDAY
Rafael Cabrera (CabreraCreationsCompany) in association with HMKFIlms Prduction has just wrapped up on 7eventhDAY. With over a year and a half of filming complete the team will go straight into post production and get the show ready for networks. 12400 Ventura Blvd Suite1005 Studio City, CA, 91604 Rafael Cabrera is an actor recently featured in Westworld (HBO) , Hawaii Five-0 (CBS) , ThisIsUS (NBC) , Tales (BET) and more.
07-16-2018 | IT, New Media & Software
WISE GUY RESEARCH CONSULTANTS PVT LTD
Global Gunshot Detection Systems Market 2017: Key Players – Raytheon, Rafael, …
Summary WiseGuyReports.com adds “Gunshot Detection Systems Market 2017 Global Analysis, Growth, Trends and Opportunities Research Report Forecasting to 2023” reports to its database. This report provides in depth study of “Gunshot Detection Systems market” using SWOT analysis i.e. Strength, Weakness, Opportunities and Threat to the organization. The Gunshot Detection Systems Market report also provides an in-depth survey of key players in the market which is based on the various objectives of
11-29-2017 | IT, New Media & Software
marketstudyreport.com
Future of Active Protection System (APS) Size 2022 General Dynamics, Rafael Adva …
MarketStudyReport.com Add New Global Luffing Jib Tower Crane Market by Manufacturers, Countries, Type and Application, Forecast to 2022 to its research database. The report presents a deep study of the market growth factors and drivers. The report spread across 101 pages with table and figures in it In this report, the global Active Protection System (APS) market is valued at USD XX million in 2016 and is expected to reach USD
09-08-2017 | Business, Economy, Finances, B …
Apex Research
Gunshot Detection Systems Market - Rafael, SST, Rheinmetall AG, Raytheon Company
Apex Research, recently published a detailed market research study focused on the "Gunshot Detection Systems Market" across the global, regional and country level. The report provides 360° analysis of "Gunshot Detection Systems Market" from view of manufacturers, regions, product types and end industries. The research report analyses and provides the historical data along with current performance of the global Gunshot Detection Systems industry, and estimates the future trend of Gunshot
07-25-2017 | Politics, Law & Society
SMi Group
AMD updates from Rafael, NGC, Lockheed Martin and MBDA at Air Missile Defence Te …
SMi Group's Air Missile Defence Technology Conference 2017 will featuring key updates from some of the top air and missile defence solution providers within the industry. With many nations increasing budgets to strengthen their collective defense structures, particularly the development of air and missile defence capabilities, many solution providers continue to enhance and develop next-generation platforms to secure contracts and collaborations. This is one of the key focuses of the
10-10-2012 | Industry, Real Estate & Constr …
Xena Vallone Realty
Rafael Gonzalez Joins Xena Vallone Realty in Sarasota, Florida
SARASOTA, FL – Well-known Sarasota restaurateur Rafael Gonzalez has joined Xena Vallone Realty as a Realtor-Associate. In addition to general real estate sales, Gonzalez will enhance the company’s international team, assisting Spanish-speaking buyers and sellers. Gonzalez is best known locally as a founding partner for 17 years in the J. Ryan’s chain of restaurants, which were sold off in recent years. He was also the former General Manager of Columbia Restaurant
Comments about openPR
OpenPR is clearly structured and remains true to its principle of confining itself to the essential parts. OpenPR has proven to be a very good and reliable partner to our media agency: Within the shortest time the releases are online and go down well with the media representatives. The success of OpenPR is reflected in the steadily increasing number of press releases. It is good that OpenPR exists!
Ursula Koslik, Director Marketing & PR, F+W Hamburg