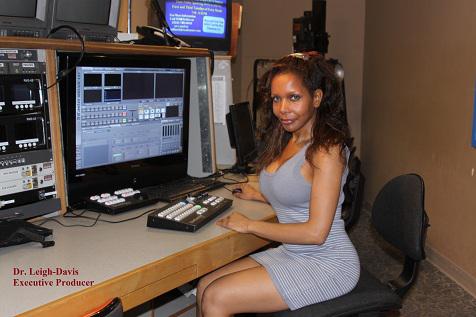 “The Real Deal” radio show, hosted by Dr. Leigh-Davis, continues its special Reality TV series, with an upcoming episode on the future of Reality TV as we know it, and a digression on Scott Disick’s role in the Kardashian family.Although “The Real Deal, hosted by Dr. Leigh-Davis” radio show, is known for its in depth exposés on people like Christopher Hitchens, and its music shows; by popular demand, a series on reality TV has taken precedence. First, The Real Deal had an investigative episode on whether reality TV was here to stay. Then, The Real Deal devoted an entire episode to an analysis of the top reality TV stars. Now, The Real Deal is going to have an episode dedicated to one specific reality television star: Scott Disick. The host of “The Real Deal,” Dr. Leigh-Davis, explained, “It would not be my choice of topics. However, our show is audience driven and the reality TV episodes have been some of the most popular shows.”The title of the upcoming reality TV special, denotes that Scott Disick should receive a Nobel Prize. The show will examine how Scott Disick was wrongly disliked in the beginning, for merely acting like the young 20-something he was. Also to be addressed, why some of the Kardashian sisters date younger men, and then, become upset when they act their age: young. The show will then debate whether Scott Disick is one of the main components adding excitement to the show, and his arguable sainthood for standing by a woman who possibly became pregnant on purpose. In an article in Newsweek, the magazine details a possible retreat from reality TV, and reality TV oligarchs like Ryan Seacrest, stating “Over at E!, Seacrest’s cable home, new chair Bonnie Hammer is introducing scripted shows to the reality-TV haven’s lineup, signaling a departure from the fare Seacrest does best.” What Ryan Seacrest's Future Means for Television, by Lauren Streib; Newsweek: May 7, 2012.“The Real Deal hosted by Dr. Leigh-Davis,” has been on the air for years, and broadcasts LIVE! every Wednesday night at 10:00 p.m. Pacific Time. Archived episodes are available on iTunes. The theme of the show is: Entertainment, Current Events, Politics and HOT TOPICS!!! “The Real Deal” is modeled after the old Merv Griffin talk shows, in that it is entertaining, but focused on what is happening in the world, (i.e.: HOT TOPICS!) Dr. Leigh-Davis is currently a full-time law professor, in addition to being a retired attorney, anthropologist, and popular TV & media personality, who regularly appears as a legal analyst and legal correspondent on NBC news, Sky news, CNN, and Fox news. Also, she is the former host of the Court TV television show, “The Court is in Session.” More information about Dr. Leigh-Davis’ television, writing and radio projects, can be found on Dr. Leigh-Davis’ official website.Creative Endeavors is a multimedia entertainment company handling ALL CONTENT in, or related to, the entertainment business. Creative Endeavors functions both in front of the camera, and behind the scenes, with its roots in television. Creative Endeavors was originally formed to harness the power of television and offer adults compelling programming – including real-life stories. In all creative markets, from television to books, Creative Endeavors engages viewers with smart, provocative and timely programming – stories that no one else is telling in ways that no one else is telling them. Creative Endeavor’s programming shines a light where others won’t dare and boldly explores important subjects – opening minds, sparking conversations and forming deep connections with its audience. Its audience is comprised of affluent, curious, social and connected adults who crave entertaining, enlightening, witty and informative programming. Creative Endeavors operates globally and has locations in the U.S. and the UK.Creative Endeavors 33 Albemarle Street Mayfair London, England W1S 4BP Contact: Jane Daniels 0844 232 6130 jane@DrLeigh-Davis.co.uk

You can edit or delete your press release Dr. Leigh-Davis Votes Scott Disick for the Nobel Prize here