Paris Resurges as the Centre of Global Contemporary Art in 2021 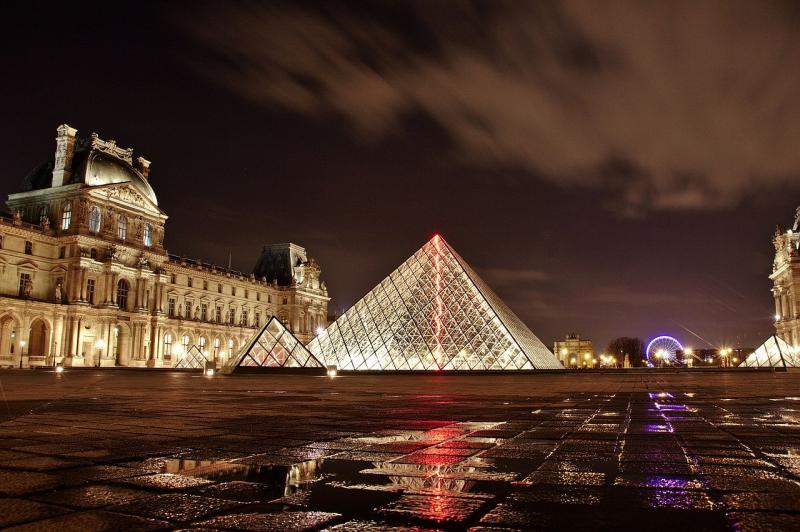 Starting from the early 1900s, Paris was the centre and capital of contemporary art for many years, but all that changed after the Second World War broke out. For over two decades prior to the war, however, the famous Left Bank of Paris popularised multiple pieces from contemporary greats such as Braque, Fernand Léger, Derain, and Matisse. Some of the most well-known French art dealers of all time also belonged to that timeframe, and the likes of Roseberg, Wildenstein, and René Gimpel played a very active role in making Paris the contemporary art capital at that time.The Second World War: A Sad EndingThe Second World War ended a lot of good things and contemporary art’s popularity in Europe was one of them, unfortunately. As most art dealers fled Europe to save themselves and their families from the impending doom, the United States became the new hub of art and artists as a whole and not just contemporary art.After the war ended, it took a few years, but contemporary art once again found itself rising in popularity, but this time around, New York City became the new centre of contemporary art. When Robert Rauschenberg was chosen for the prestigious Golden Lion Award at the 32nd Venice Biennale (1964), it truly established New York City as the new capital of contemporary art.Rise of Street Art in EnglandBefore fine art made a full recovery in Paris, it was through the streets of England that contemporary art found its way back home to Europe again. Out of the many street artists such as ATM, Cheba, Inkie, Stik, and many others that came before or after them, no other name has been more satirical, politically charged, mysterious, and global in its influence than Banksy. His bold stencils from the 80s and the 90s continue to inspire contemporary artists across the world even today, and a few of the masterpieces can still be found at https://www.contemporaryarttrader.com/.A resurgence of Contemporary Art in ParisAfter a long hiatus, art enthusiasts were excited to see that Paris was experiencing a sudden and unexpected surge in its internal and international arts industry. In a year-on-year comparison between 2018 and 2019, it was found that the auction market in France had grown by roughly 1.49 times its size in a span of just 12 months. Most of the sales responsible for the huge boost was attributed to contemporary pieces, which is once again the new trend in Paris, after many decades of comparative silence.As of 2021, Paris has been once again, unofficially crowned as the capital of global contemporary art. While London and New York City is still reeling from the effects of the pandemic, locals have kept Paris’s contemporary resurgence growing even in the middle of a global disaster. If World War 2 dethroned Paris from the seat of contemporary leadership within the art world, it is indeed ironic that another global disaster cemented the French capital’s place back among the top three.PortugalHere at Contemporary Art Trader, we offer you art brokering expertise that is second to none

07-12-2017 | Advertising, Media Consulting, …
ReportsWeb
City Travel Briefing: Paris
Paris has been resilient as one of the world's leading tourist destinations despite a host of challenges related to security, accommodation and overcrowding. With a clear focus on reinventing the city for the modern traveller by transforming its infrastructure, culture and attractions, Paris is well placed to compete with emerging cities vying to become the tourist destination of choice. This report outlines Paris's strategy in attracting new (and old) holidaymakers
07-19-2016 | Industry, Real Estate & Constr …
GEW (EC) Limited
Working Without Waste comes to Paris
For their sixth conference, Working Without Waste is heading for Paris. The event takes place on 30 September 2016 at the hotel Mercure Paris La Villette. Jean Poncet, editor in chief of the label and packaging magazine ETI&PACK will host the event and the guest speaker is printing industry specialist and narrow web consultant John Penhallow. Experts from AB Graphic, Avery Dennison, AVT, CERM, Flint, GEW, GSE Dispensing, Lundberg Tech and Martin
03-03-2016 | Fashion, Lifestyle, Trends
AMLD
Paris : Gammas exist
They come from Saturn and land in Paris on the first day of Fashion Week. Already defined the best design 2016, Saturn is the object of desire, not only for members of high society, but also investors from the finance and art. Saturn is a handbag made of platinum, a clutch, which reveals in a cascade of diamonds and precious stones to accompany the ladies in all occasions, and offering advanced technological
04-10-2012 | Leisure, Entertainment, Miscel …
IMAGE UNLIMITED COMMUNICATIONS
April in Paris
WHAT: There’s nothing like April in Paris. The city is awash with the color of cherry blossoms and daffodils, and while there is a slight chill, love is in the air. On Saturday, April 21st, 2012 from 12:00PM to 5:00PM, The Wine ConneXtion, located in North Andover, MA will transport guests to the city of lights with “April
09-08-2011 | Fashion, Lifestyle, Trends
Tresor Paris
Tresor Paris Launches The ‘Les Couleurs’ Collection
With attention turning towards ‘2012’, Tresor Paris has produced the Les Couleurs collection with warmth and friendship in mind. Inspired by 2012, each colourful crystal bracelet represents a ring from the iconic friendship flag. The orange Lever bracelet –is made of 9 handpicked bright orange crystals with 2 magnetite stones. Just as appealing, the Soleil bracelet has a bright warm feel just like the name suggests - made up of 9 yellow
03-03-2011 | IT, New Media & Software
Korrisoft
Pocketoplan Paris FREE Paris City map without roaming charges
22 Feb. 2011 – Rennes (France) Korrisoft, a « Game & Apps » studio announces the availability of its first offline city map application: Pocketoplan Paris. Pocketoplan Paris is available for free on the Apple Application Store for iPhone, iPod & iPad. The easy to use application contains a Paris city map with several zoom levels. With all the information stored on the device, the user can access the map without the
Comments about openPR
OpenPR is clearly structured and remains true to its principle of confining itself to the essential parts. OpenPR has proven to be a very good and reliable partner to our media agency: Within the shortest time the releases are online and go down well with the media representatives. The success of OpenPR is reflected in the steadily increasing number of press releases. It is good that OpenPR exists!
Ursula Koslik, Director Marketing & PR, F+W Hamburg