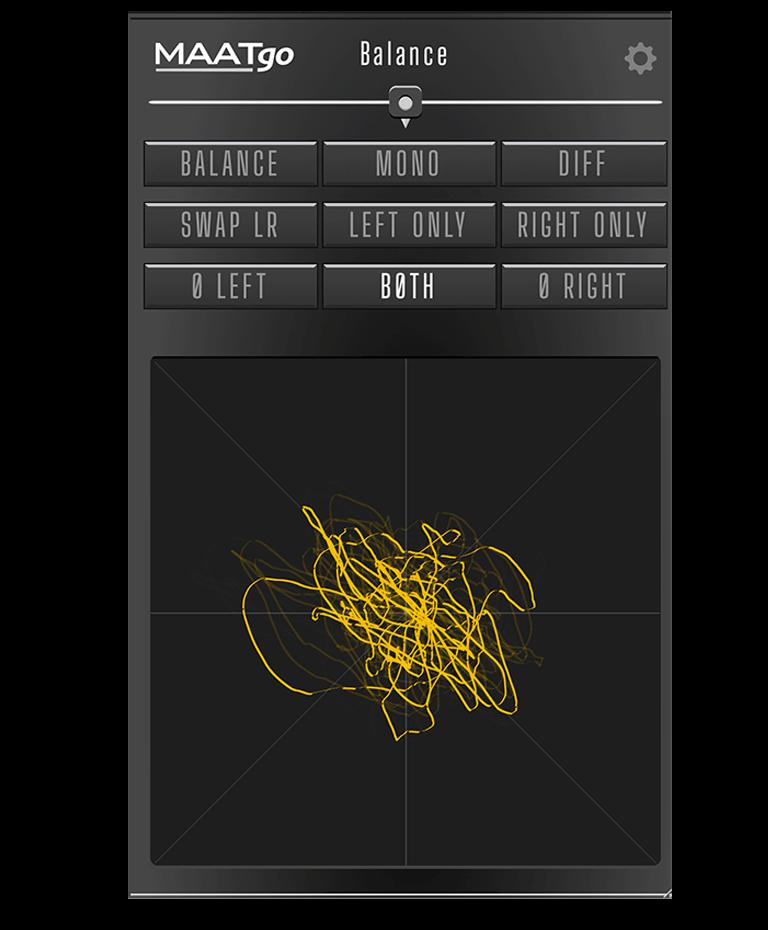 Take control of how you listen, with MAATgo

Company announces release of first consumer product aimed at playback of HRA streams and filesMAAT Incorporated, a manufacturer of exceptional performance professional audio solutions, today announced the release of a cross platform plug–in and native application for routing, matrixing and visualization of digital audio. While the new creation represents the debut of MAAT’s first product designed specifically for hi–fi enthusiasts, MAATgo enhances all music playback from computers.Building on the foundations of MAAT’s 2BusControl and GŌN plug–ins, the new MAATgo augments and enhances the audiophile user experience. As with other members of MAAT’s product family, its double precision internal architecture contributes to uncompromising quality and exacting fidelity.In simpler times, a benchmark of the Golden Age of High Fidelity was the APT Corporation’s Holman Preamplifier. Another reference for home audio enthusiasts was the Japanese trend to include a CRT–based “vectorscope” in higher end receivers. MAATgo combines the routing, visualization and control of touchstone component separates with additional matrixing modes and a precision balance adjustment for complete control of file–based “computer audio” playback and HRA (high resolution audio) on–demand delivery services.Addressing the needs of the home hi–fi listener was not undertaken lightly at MAAT. The features that those striving for the highest fidelity sound reproduction would want in their systems became the basis for the product. “High resolution file and streaming playback on computers in the home has become mainstream, yet consumers have lost essential controls that were available to them when traditional hardware was in vogue,” said Friedemann Tischmeyer, mastering engineer and CEO of MAAT. “We aim to bring that control back to audio aficionados everywhere.”The product is delivered in all modern plug–in formats, including cross–platform VST 2 and 64 bit VST 3 as well as a Universal Binary 2 AU for macOS. In addition to the plug–in, which is supported by top flight, audio–only players like Amarra and Audirvana, MAATgo also includes a “native” or standalone application for use with HRA streaming through services such as TIDAL and Qobuz. Sample rates up to 384 kHz are supported for top echelon HRA content. Perpetual licenses for MAATgo are available now, exclusively from MAAT. Additional information, including user manuals and test files, are accessible anytime at www.maat.digital/maatgo/ on the web.©2021 MAAT Incorporated. The MAAT logo, MAATgo, 2BusControl and GŌN are trademarks of MAAT Incorporated. All other company and product names are trademarks of their respective owners.MAAT Incorporated 101 Cooper St Santa Cruz CA 95060 USMAAT Incorporated, a manufacturer of professional audio solutions, is built on the belief that higher accuracy, exceptional fidelity, enhanced workflows and less visual fatigue are hallmarks of better quality. MAAT is derived from “Mastering Academy Audio Tools,” reflecting the deep connection and practical wisdom derived from years of real world experience. MAAT’s reliance on hard science and in–depth research balanced by extensive listening redefines audio tools for professionals worldwide.