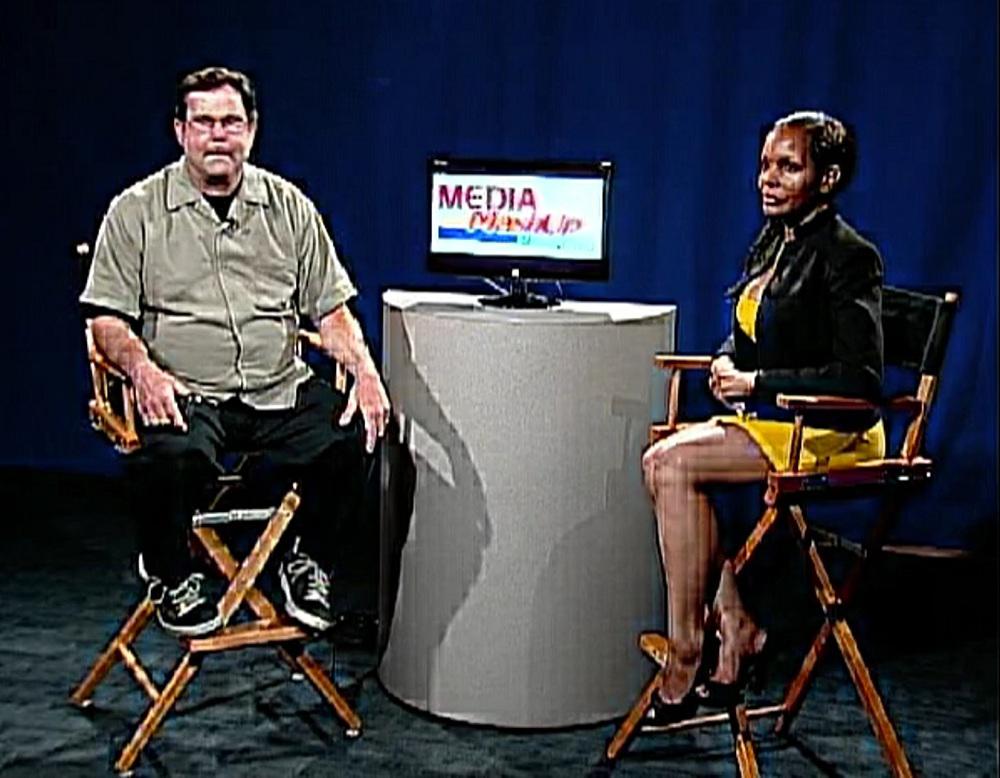 Dr. Leigh-Davis is on the TV show "Media MashUp"

Dr. Leigh-Davis inadvertently gives a lesson in law and the media, during her appearance on the television show "Media MashUp.”The episode of the TV show “Media MashUp” with featured guest Dr. Leigh-Davis is now airing in syndication all over the internet. Although some may find it lengthy, mundane, and similar to the television series of Charlie Rose; “Dr. Leigh-Davis gives a lesson in law and the media that is a lot more exciting than a college classroom lecture,” says editor Jackie Turow.While telling jokes, reciting history, and using real life examples, Dr. Leigh-Davis discusses the current state of journalism and the future of media, among other things.First, Dr. Leigh-Davis answers questions about her television show, “The Legal Analyst;” and describes what it is like being a TV news legal analyst. Then, Dr. Leigh-Davis explains her new position as editor-in-chief of Confidence Magazine. Subsequently, Dr. Leigh-Davis is interviewed about her start as an attorney and law professor. Media MashUp is a TV talk show, exploring all facets of the media industry, and dissecting the differences in print, television, and radio journalism. Dr. Leigh-Davis has been writing, producing, and hosting TV for over 2 decades and she elaborates on how newspapers and magazines are disappearing from media. Also, Dr. Leigh-Davis discloses, the TV show “The Legal Analyst” is now changing to a celebrity focused, “Entertainment Tonight” style television show, with a legal twist.Additionally, Dr. Leigh-Davis discloses: the producers of the TV show “The Doctors,” were considering producing another TV show called “The Lawyers,” and how this led to Dr. Leigh-Davis’ television show “The Legal Analyst.” Finally, Dr. Leigh-Davis speaks about current groundbreaking cases in the legal system; before giving some tips on how to be a great legal analyst. In conclusion, the discussion turns to why some stories get more broadcast coverage than others, like the death of Anna Nicole Smith. Then, there’s a discussion on how cable television and set top boxes, (a.k.a as streaming media boxes,) affect everything. On-air, (after some comments on Anderson Cooper,) Dr. Leigh-Davis says, “I will return soon to Media MashUp. I have been requested for a discussion on The Huffington Post.”Dr. Leigh-Davis’ has two (2) new books on Amazon. Currently, Dr. Leigh-Davis is a full-time law professor who specializes in teaching the subjects of business, tort law, contract law, anthropology, writing, and legal ethics. In addition to being a law professor, Dr. Leigh-Davis is a retired attorney, anthropologist, and popular TV & media personality, who regularly appears as a legal analyst and legal correspondent on NBC news, CNN and Fox news. She is also the former host of the Court TV television show, “The Court is in Session.” More information about Dr. Leigh-Davis’ television, writing and radio projects, can be found on Dr. Leigh-Davis’ official website.Creative Endeavors is a multimedia entertainment company handling ALL CONTENT in, or related to, the entertainment business. Creative Endeavors functions both in front of the camera, and behind the scenes, with its roots in television. Creative Endeavors was originally formed to harness the power of television and offer adults compelling programming – including real-life stories. In all creative markets, from television to books, Creative Endeavors engages viewers with smart, provocative and timely programming – stories that no one else is telling in ways that no one else is telling them. Creative Endeavor’s programming shines a light where others won’t dare and boldly explores important subjects – opening minds, sparking conversations and forming deep connections with its audience. Its audience is comprised of affluent, curious, social and connected adults who crave entertaining, enlightening, witty and informative programming. Creative Endeavors operates globally and has locations in the U.S. and the UK.Creative Endeavors 33 Albemarle Street Mayfair London, England W1S 4BP Contact: Jane Daniels 0844 232 6130 jane@DrLeigh-Davis.co.uk

You can edit or delete your press release Dr. Leigh-Davis’ Very, Very Educational Guest Appearance is Now Syndicated on the Internet here

09-16-2020 | Media & Telecommunications
SmartWork Media
SmartWork Media Acquires ST Media Group Intl.
MONTCLAIR, NJ (September 15th, 2020) – SmartWork Media (www.smartworkmedia.com) has acquired all B2B titles, events, and digital media products of ST Media Group International (www.stmediagroupintl.com). The acquisition of titles is a strategic initiative to integrate the intellectual property of both organizations to create a more dynamic media company that is well positioned to meet the evolving needs of marketers in each respective industry. “SmartWork Media has a stable of powerful award-winning
08-13-2020 | Arts & Culture
New Media Film Festival
New Media Film Festival
INNOVATIVE STORIES & TECHNOLOGY CREATORS FINALLY HAVE THEIR DAY – AUGUST 15TH 2020 NEW MEDIA FILM FESTIVAL AWARDS SHOW The 121 New Media Films & Content from 32 countries that are nominees in the 11th Annual New Media Film Festival® voted. Resoundingly the nominees voted to have an online awards ceremony and forgo an in person festival this year. With 38 World – 15 U.S., and 30 L.A. Premieres and the
09-11-2017 | IT, New Media & Software
kbvresearch
Social Media Analytics Market
According to a new report, “Global Social Media Analytics Market (2017 – 2023)”, published by KBV research, the Global Social Media Analytics Market size is expected to reach $11.6 billion by 2023, rising at a market growth of 28.6% CAGR during the forecast period. The North America market holds the largest market share in Global Social Media Analytics Services Market by Region in 2016, and would continue to be a dominant
10-01-2013 | IT, New Media & Software
Kaleidoscope GmbH
Terminology goes Social Media
The importance of terminology is constantly increasing. Companies struggle to introduce an overall process and to enable the users to benefit from standardized language resources. Often, the key question is: "How do I find and, above all, motivate fellow colleagues for the common cause?" With the new version 5.3 quickTerm now offers many new features especially for these challenges. The wheel of collaborative workflows does not have to be re-invented for
12-13-2011 | IT, New Media & Software
Global Forestry Investments
Brazil's social media boom
The social media craze has been hitting Brazil as the emerging BRIC nation is reportedly becoming one of the most avid consumers of social media in the world. With an estimated 75 million internet users, it is believed that 23 percent of users regularly use Twitter, making that the highest usage anywhere in the world. Back in February, Facebook users in Brazil stood at 10 million. Today, that number
10-04-2011 | Business, Economy, Finances, B …
ngc
MEDIA ADVISORY
Meet the team of National Gift Card (NGC), the leading marketer and supplier of gift cards for use in loyalty, incentive and rewards programs. The agency offers more than 175 major retail, restaurant and prepaid cards along with full-service marketing support, secure online ordering, distribution, fulfillment services and customized programs designed to reach each client’s specific objectives. NGC representatives will be on hand both days to answer media questions about the
Comments about openPR
I can't but agree to the positive statements about your portal: easy to use, clear layout, very good search function, and quick editing!
Jens O'Brien, Borgmeier Media Communication