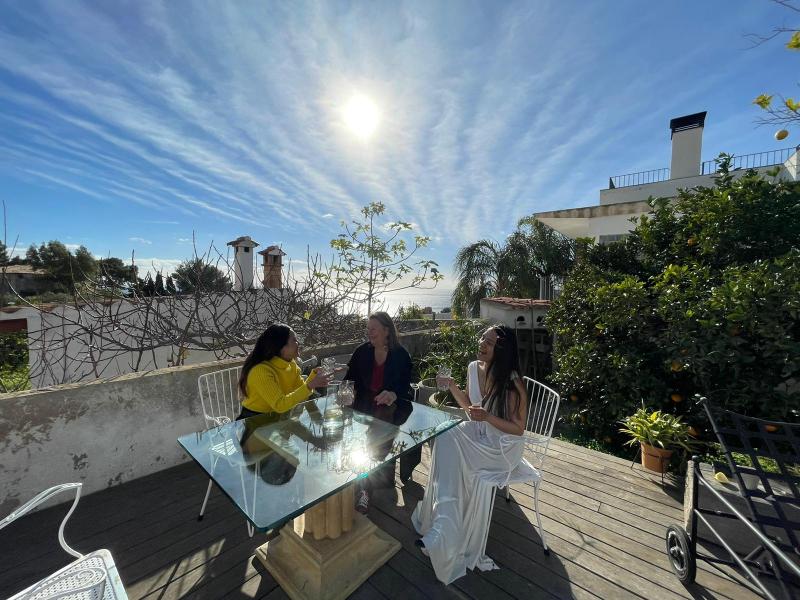 You can edit or delete your press release Mallorca in winter 2020/21: TORRE BLANCA opens the doors for creative minds here

08-09-2021 | Tourism, Cars, Traffic
bellacoola Film Production UG
Gambia's future clearly lies in tourism. Why are the chances for 2022 particular …
Let's take a look at Africa's smallest country. Until 2020, The Gambia was very popular with Europeans and especially British guests, also Germans liked it much. Tour operators Thomas Cook (until it went bankrupt in 2020) and FTI had very successfully included Africa's smallest country in their programs, and now there are efforts to bring back the good times and increase occupancy with more guests from Europe. A closer look at
04-22-2021 | Tourism, Cars, Traffic
bellacoola Film Production UG
The vision of the Philippines without congestion and with a clean environment. A …
The Philippines is a dazzling tiger economy in Asia. In addition to strong population growth, the economy has also had a permanent boost until the outbreak of the Corona crisis in 2020. The interesting island state captivates not only by 7641 partly uniquely beautiful islands, but also by an extraordinarily friendly population. English is understood by every inhabitant of the Philippines. It is not for nothing that hundreds of call
12-14-2020 | Associations & Organizations
bellacoola Film Production UG
DDSGermany is a non-profit organization with growing importance for German-Phili …
Four years ago, a non-profit association was founded in the cozy town of Hamminkeln in Germany on the Lower Rhine to promote movement in German-Philippine relations. This https://ddsgermany.de/ is proving to be a motor for the ever-improving relations between Germany and the Asian island state with almost 7700 islands, the Philippines. The special: DDSGermany e.V. helps people who are in need - in both countries. Also the victims of occasional
11-12-2020 | Tourism, Cars, Traffic
bellacoola Film Production UG
Mallorca, Marratxinet: Recreation & healthy relaxation is offered by an old conv …
Majorca and the Majorcan tourism industry have experienced a painful year in 2020. The success of the Spanish travel industry has suddenly blown away. Mass accommodations and bed castles have not even opened this year. Also Finca operators had it this year extremely heavily, many had to give up. Nevertheless there are some very courageous hoteliers this year, who are unusually successful with unusual concepts. Today I am a guest at

08-08-2017 | Arts & Culture
Quilt around the World GmbH
New Book Release: “Water Variations” by Michaela Mosmüller
Munich, August 8, 2017: The new book titled "Water Variations”, published by Quilt around the World in collaboration with the Austrian textile artist and author Michaela Mosmüller, offers a great source of inspiration for textile surface design. This 96-page book, printed by Books on Demand GmbH, is dedicated to the textile translations of different aspects of the element water. Detailed step-by-step tutorials offer an exciting and entertaining approach to textile surface
05-16-2017 | Business, Economy, Finances, B …
Swiftclean UK Ltd
Teamwork gets Glebe Primary girls fit for football
The year 5 and 6 girls football team at Glebe Primary School, Rayleigh, have their first matching team kit, thanks to Southend based company, Swiftclean Building Services who have purchased 12 sets of kit for the aspiring young team. The girls also received some expert training from Swiftclean’s National Sales Manager, Guy Hadland, a former professional footballer for Aston Villa. Michaela Hembling, Assistant Headteacher/KS1 Lead at the Glebe Primary School
10-23-2012 | Health & Medicine
World Trade Group
Meet with over 120 senior early drug developers to discuss maximising drug inves …
The Early Drug Development Summit is taking place on 3rd-4th December 2012 at the Hotel Palace Berlin, Germany and attracts Europe's most senior early drug developers together to meet, network, and learn. Debate about smart deployment of drug development processes and platform technologies to help maximise new product value and increase the likelihood of new drugs being approved by regulators quickly. Participating in pre-arranged one-to-one meetings, benchmarking and sharing strategies on
01-20-2011 | Fashion, Lifestyle, Trends
der kleine salon
DER KLEINE SALON just opened its new SHOWROOM VIENNA in the lively and hip neigh …
In one of Vienna’s most beautiful buildings, the Majolikahaus by Otto Wagner, der kleine salon has converted the old premises into their new showroom. Surrounded by the buzzing food market and the fleamarket’s turmoil, der kleine salon with its collection of hip designers for children, adds something new to this cult-area. Popular with both locals and tourists, the “Naschmarkt” provides everything from exotic delicacies, homemade traditional food at the farmer’s market
03-23-2010 | Industry, Real Estate & Constr …
VAG-Armaturen GmbH
VAG Valves UK, “Building a Stronger Team”
VAG Valves UK in Partnership with Glasgow Caledonian University and Knowledge Transfer Partnerships (KTP) are undertaking a 2 year graduate development programme. Knowledge Transfer Partnerships is Europe’s leading programme helping businesses to improve their skills base through better use of knowledge and technology that already exists within the UK. VAG Valves UK along with Glasgow Caledonian University will employ a Graduate Engineer to work on new market opportunities for VAG in the
02-18-2010 | Energy & Environment
VAG-Armaturen GmbH
First symposium on “Valves in Nuclear Power Plants”
From 9 to 10 February 2010, the first symposium on the subject of valves in nuclear power plants took place at VAG’s Mannheim headquarters. During the two-day event, guests from ten German nuclear power plant locations attended expert talks, went on a guided tour through VAG’s Visitor Center and were also able to gain insights into the manufacture of special valves at the Mannheim plant. The expert talks covered all relevant subjects,
Comments about openPR
9 o'clock: discuss press release with client, 10 o'clock: submit release to openPR, within the briefest possible time release is published and displayed in a prominent place on openPR.de. I am thrilled!
Zehra Spindler, Calypso Now! - Communication Agency