Dr. Leigh-Davis is Now a Proponent of Online Education 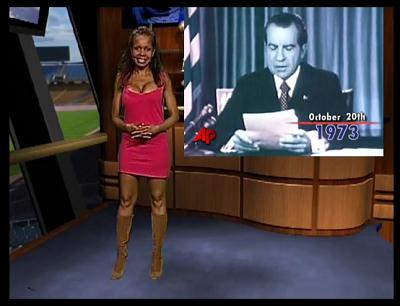 Having only dabbled in the online education market, law professor Dr. Leigh-Davis was skeptical, but now she is aiding in the development of an online education platform.Having recently returned from a lecture series in London, England, Dr. Leigh-Davis was exploring all types of teaching opportunities. Although regularly giving general lectures, Dr. Leigh-Davis’ forte is as a graduate school professor with her areas of expertise being anthropology and law. Among other things, she favors lecturing on tort law, contract law, and legal ethics. “I was trying to find a permanent position in London, or a nearby university town, like Buckinghamshire; when I started receiving many more offers to teach online courses,” Dr. Leigh-Davis explained.Currently, Dr. Leigh-Davis is working with Gaggle & Prezi to develop a legal ethics course that will satisfy basic law school education requirements, as well as, prepare one to pass the MPRE test (Multistate Professional Responsibility Exam,) required of all prospective U.S. attorneys.US News reported, “During fall 2009, online education saw an increase of nearly a million students taking at least one online course.” These statistics prove, what was originally thought of as a trend, has become the new education model. Dr. Leigh-Davis commented, “In the past, I was offered online teaching jobs, which I declined. However now, the technology is more advanced, and the course study is more organized and effective, with a lot more teacher-student interaction.”Online education platforms are usually produced by private companies, like Blackboard. However, MIT has announced it is developing its own platform, and other universities are likely to follow suit. “I am looking forward to teaching more online courses in the future,” Dr. Leigh-Davis concluded.Dr. Leigh-Davis is a law professor who specializes in teaching the subjects of business, tort law, contract law, and legal ethics. In addition to being a law professor, Dr. Leigh-Davis is a retired attorney, anthropologist, and popular TV & media personality, who regularly appears as a legal analyst and legal correspondent on NBC news, CNN and Fox news. She is also the former host of the Court TV television show, “The Court is in Session.” More information about Dr. Leigh-Davis’ television, writing and radio projects, can be found on Dr. Leigh-Davis’ official website.Creative Endeavors is a multimedia entertainment company handling ALL CONTENT in, or related to, the entertainment business. Creative Endeavors functions both in front of the camera, and behind the scenes, with its roots in television. Creative Endeavors was originally formed to harness the power of television and offer adults compelling programming – including real-life stories. In all creative markets, from television to books, Creative Endeavors engages viewers with smart, provocative and timely programming – stories that no one else is telling in ways that no one else is telling them. Creative Endeavor’s programming shines a light where others won’t dare and boldly explores important subjects – opening minds, sparking conversations and forming deep connections with its audience. Its audience is comprised of affluent, curious, social and connected adults who crave entertaining, enlightening, witty and informative programming. Creative Endeavors operates globally and has locations in the U.S. and the UK.Creative Endeavors 33 Albemarle Street Mayfair London, England W1S 4BP Contact: Jane Daniels 0844 232 6130 jane@DrLeigh-Davis.co.uk

You can edit or delete your press release Dr. Leigh-Davis is Now a Proponent of Online Education here

03-25-2019 | Health & Medicine
Smilepod
Smilepod :– Making London Smile!
People often say it is hard to find a dentist you like in London. You want a convenient London Dentist, which provides friendly and professional dental care in an inviting and caring environment. This is the ethos behind Smilepod. All of their 6 centrally located dental practices are within 5 minutes of a tube station. They understand that Londoners are busy and don’t want to miss work to see the
02-19-2018 | Advertising, Media Consulting, …
FirstRank Digital Marketing
SEO Agency London
FirstRank is a leading digital marketing agency based in London, offers Website Development, Search Engine Optimization and Social media marketing service. we provide seamless growth for your business with our digital marketing services and solutions. Our highly competent teams are constantly adding the smile to the faces of our clients. Digital marketing is an investment and our digital marketing Agency focus on returns. In 2012, we started as a SEO company
06-14-2016 | Health & Medicine
Smilepod
Smilepod - Rejuvenate - Facial Rejuvenation London
Rejuvenate at Smilepod are pleased to offer a range of aesthetic treatments in all 7 of our central London studios. Treatments include, Botox, Dermal fillers, and Lip enhancements. All rejuvenation treatments are safely carried out by professional dentists in an approved clinical environment. Dentists have years of medical training and in-depth understanding of the mouth and facial area. Dentists regularly perform intricate procedures so you are in very safe hands. If you
05-21-2012 | Health & Medicine
Otto Bock HealthCare GmbH
London 2012
Off to the Paralympics with 15,000 spare parts Ottobock, the medical equipment company, is preparing for a large-scale operation at the Paralympic Games in London (29 Aug. to 9 Sept. 2012). Some 4,200 athletes are expected at the second largest sports event in the world. In order to ensure technical service for them, Ottobock is sending 78 orthopaedic technicians from 20 countries. The first vehicles are already transporting 9
04-20-2011 | IT, New Media & Software
darcydevelopments
Web Design in North London
Darcy Developments has moved to the West Hampstead area of North London. Originally based in Manchester and building up a strong client base there, including the exclusive Manchester Grammar School, they have decided to up shop and make the move to the big city. They specialise in Web Design, with an emphasis on clean, simple layouts with a strong message associated with it. They also provide ecommerce solutions such as Paypal integration
11-23-2010 | Business, Economy, Finances, B …
Propacea Limited
London House Prices Fall
Property agents in London have reported a record gap between asking prices and actual sales prices. According to analysis by agents Douglas & Gordon, which compared the asking prices on the Rightmove website with those logged on the Land Registry, there is now an average £79,000 gap between the two figures. This compares with a gap of £6,574 in 2003. Buyers now routinely offer £50,000 or more beneath
Comments about openPR
Your portal is fast, simple, and easy to use. Others may have more functions but they also demand more editing time, you have to preformat the text in order to achieve a good result etc. I think openPR is really fantastic!
Andreas Knepper, wallmedien AG