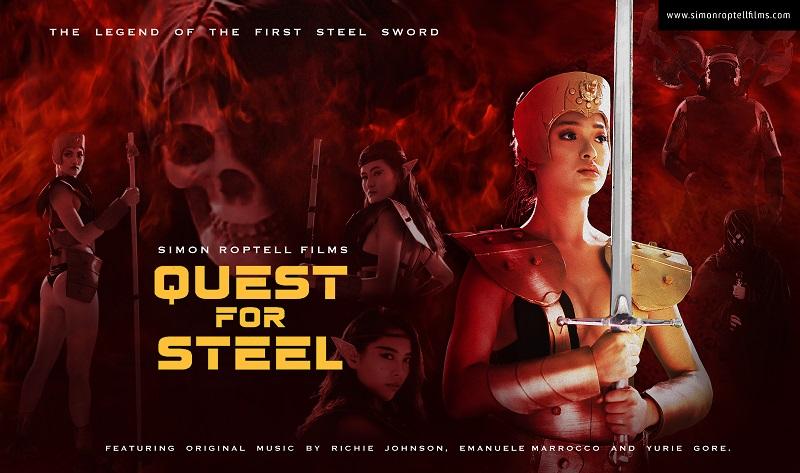 “Quest for Steel” will be released on January 15, 2021, premiering on on-demand platform VOD. The film was directed and produced by Simon Roptell and features young musician Emanuele Marrocco in the cast of composers. A journey into the brutal world of the Bronze Age through the eyes of Tegra, a young warrior in search of the first steel sword that the earth has ever seen. In the background to the journey that will forever change the protagonist’s world and ours, the evocative soundtracks written by the Italian composer. The music featured in the film’s soundtrack will soon be available in all major digital stores. WATCH THE TRAILER - https://youtu.be/Y4BnxqwmqWoBiography: EMANUELE MARROCCO is a musician and composer. Born in 1987, he started studying traditional composition with maestro Giuseppe Mignemi. His academic path currently continues at the Ottorino Respighi Conservatory under the guidance of maestro Maurizio Giri. He has also obtained a master’s degree in film music at the Academy of Cinema in Rome.Ajyankya road, 121 Rajakartra, West BengalMedia and Entertainment News Company

You can edit or delete your press release “Quest for Steel”, Emanuele Marrocco’s soundtrack for the fantasy film directed by Australian director Simon Roptell. here