Former CEO of Hi-Tec Sports, Brad Gebhard, is joining forces with Victory Elixir as the newest board member 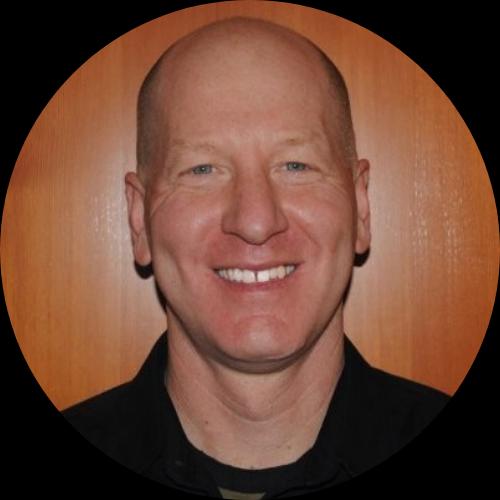 "Gebhard's deep sports and athletic industry experience and leadership roles scaling multi-billion dollar enterprise businesses at various stages and sizes will be an extremely valuable addition to our Board of Directors," said Tomas Salava, co-founder of Victory Elixir. "We've added three new members in the past couple of months, and we're excited by the collective expertise the board will bring to Victory Elixir as we help keep fitness businesses functioning strong and their clients healthy during these trying times." Brad Gebhard has more than two decades of experience in the athletic footwear, lifestyle, and apparel industry. He started his career at Nike in 1990, where he served as a Product Developer for strategic accounts. In 1994, he joined Adidas, where he developed and managed product design and merchandising globally for outdoor footwear, apparel, and accessories. By 2005, he was working for Columbia Sportswear as the Vice President of Footwear. In 2007, Gebhard took a position with Warnaco/Speedo/Calvin Klein as Senior Vice President of Merchandising, E-commerce, and Licensing. He stayed there until 2011 when he became the CEO of Hi-Tec Sports USA. He is credited with developing a turnaround strategy that kept the company solvent. In 2013 Gebhard became the CEO of Intelliskin where he developed and launched new product and technology extensions in the women's performance apparel category. In 2015 he joined American Apparel where he served as President of Global Wholesale and consultant to the CEO. In 2019 Gebhard became Senior Vice President of the Walking Company. "Victory Elixir's leadership position in the market and strong focus on operational efficiency makes it an exciting time to join the company," said Brad Gebhard. "I look forward to bringing my experience as a former brand, marketing, and business development strategies leader to the board."409 N PCH, #370 Redondo Beach, 90277 CaliforniaAbout Victory Elixir Victory Elixir is the only company on the market creating phytochemical-based products for athletes that boost power, endurance, immunity, focus, and recovery: no banned substances, no harmful ingredients, no artificial chemistry. Fueling athlete's minds and bodies with the purest, most transformative performance and recovery products in the world is their priority. They use only organic and 100% pure wildcrafted ingredients sourced from the most earth-conscious farmers, artisans, and manufacturers. Victory Elixir is committed to helping gyms, clubs, and training facilities protect their athletes' health and give athletes confidence and peace of mind to workout again. Victory Elixir is committed to helping athletes achieve their dreams using natural products that support their health and the planet.

You can edit or delete your press release Former CEO of Hi-Tec Sports, Brad Gebhard, is joining forces with Victory Elixir as the newest board member here

06-04-2020 | IT, New Media & Software
Securosys SA
Securosys becomes official HSM provider for OSL digital asset platform
Zurich, Hong Kong: Securosys, a market leader in cyber security, encryption, and in securing digital identities, today announced that it has been named an official Hardware Security Module (HSM) pro-vider for OSL, Asia’s leading digital asset platform and member of BC Group (HKSE: 863). The partnership includes the provision of Securosys’ HSMs for the OSL digital asset platform, which includes market-leading brokerage, exchange, custody, and Software-as-a-Service so-lutions for professional investors and
04-03-2019 | IT, New Media & Software
Securosys SA
Securosys opens office in Hong Kong, strengthening its investment in the Asian m …
Securosys, a Zurich-based leader in cyber security and encryption, has officially opened its Hong Kong office to strengthen collaboration with local partners and customers. "The financial centers in particular are committed to implementing the right industry-leading hardware security solutions for the secure storage of digital assets and their storage and fulfillment," said Robert Rogenmoser, CEO of Securosys. The Asian Fintech market is booming in terms of the Fintech industry and in
11-29-2012 | Health & Medicine
Richard Wolf GmbH
Ulm University Hospital is very satisfied with the core operating management sys …
Reducing operation times and easier surgical procedures by using the latest operating technology were the objectives that the hospital management at Ulm University Hospital wanted to achieve with the introduction of a new operating management system. The management joined forces with purchasers and surgeons to review a range of different operating systems. Ultimately, the choice was made to adopt the core operating system supplied by medical technology company Richard Wolf.
03-28-2011 | Science & Education
TTP LabTech Limited
TTP LabTech Partner with Leading Crystallographer
The mosquito® LCP provides fully automated solution to in meso protein crystallography At the Society for Biomolecular Screening (SBS) conference 2011, TTP LabTech has announced an exciting collaboration with a world leader in membrane protein crystallography. Here, Professor Martin Caffrey, Trinity College, Dublin, renowned for automating and miniaturizing the in meso method, has highlighted a number of attractive features of the new mosquito® LCP instrument. The mosquito® LCP was designed to
07-01-2009 | Industry, Real Estate & Constr …
Fritz Kuebler GmbH
The compact revolution. Kübler presents the first optical multiturn encoder wit …
Kübler introduces a little technological revolution. Technology companies do this quite frequently, however in this case the term is fitting. A new encoder technology, developed with the new Kübler Sendix F36 series, aims to spur on applications in the future; whilst getting rid of technological disadvantages such as wear and ageing or magnetic sensitivity. All the advantages on one chip – this is the motto. In the new
07-10-2007 | Business, Economy, Finances, B …
Dr. Walser Dental GmbH
Ministry of economics and Catholic Charities honour Dr. Walser Dental GmbH for s …
Certificate „Teilnehmer Mittelstandspreis 2007 für soziale Verantwortung in Baden Württemberg“ to Dr. Walser Dental, awarded under the auspices of the minister of economy Ernst Pfister and bishop Dr. Gebhard Fürst On 15th May 2007, Gerhard R. Daiger, owner of Dr. Walser Dental GmbH in Radolfzell, has been honoured in the House of Economy in Stuttgart in the presence of 376 guests out of economy, politics and Church for his voluntary dedication
Comments about openPR
OpenPR ist the nicest and most clearly laid out PR platform I have seen to this day. The press releases are displayed very nicely and clearly and without any unnecessary frills. The updates are fast and the finished release looks appealing and is clearly legible. Even with 16 years of experience one discovers new things from time to time. Congratulations!
Gabriele Ketterl, Director Marketing & PR, Menads