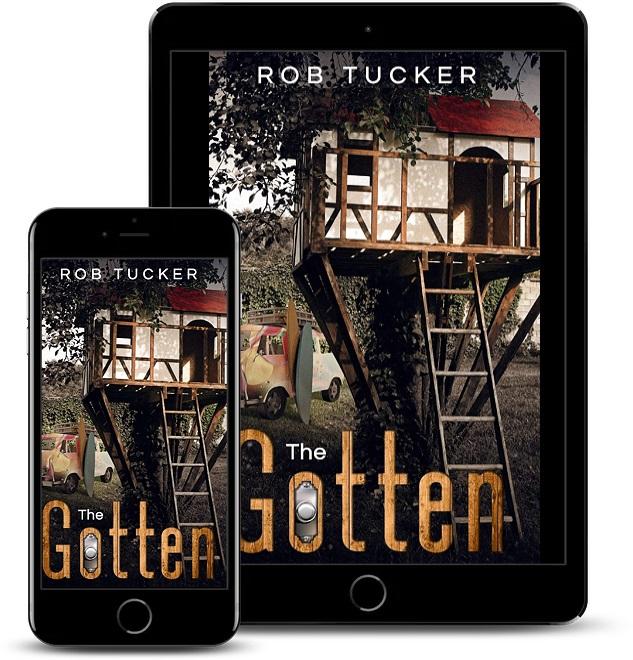 Author Rob Tucker Releases New Literary Young Adult Novel – The GottenAuthor Rob Tucker is pleased to announce the release of his new novel, The Gotten. Released by Tell-Tale Publishing Group in November 2020, the book is already receiving rave reviews from readers and reviewers. In this literary young adult novel by Pulitzer nominated author Rob Tucker, Astrid Sims appears as a self-assured precocious teenager in the 1950s. But all is not what it seems.No one knew about the doorbell until the news story of the boys’ mysterious disappearance.If certain people couldn’t own the doorbell or if it rejected them, they wanted to destroy it and the boys behind it, calling it a hoax.Ivor and Inge Borg have been tracking Astrid Sims, who has escaped from the ancient Norse myth as Skuld, the weaver of the future, fate and destiny of humankind. She’s the norn of the future. Urd of the past and Verdandi of the present. Ivor and Borg need her return so they can continue to spin the threads of life and decide the fate of all human beings. Skuld was reborn and escaped into a new childhood existence. She emerged as a teenager in the 1950s and later as a wife and mother in an American heartland town.The Borgs recruit disappointed miracle seekers. When they threaten the boys to force Astrid’s / Skuld’s return, much to the anguish of their parents, their sons have to disappear. Accused of being a witch and a demon, Astrid spirits the boys into the future. They don’t find what they expect and they don’t like what they find.The Gotten is available for purchase in print and ebook formats. Book Information: The Gotten By Rob Tucker Publisher: Tell-Tale Publishing Group Published: November 12, 2020 ISBN: 978-1952020087 ASIN: B08ND4S19P Pages: 176 Genre: YA Fantasy, Historical Fantasy, Young AdultAbout the Author: Multi-book author and retired business and management consultant with large, medium and small companies in a wide range of industries throughout the country, Rob Tucker resides with his wife in Southern California.He is a graduate of the University of California, Santa Barbara and of the University of California, Los Angeles with Bachelor's and Masters of Fine Arts Degrees. He is a recipient of the Samuel Goldwyn and Donald Davis Literary Awards and has also worked in advertising, corporate communications, and media production.An affinity for family and generations pervades his novels.His works are literary and genre fiction that address the nature and importance of personal integrity.Contact: Website: http://www.rmtauthor.com Twitter: https://twitter.com/AuthorR_Tucker Facebook: https://www.facebook.com/rmtauthor/ Promo Link: http://bookbuzz.net/blog/ya-fantasy-the-gotten-by-rob-tucker/#TheGotten #RobTucker #youngadult #Divergent #strangerthings #BookBuzzBookBuzz.net 59 Heritage Way Drive Rome, GA 30165Website: http://bookbuzz.net/blog/ya-fantasy-the-gotten-by-rob-tucker/BookBuzz.net helps indie authors, hybrid authors, and small publishers promote and market their books. We also help with book reviews, publicity, and more. Let's Create Some Buzz For Your Book!!!