Silence = Absence of Sound NOT Acceptance of Dominance 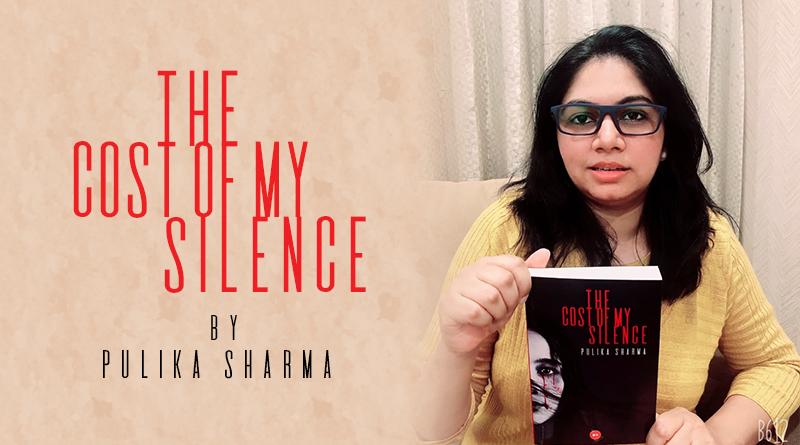 Kolkata, W.B., December 8, 2020—The noun of Silence means complete absence of sound. Yet the same word means prohibit or prevent from speaking when it is a verb. Pulika Sharma in her novel, The Cost of My Silence, penned down the instances where absence of words turned into prevention of words to be spoken. In India, a girl is a Lakshmi; but not the one that parents keep at their locker, the Lakshmi they gift to someone else to be taken care of, ‘Larki paraya dhan hoti hai.’ Emerging from the theory of gifting, the person giving the gift has no say in how the receiver uses it! Are you getting angry to read ‘uses’ in scenario of Marriage? Well, this is the truth and the only possible explanation of many marriages in India and in the world. Why to love her when all you need to do in future is marry her off? She needs to learn how to wipe of her tears when her in-laws hit her and behave badly. “But excuse me, why are you saying all this? You didn’t even get a man to marry, you are 35 and yet unmarried. A shameless girl, finger on your lips!” A girl in an Indian home is a loving daughter until she speaks her heart out. The moment she speaks her heart out and demand for self-respect and equality, she is either spoiled because her mother was not careful enough or her father was too naïve to underestimate how a woman changes when she is allowed freedom of studies. If you practically analyze the situation, we will see that a girl’s family pays for her food, clothing and also for her day-to-day requirements and above that she now demands education, the extra cost and that too for what? A good marriage? Ultimately she will marry someone and leave! “You there! How dare you question our culture? Look at you, you are wearing shorts! Aren’t you the girl who talks to boys and roam around with them? I do not require any cultural ideology lectures from you!” In India, a woman who oppresses another woman or girl in the name of respect for elders and murders her dreams in the name of family values are the woman who deserve to be in a home with all its grandeur. And the woman who fights these people and establishes herself in the society is a spoiled and shameless woman with no dignity. In India, any woman who works till late at night and comes home after 8:30 PM IST is a fallen woman. Remember the poem, Goblin Market? Indians consider every woman who aspire for herself and dream to establish herself as Laura. A woman who chooses not to have babies or cannot conceive for any reason whatsoever is considered a shame to womanhood. “But, hey you, aren’t you the woman who did not have kids? Don’t show your face. Stay away from our country. You bring shame to your family and to the entire womanhood!” Too shocking? No, not at all! This is common. This is the truth. The so-called independent country which is still far away from the freedom to live. You know what is the most heart-wrenching truth among all? All the quotes are said by some women. Yes! Each girl child since she is born is either taught how to cook or taught how to please a man or taught how to maintain silence when her in-laws beat her up for no reason whatsoever. The raging fire of hatred and oppression continues against every woman every day—some known and some unknown. In the name of womanhood, ‘the women’ dominate every other woman, destroy their lives and yet smile on as they are the ‘keepers of the culture,’ ‘pillars of Indian heritage,’ ‘symbol of womanhood.’ Pulika Sharma in her novel, The Cost of my Silence, boldly elaborates the story of Anuradha, or Anu, who faces all the situations with silence because she was the courteous woman of the society who live on with the oppression because society calls for it and if not then her parents failed to raise a courteous human—she is never woman then! The book is a must-read for all women who are in their 40s and who keep on oppressing their daughters, daughters-in-law, sisters and so on just to make them likable in the eyes of the patriarchal society which is led by some matriarch woman who believes the only inheritance the woman of their house are allowed to have is oppression, the same mental and physical torture that was inflicted upon them by their parents or in-laws or society. This book is available on Flipkart, Amazon, Snapdeal, 24by7Publishing Online Shop and Kindle. Buy now and participate in the fight to speak out!24by7 Publishing 13 New Road, Birati, Kolkata 700051, India24by7publishing.com is an ISO certified self-publishing company who aims at walking with the newbie writers on the entangled paths of book publishing to become successful authors. They have been guiding the authors for over a period of 5 years now. Their main branch is in Kolkata but they have successfully comb out many beautiful writers and smoothened their rocky paths and published their awe-inspiring books from all parts of world. Be an author in just 14 days.

03-25-2021 | Leisure, Entertainment, Miscel …
24by7Publishing
Its okay lose but not okay to STOP!
Kolkata, W.B., March 25, 2021—Back 2 Basics is a book of epiphany. It tells us everything that we already know but ignore to acknowledge in our daily lives. We are all aware that life is a never-ending struggle but we are still bogged down when we are faced with difficulties. This book reminds us of the importance of fighting for something we love and not give up when things don’t
09-24-2020 | Politics, Law & Society
24by7Publishing
Marriages are made in Heaven!
If marriages are made in heaven then is divorce God’s intention? For something that God himself intends why does Astrologers defy? Kolkata, W.B., September 24, 2020—“From strangers to husband and wife… happily lived hereafter.” Marriage is a widely acclaimed institution in India to unite lovers. Marriage is not just a ceremony, it is an emotion for everyone. As a blessing we all say, “It is bond that God has decided for
09-16-2020 | Advertising, Media Consulting, …
24by7Publishing
Is gender equality still a myth?
How far have we come since the battle of Sabarimala was won? Kolkata, W.B., August 20, 2020—The September 28, 2018 commenced the journey of India’s battle toward gender equality and woman empowerment. The Supreme Court’s judgment declared that woman are not impure when they menstruate thus they are allowed to enter into the premises of Sabarimala temple. The revolutionary statement that made India stand up against all those rotten criticism and