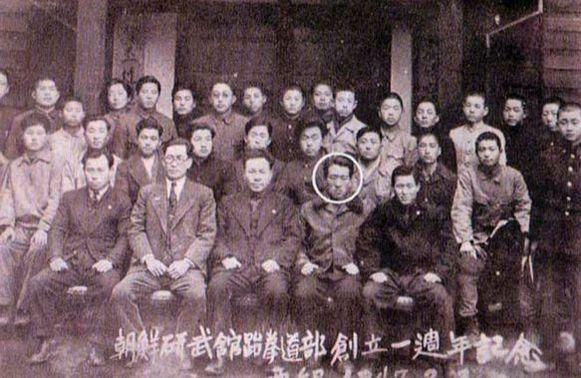 The American Jidokwan Association, one of the leading authorities on Korean Karate in the United States, prepares to celebrate the 75th anniversary of the founding of Jidokwan – one of the nine original schools of martial arts that became known as Taekwondo.The foundation of what would later be called Jidokwan was established on March 3, 1946 by Chun Sang Sup, who was one of the first to bring the Japanese martial art of Karate to Korea. After studying karate in Japan under the renowned “father of modern karate,” Funakoshi Gichin, he returned to his native homeland and began teaching at the Chosun Yun Moo Kwan.During the Korean War, Chun was forced to stop teaching and was never heard from again. After the conflict, several of his students resurrected the school and named it Jidokwan, meaning “School of Wisdom.” The Jidokwan remains strong to this day, overseen by President Lee Seung Wan.The American Jidokwan Association, an official branch of the Jidokwan World Headquarters in Korea, is preparing to honor the 75th anniversary with a seminar of high ranking masters at their National Training Center in Columbus, Ohio.“I am excited to help organize this event in honor of our history and all of the legendary instructors who came before us. This seminar will showcase the root of Taekwondo as a highly effective martial art for self defense, as it was originally intended,” says Bret Gordon, President of the American Jidokwan Association. This historic event will be held on Saturday, March 20, 2021, at the Technician Dojo in Columbus, Ohio, and is open to martial arts practitioners of all styles and ranks.The Technician Dojo owner and headmaster of American Jidokwan, Steven Hatfield says, “When most people think of Taekwondo, they picture sport. They have no idea the potential that the art has with the right mindset and training methods, and that’s what the American Jidokwan Association is all about.” Hatfield’s father, William Sirbaugh, started the American Jidokwan Association and passed it on to Hatfield upon his death in 2009. “I am proud to carry on my father’s legacy. I don’t think he ever envisioned what we’re doing now, being recognized by Korea and all, and this event is held in his honor as well as all of the great masters of Jidokwan.”Both Steven Hatfield and Bret Gordon have a professional history working in the security and public safety fields, which they say drives their dedication to maintaining the art as a viable form of self defense. As such, they work tirelessly to promote authentic Jidokwan (among the other martial arts they teach) with the intention of providing their students and member schools with the most realistic training possible.To request more information about the Jidokwan 75th Anniversary seminar, please contact the organization headquarters below.American Jidokwan Association 209 Capitol Court Ocoee, FL 34761 Contact: Bret Gordon Email: SenseiBret@triomartialarts.comThe American Jidokwan Association is a non-political organization dedicated to preserving traditional Taekwondo. Their goal is to help individual member schools reach their full potential teaching the highest quality of Korean Karate that they can, and their curriculum extends into the senior-most Dan grades to keep everyone motivated and invigorated in their training. For more information, please visit www.AmericanJidokwan.com.

03-23-2019 | Industry, Real Estate & Constr …
Up Market Research (UMR)
Barrier Resin Market with top key players - Chang Chun Petrochemical, Asahi Kase …
The qualitative research study conducted by Up Market Research titled “Global Barrier Resin Market Research Report 2019” provides primary Data, surveys, Scope of the Product and vendor briefings. The market dynamic forces have been determined after conducting a detailed study which provides forecasts investments till 2025. Request Sample Copy Of this Report @ https://www.upmarketresearch.com/home/requested_sample/81700 Barrier Resin Market research report delivers a close watch on leading competitors with strategic analysis, micro and
11-19-2018 | Science & Education
EVOH Resin Market Analysis
Global EVOH Resin Market Analysis & Outlook 2018-2025: Kuraray, Nippon Gohsei, C …
Qyresearchreports include new market research report Global EVOH Resin Market Insights, Forecast to 2025 to its huge collection of research reports. This report researches the worldwide EVOH Resin market size (value, capacity, production and consumption) in key regions like North America, Europe, Asia Pacific (China, Japan) and other regions. This study categorizes the global EVOH Resin breakdown data by manufacturers, region, type and application, also analyzes the market status, market share, growth
09-21-2018 | Business, Economy, Finances, B …
TMR Research
Polyvinyl Alcohol (PVA) Market - Anticipated latest trends 2028 | DuPont, Chang …
Global Polyvinyl Alcohol (PVA) Market: Snapshot Polyvinyl alcohol (PVA) is a water-soluble, colorless synthetic resin mainly used for treating paper and textiles. It adds to the existing strength of textile yarns and makes paper highly resistant to grease and oil. In this manner is serves to prolong their lives by preventing them from easy damage. It is employed as a component of adhesives and emulsifiers too. It acts as a water-soluble
07-31-2018 | Business, Economy, Finances, B …
TMR Research
Polyvinyl Alcohol (PVA) Market - Thorough overview of 2028 | DuPont, Chang Chun
Polyvinyl Alcohol (PVA) Market: Overview Polyvinyl alcohol (PVA), is a synthetic polymer which is soluble in water. It is an important compound utilized in making process in several end-use sectors. The major end-use sectors are construction, food packaging, electronics, printing, coatings, textile, paper, and cosmetics. PVA compound is majorly boosted by the rising demand from the food packaging sector, as it providea more solubility in water is a material with better
01-10-2018 | Business, Economy, Finances, B …
QyResearchReports
Oyster Sauce Market 2017 by Current & Upcoming Trends: Yuen Chun Industries, Win …
Qyresearchreports include new market research report Global Oyster Sauce Market Research Report 2017 to its huge collection of research reports. The far reaching report here collects alternate points of view having a place with the general Oyster Sauce marketplace which verbalizes the all-encompassing day records and destiny exposures as regards to the dynamic forces at play. The prime aim in the examination report is to offer the endorser with a broad
09-11-2017 | Industry, Real Estate & Constr …
Market Report
EVOH Market 2017- Kuraray, Nippon Gohsei, Chang Chun Petrochemical
Apex Research, recently published a detailed market research study focused on the "EVOH Market" across the global, regional and country level. The report provides 360° analysis of "EVOH Market" from view of manufacturers, regions, product types and end industries. The research report analyses and provides the historical data along with current performance of the global EVOH industry, and estimates the future trend of EVOH market on the basis of this
Comments about openPR
OpenPR is clearly structured and remains true to its principle of confining itself to the essential parts. OpenPR has proven to be a very good and reliable partner to our media agency: Within the shortest time the releases are online and go down well with the media representatives. The success of OpenPR is reflected in the steadily increasing number of press releases. It is good that OpenPR exists!
Ursula Koslik, Director Marketing & PR, F+W Hamburg