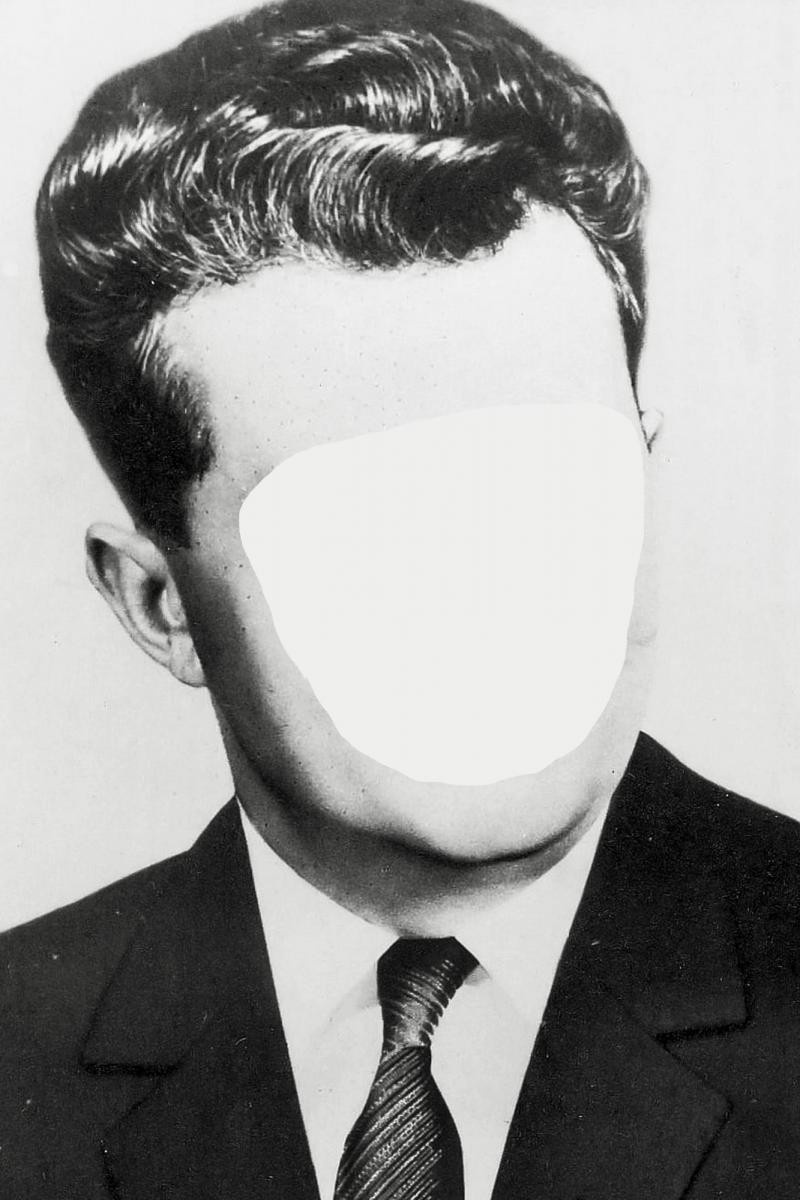 The show includes also the new photo book by Anton Roland Laub with the eponymous title, published by Kehrer Verlag, Heidelberg, with contributions by Frizzi Krella and Lotte Laub.

* Due to pandemic regulations, the gallery of the Romanian Cultural Institute Berlin will be closed to visitors. Updates and further information will be published on the following websites:

A seismographic search, dysfunctions of a system, 30 years after the 'stolen revolution' in Romania

At the end of 2019, 30 years after the system change, an EU resolution was passed calling on the Romanian state to officially process the past events. While the overthrow of other communist dictatorships in 1989 was mostly peaceful, Romania’s revolution ended in a bloodbath. To this day the dead have not been atoned for. Perpetrators who have not been called to account remain a threat, like the undead, sucking the blood and thus the life-force of the living, as the vampire myth puts it.

Through a rapid visual choreography, artist and photographer Anton Roland Laub recounts the fall of Romanian dictator Ceaușescu. On his escape on December 22, 1989, Nicolae and Elena Ceaușescu are arrested at Târgoviște, of all places where Vlad the Impaler alias Dracula once resided. On Christmas Day 1989, the couple is sentenced to death in a brief show trial. The death sentence is carried out immediately. On 26 December, the Christmas mass was broadcast live on Romanian television for the first time. The images of the execution go around the world on the same day.

This look back in time includes historical image crops and stills from the TV screen underlaid with television noise, similar to the disruption images in television in the 1980s. Parallel to this, a typewriter is shown in front of a green-screen, telling of the surveillance of the system’s critics, a look into the interior of a draconian regime, broken, tangled and gridlocked.

After his trips to China and North Korea in 1971, the personality cult around Ceaușescu took on absurd traits. Mao-Cescu was called the dictator behind closed doors. As the Titan of the Titans, Genius of the Carpathians, Honey of the world, The chosen one, Ceaușescu allowed himself to be worshipped. During the 1980s there were persistent rumours of a bathroom of pure gold that was supposedly to be found in the Ceaușescus’ private house in Bucharest. This rumour articulated the people’s powerless rage about the vast discrepancy between the rulers’ wealth and the people’s own extreme poverty. From the empty bathroom, that can now be visited, the banality of evil looks back at the viewer. The Ceaușescus’ private home has been opened to the public, as have the place of execution and the Casa Poporului, the ironically named “House of the People”, for which an entire historical city neighbourhood was demolished. Anton Roland Laub deals with all three places, which today are museums and at the same time "traumatized" places, silent witnesses of an undead past, degraded to curiosities for tourists, in which the echo of the personality cult still sounds today.

The work is a seismographic search, using images to permit painful questions about the stolen revolution of 1989 and to break the walls of silence that have blocked the just processing for the past 30 years. After his first widely acclaimed book Mobile Churches (Kehrer Verlag, 2017), Anton Roland Laub combines photographs from the series Of Titans and Geniuses (2017-2019), Ășțî (2020), Noise (2020), Last Christmas (2018-2019), Size Matters (2015-2019) in LAST CHRISTMAS (of Ceaușescu) to form a pointed and astute photo essay.

Frizzi Krella, born in 1970 in Dresden, is an art historian, author, and curator. She studied art history, archaeology, and Romance languages and literatures in Berlin and Paris. She has published on Dresden painting, the Dix school, and contemporary artists. In her curatorial work, her writing, and her artist talks, she addresses the development of contemporary art since the 1960s. She lives and works in Berlin and is acting chair of the advisory board on fine art at Guardini Stiftung. She is also the programme curator of Guardini Galerie, and in addition cooperates with several other institutions.

Lotte Laub is a Berlin-based curator and arts writer. She obtained her PhD at the Friedrich Schlegel Graduate School of Literary Studies at the Freie Universität, Berlin with her dissertation Gestalten durch Verbergen. Ghassan Salhabs melancholischer Blick auf Beirut in Film, Video und Dichtung (Revealing by Concealing. Ghassan Salhab’s Melancholic Glance at Beirut in Film, Video and Poetry), published by Reichert Verlag in 2016. In 2010, she received a research fellowship from the Orient-Institut Beirut and in 2015, after completing her PhD, an Honours Postdoc Fellowship from the Dahlem Research School at the FU Berlin. She worked previously at the Gropius Bau in Berlin. Since 2016, she has been working curatorially and editorially as Program Manager for Zilberman Gallery in Berlin.

Born and raised in Bucharest, Anton Roland Laub lives and works in Berlin. He received an MA degree from the weißensee art academy in Berlin in the class of Prof. Andreas Siekmann and Prof. Alice Creischer. Previously, he completed his studies at the New School for Photography, Berlin, and graduated from the media and communication science department at the University of Bucharest. Romania’s recent history, as well as the legacy of Ceaușescu’s dictatorship, are one of the main focuses in his artistic practice. His work is based on extensive research and engages with subversive approaches in decoding reality constructions, proxy strategies and phantoms of power.

In 2018, he was a finalist for the New Discovery Award at the International Photography Festival Les Rencontres d’Arles. In 2017, he was nominated for the Dummy Book Award at the Unseen Photography Festival in Amsterdam and also at Les Rencontres d'Arles. The resulting photobook “Mobile Churches”, published as a trilingual edition (De/Fr/En) by Kehrer Verlag in Heidelberg, was shortlisted for the FOLA Photobook Award in Buenos Aires. He has exhibited a.o. at FORMAT Photography Biennale, Derby; European Month of Photography, Athens and Berlin; Photo Saint-Germain Festival, Paris; MakeCity Festival, Berlin; atelier35, Bucharest. His work is included a.o. in the Book and Media Art Collection of Staatliche Museen zu Berlin, the Archive of Les Rencontres de la Photographie, Arles; the Collection of the Berlin Wall Memorial Museum; the Collection of the Bucharest Municipality Museum.

You can edit or delete your press release Photography Exhibition and Book Launch at the Romanian Cultural Institute in Berlin: Anton Roland Laub - Last Christmas (of Ceausescu) here