A Dark Future For CS:GO 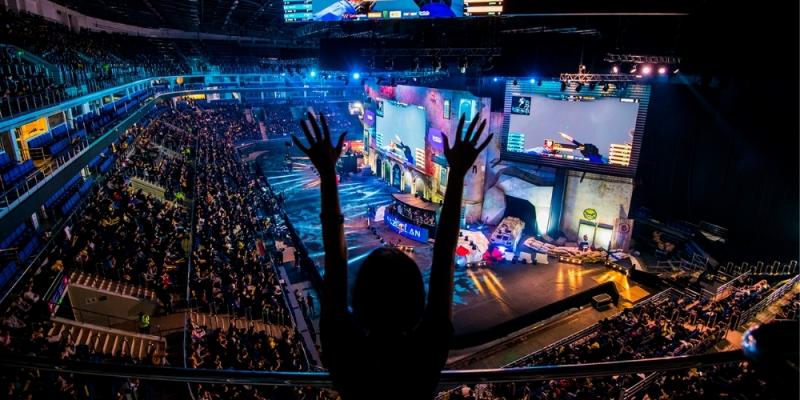 In the growing world of esport, one first-person shooter game has stood the test of time through multiple decades, which is Counter-Strike. But the tides might be changing, as some of the biggest game developers are starting to compete for the esport fans’ attention with new games on the horizon.Is Valorant a Threat to Counter-Strike?Games such as Valorant has had a huge impact on the professional Counter-Strike scene, as many of the pro players have switched to this new contender. Mainly due to the reason that Valorant offers the closest experience to what Counter-Strike has been doing for years.The developer behind Valorant, Riot Games, has already created the most popular videogame in the world, League of Legends. They have all the tools to make Valorant their next successor in the world of esports, and is one of the major reasons that Counter-Strike might be in trouble.Valorant has already cemented itself as a big threat, with viewing numbers comparable to the biggest games on streaming services such as Twitch. And it looks like the game will keep increasing in viewers for many years to come.Can Counter-Strike Keep on growing?Despite games such as Valorant competing for the viewers and player base, Counter-Strike keeps on growing larger and larger. More tournaments are held each year, with bigger prize pools for every event. On top of that, the salaries that the biggest organizations offer to the players keeps increasing.A key factor for Counter-Strike’s continuous success is the fans. The game has one of the most loyal fanbases, that invests many hours of their lives into following their favorite teams, which they could have a hard time keeping if more professional players switch to Valorant.This also happens to be some of the few things that keep the game from falling in viewers, as the game itself has a hard time adapting to the needs of the player base, that keeps evolving. And they need to rely on more than the esports scene, in order to maintain the game’s popularity in the future.So what happens next for CS:GO?The game has as mentioned, been popular for many decades, and will have to reinvent itself at some point to keep that trend going. Whether the right answer is investing more into the esports scene or updating the game for the better, is still uncertain.But seeing that the game has survived as an esports under a pandemic, it might be a sign that the game isn’t done just yet.Only time will tell what happens to Counter-Strike, and we will just have to wait and see how Valve and the people around the game make sure it stays alive.eManager Sønder Boulevard 38 1720 København https://emanager.gg/Glen Michaelsen Phone: (+45) 40 24 24 46 Mail: glen@emanager.ggeManager makes esport for everyone. Our focus is Counter-Strike and FIFA and we want to make it easier for casual viewers to enjoy the world of esport.

You can edit or delete your press release A Dark Future For CS:GO here

02-24-2022 | Business, Economy, Finances, B …
Transparency Market Research
Internet Sports Betting Market Progresses for Huge Profits during 2031
Transparency Market Research delivers key insights on the global Internet sports betting market. In terms of revenue, the global Internet sports betting market is estimated to expand at a CAGR of 12.1% during the forecast period, owing to numerous factors regarding which TMR offers thorough insights and forecasts in its report on the global Internet sports betting market. Get More Information @ https://www.transparencymarketresearch.com/internet-sports-betting-market.html The demand for real-time sports streaming is projected to
11-20-2021 | Advertising, Media Consulting, …
Market Insights Reports
Vehicle Speech Recognition System Market Astonishing Growth with Top Influencing …
Latest research on Vehicle Speech Recognition System Market report covers forecast and analysis on a worldwide, regional and country level. The study provides historical information of 2015-2021 together with a forecast from 2021 to 2027 supported by both volume and revenue (USD million). The entire study covers the key drivers and restraints for the Vehicle Speech Recognition System market. This report included a special section on the Impact of COVID19.
12-28-2020 | Sports
3D Aim Trainer
3D Aim Trainer X FNATIC
FNatic launches online Christmas Game in partnership with 3D Aim Trainer 3D Aim Trainer, the aim training platform developed an exclusive online game in its first collaboration with FNatic to help the gaming community celebrate the Holiday Season in their own style. FNatic has released the game on December 17th, 2020 for a limited period where players are competing in the shooting game taking place in a Christmas-themed field covered in
Comments about openPR
OpenPR is clearly structured and remains true to its principle of confining itself to the essential parts. OpenPR has proven to be a very good and reliable partner to our media agency: Within the shortest time the releases are online and go down well with the media representatives. The success of OpenPR is reflected in the steadily increasing number of press releases. It is good that OpenPR exists!
Ursula Koslik, Director Marketing & PR, F+W Hamburg