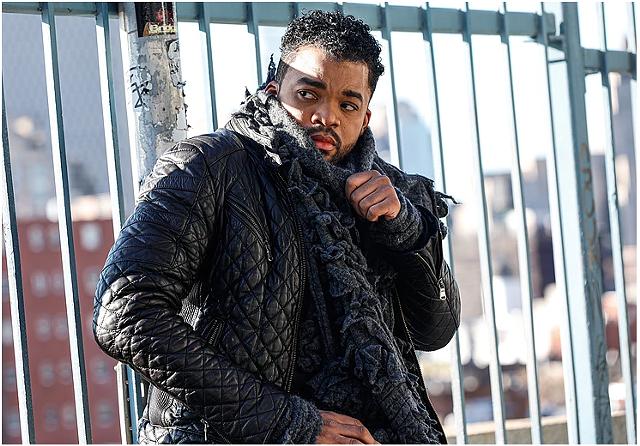 Brookly rapper Buggzy Hoffa releases new single “Pray On”, that addresses the pandemic, the election, racial tensions and everyday life in America. Buggzy Hoffa recently signed to Hip Hop Veteran, Pioneer, and Heavyweight Eric B (of Eric B & Rakim fame and Blue Bloods) Eric B Music Group/Sony and decided to go in another direction from his chart ranking singles in Firehose (peaking at #23) and current single that is climbing the charts “Head Bussa” (#27 on R&B/Hip Hop Charts). “Pray On” has a great feel with an infectious hook that can be played anywhere. With listeners of all ages being able to enjoy the song. One can easily surmise you may hear this record everywhere before the new president takes off in late January. After listening to some of Buggzy’s former releases we were inclined to ask what was his inspiration. “Swisher called me and said he had a song for me. I heard the track and immediately knew this song would be different than everything I was doing. With covid, the election, black lives matter movement, and the way life has changed so quickly inspired me to create the song”, he stated. When asked did he feel hope from the elections he stated, “I feel hopeful that people have a desire to have an America that we all can love. Not just a chosen few. I may benefit from some of the policies of 45 but what is being able to take a few more trips private or cop some really nice toys in comparison where my neighbors aren’t eating, or afraid for their children to leave the house. We have an opportunity to truly make america great again without the rhetoric, racist dog whistles, and people undermining other people’s rights to the pursuit of life, liberty, and pursuit of happiness. That is my hope to see everyone have a chance at the American Dream” Check out the “Pray On” on Youtube, Itunes and anywhere else you get your musicBeing in the industry for 24+ years teaches you a thing or two. Buggzy Hoffa a native of Brooklyn, New York, originally Brandon Wilson, who describes himself as a made man has been in the entertainment industry since the age of 6. A thirst for creative freedom is what inspires Buggzy Hoffa. The self-proclaimed geek with char- acteristics of being hard to read, mysterious and egotistical, but with a heart of gold, explains his strong dislike of barriers and con- trol schemes. Creation is some- thing Buggzy is in love with. “Be- ing creative with other creators is spiritual” he says. Buggzy finds creative expression through music the most passionate of all, which naturally led to the creation of Black Diamond Mafia- TheGameTV - Pescara (Italy), Via Del Santuario 160, 65125 - agency@thegametv.orgTheGameTV is an Italian agency who works with singers, youtubers and other web agencies for their promotion. In 2018 we worked with Live Nation IT to promote a live concert of the italian band "Negramaro". We also worked with Rare UK to promote "Sea of thieves". Now we are helping the Italian singer "Andrea Pimpini" as a press office