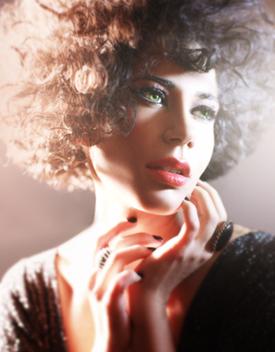 An exclusive license agreement has been reached between Sweet Soul Records and Australian born neo-soul and jazz singer ORLY paving the way for Japan distribution of ORLY’s latest release, “Distraction,” in both physical and digital formats. Tokyo, Japan: Today, Tokyo-based SWEET SOUL RECORDS, parent company lifesound, Inc., officially announced that an agreement has been reached with ORLY for nationwide distribution of her latest album “Distraction.”“Distraction,” set for Japan release on April 25, 2012, contains 9 newly-released tracks and 6 Japan-exclusive bonus tracks from her debut self-titled EP released in 2009. Powerful songwriting, high quality production, and an angelic voice gives ORLY’s music so much life. Capturing the essence of Soul and Jazz, ORLY has created her own brand of neo-soul. She impressively combines her long-standing love of soul music with the influences of her early jazz career. Having performed in the USA, Australia, New Zealand and throughout Europe, ORLY has been winning fans across the world. Her compelling voice, true-to-life lyrics, and profound passion for music, come together in sophisticated songs, impressing musicians and audiences alike.Currently living in Manhattan, ORLY is taking on the city, with regular appearances at some of New York's most popular venues, Rockwood Music Hall, The Living Room, and The Groove, alongside New York’s finest soul and jazz artists such as Dani Elliott, Mark Palmer, and others.The influential US soul website SoulTracks had this to say about her song titled “Sit Back”… ““Sit Back” is seductive, sophisticated, confident, and will melt any jazz or soul fan. As a fan of live instrumentation, I found the production on this track to be faultless, as Orly's vocals drift effortlessly over them asking us to sit back and think of her kiss. I could have listened to that track all day; that 5 minute morsel just was not enough.”Naoki Yamanouchi, lifesound, Inc. CEO adds, “Since I first heard ORLY’s EP, the thought of releasing her music in Japan someday never left my mind. Now that SWEET SOUL is a much stronger and recognizable label, we are confident that with her new release we will be able to promote the album properly here in Japan and internationally. We are extremely grateful to have this opportunity to work with ORLY and to share her music with all soul music lovers here in Japan.” “Distraction” will be released in Japan by SWEET SOUL RECORDS on April 25, 2012.About SWEET SOUL RECORDS SWEET SOUL RECORDS, parent company lifesound, Inc., is based in Tokyo and our main goal is to promote soul music in Japan in all its forms. We are doing this by creating our own brand of soul music, and at the same time, promoting international artists who we feel can help increase the number of loyal Japanese followers by “spreading real music.”Contact: SWEET SOUL RECORDS Terranova Bldg. 36-7 Oyamacho, Shibuya Tokyo, Japan 151-0065 Email: info@sweetsoulrecords.com Phone: +81 3 6416 8690 Website: http://www.sweetsoulrecords.com/