Lal Bhatia falsely convicted on fabricated and trumped up charges in the United States. 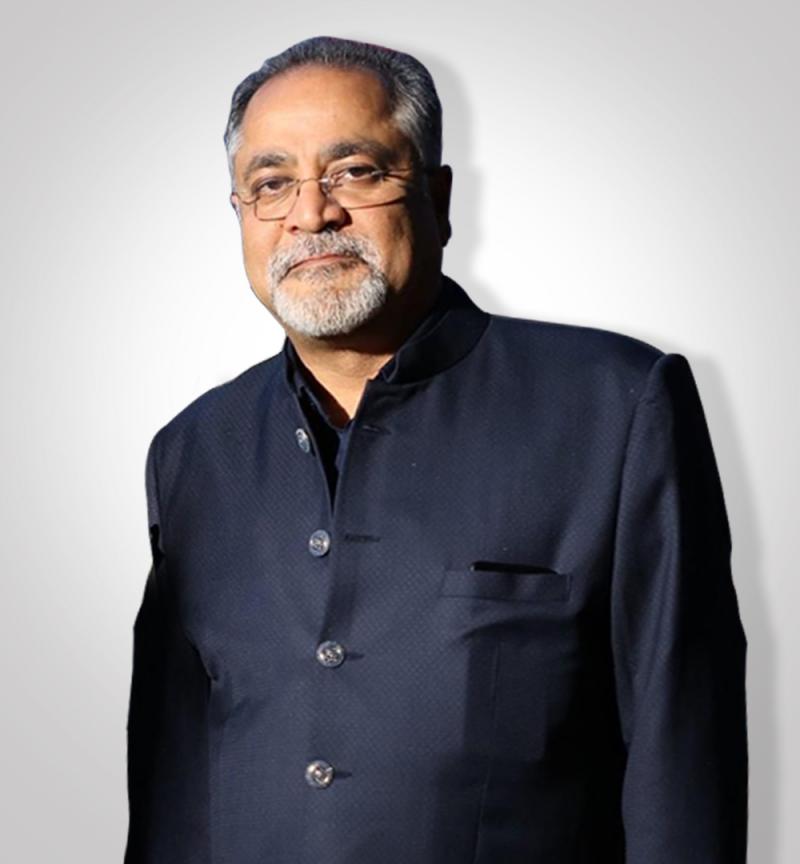 Lal Bhatia falsely convicted, turns his incarceration into a tell-all book, Indicting Goliath, which vindicates the vile underbelly of the fabrication and trumped up charges against him, by Mon Wig and the government of the United States, and the FBI and Banks in he UK, whom he calls the ‘Goliath’.Lal Bhatia, a citizen of India, but working in the the United States at that time, and had been falsely indicted on charges that have now been deemed as fraudulent and false. In his 13 year journey fighting against the system, he recounts the horrifying saga of lies, deceit, power, and mental and physical torture.Denied representation, he fought the case on his own and as he quotes, “It took over 50 attempts and 13 years (from 2004 through 2017) taunting seasoned federal judges; veteran prosecutors; experienced investigating agents; hardened prison wardens; vile snitches; inglorious powerful individuals; and despicable others for “Goliath’s” (United States Government) punches to become a furious blur… And on June 1, 2017 and again on June 23, 2017, twice, “Goliath,” through its attorney, recognized: I had “been physically, economically, and mentally tortured, persecuted and victimized, including, falsely charged, falsely indicted, falsely convicted, and falsely incarcerated because in pursuing Wig and others prosecution I sought to publicly expose their specific crimes…”Who is Lal Bhatia Lal Bhatia is an entrepreneur, a global thought leader, motivational speaker, innovator and disruptor. As a Brand and strategy Consultant he has conceptualized and developed new business models in Change Management, Business Development, Film production, Brand development, Good Governance and Strategy for Digital Transformation, including Team Building. He has more than 33 years experience in business strategy and management experience with various small and large organizations assisting in strategizing, branding and opening new markets. His vast network of diverse professionals spans every corner of the globe.He has been involved with numerous projects with the Govt of India, most recently with Ministry of AYUSH, Govt. of India and the National Human Rights Commission, India on development, women safety and public awareness (pandemic-related) videos and films. Bhatia has been a Chief Guest and Keynote Speaker of various reputed forums in India and globally, including the IITs, The Institute of Chartered Accountants of India, Institute of Eng. & Management, India and National Convention of the della Regione Siciliana, Sicily, Italy. He has won awards from leading publications, has also been felicitated by governments in Italy and India. What was Lal Bhatia’s case? Lal Bhatia took on the powerful Seattle-based Wig Properties LLC’s Managing Member Manmohan K. Wig, and with that the collusion of the offices of, the United States Department of Justices’ prosecutor Stephen G. Corrigan; Federal Bureau of Investigation, Special Agent Janet Berry and others, who sheltered Wig’s crimes which included Wig’s bulk cash currency that was transferred and deposited in safe-deposit boxes at Bank of Credit and Commerce Limited, London, England (BCCI); and transported in armored vehicles or flown from Mexico into the United States, through Wachovia Bank, and bulk cash currency laundered through Barclays, the British Bank; Credit Suisse Group; and ABN Amro Bank.Lal Bhatia had identified, specified and detailed, dates of Mon Wig's millions were laundered; amounts, methods used, bank account numbers, conduits used by Mon Wig to launder the millions and through the past decade these questions remained unanswered for over a decade. It has been over 13 years, Bhatia questioned and has not received the answers. The main questions are1. Which members of Wig’s Group conducted questionable transactions, that compelled Mon Wig and the corrupt government officials to fabricate facts to frame Lal Bhatia?2. Who suppressed the incriminating documents establishing the fabricated investigation that led to the Lal Bhatia’s false convictions, in order to conceal and protect Mon Wig's crimes?3. Where are the notes memorializing, including, in exchange for assisting Wig conceal his crimes and diverting the FBI's investigation of Wig to Lal Bhatia, one prosecutor became a California State Court judge and another got a high-paying position in a prestigious law firm?4. How could the prosecutor and FBI Agent, knowingly permit Wig and his cronies create the fictitious financials and other documents for the BCCI-Allied Group and Sherwin and Noble, that was ultimately found on my computers?5. Whether there is good reason to believe that whenever AUSA Corrigan and FBI Agent Berry discovered that Mon Wig engineered the fabricated investigation that led to Lal Bhatia’s false conviction, in order to conceal Mon Wig's specific money laundering crimes, they allowed it to go uncorrected?6. How much time would Mon Wig and his cohorts' face if the aforesaid crimes were pursued?In this book Indicting Goliath, Bhatia took on the powerful government, banks, the FBI and showed how for exchange of favors and bribes, the prosecutors fabricated false charges, to convict and incarcerate him to conceal the dealings of Seattle-based Mon Wig and thereby sheltered Wig and his dealings.Proving that he has been falsely implicated and convicted, has been an arduous task as it is against the ‘Goliaths’ who chose to be bribed to conceal ill dealings. The book relies on court documents and calls for investigations of the corrupt government officials who continue to shelter Wig and his illicit and illegal crimes.Speaking Mirror Kolkata, West Bengal, 700026Speaking Mirror takes a holistic approach in the digital needs of the brands/people we work for.

You can edit or delete your press release Lal Bhatia falsely convicted on fabricated and trumped up charges in the United States. here

08-09-2022 | Business, Economy, Finances, B …
Transparency Market Research
Wig Caps Market to Rear Excessive Growth during 2027
A wig cap is a clothing item to protect the sensitive scalp and keep the wig secure and comfortable. It provides an extra layer of comfort to the scalp. Increasing purchasing power, expansion of online platforms, and low manufacturing cost are major factors driving the global wig caps market. Several types of wig caps are available, based on material and design. Some market players also offer caps with net or cotton
09-16-2021 | Advertising, Media Consulting, …
Report Ocean
Wig Market Exceptional Business Performance | Minghui, Artnature, Rebecca
Report Ocean released a report that presents a detailed analysis of the Global Wig Market, along with insights into key factors which drive the market. The report is a comprehensive and systematic analysis of the market, providing key statistics on market developments, analyst opinions, competitive landscapes, and regional analysis, among other factors. This report presents a comprehensive and expert analysis of key business trends and market forecasts for Global Wig Market.
07-13-2020 | Fashion, Lifestyle, Trends
Afrocenchix
Afrocenchix Launches ‘Under The Wig’ Hair Care Set
#UnderTheWig Because wig or not, your hair should get the best care! – The Afrocenchix Under The Wig Set features five, full sized products with a guide and gift towards The Renatural’s Wig Fix™. – Afrocenchix’s aim is to help wig-wearers put their health first, while looking after their hair. – Customers can opt to subscribe to the Under The Wig Set, automatically receiving to their products at the frequency of their choice. Wigs
06-18-2020 | Health & Medicine
Wigs for Men
A “social” male’s wig for mental health
Hair loss is one of those natural phenomena that affects almost every man sooner or later. However, there is still a stigma attached to this topic. In 2017 Kerry Montgomery and colleagues made the scientific discovery that hair loss in men can still trigger generalized and social anxiety as well as depression (BMJ Open, doi: 10.1136/bmjopen-2016-015468). Although there are now drug treatments for hereditary hair loss in men, these are often
05-19-2020 | Fashion, Lifestyle, Trends
HTF Market Intelligence Consulting Pvt. Ltd.
Wig Market Shaping from Growth to Value: ThyssenKrupp, Metso, Andritz
The Global Wig Market Market has witnessed continuous growth in the past few years and is projected to grow even further during the forecast period (2020-2025). The assessment provides a 360 view and insights, outlining the key outcomes of the industry, current scenario witnesses a slowdown and study aims to unique strategies followed by key players. These insights also help the business decision-makers to formulate better business plans and make
11-15-2018 | Business, Economy, Finances, B …
Wig Market Report 2018
Wig Market Report 2018: Segmentation by Product (Covered Hair Wig, Hair Extensio …
Global Wig market research report provides company profile for Fortune Fashion, OSCAR, Jifa, Shenlong, ZhongYu, Dragon Proof, Aderans, Artnature, Hair Zone, SNG, Rebecca, Hengyuan, Ruimei, Sunshine Hair and Others. This market study includes data about consumer perspective, comprehensive analysis, statistics, market share, company performances (Stocks), historical analysis 2012 to 2017, market forecast 2018 to 2025 in terms of volume, revenue, YOY growth rate, and CAGR for the year 2018 to
Comments about openPR
9 o'clock: discuss press release with client, 10 o'clock: submit release to openPR, within the briefest possible time release is published and displayed in a prominent place on openPR.de. I am thrilled!
Zehra Spindler, Calypso Now! - Communication Agency