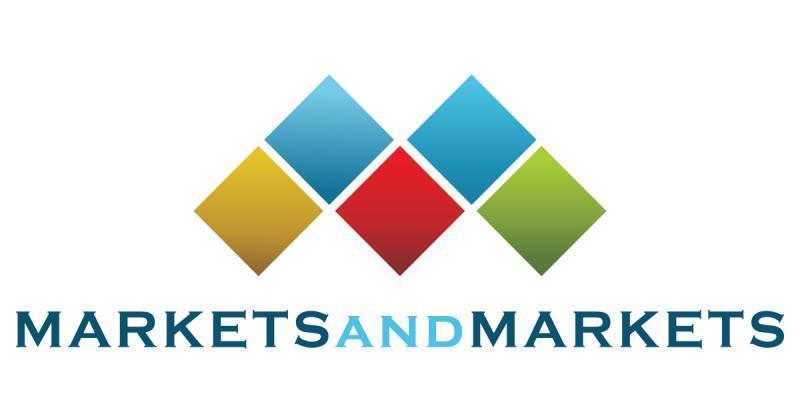 According to the new market research report "Hydrogen Generation Market by Generation, Application (Petroleum Refinery, Ammonia Production, Methanol Production, Transportation, Power Generation), Technology (Steam Reforming, Water Electrolysis & Others), Storage, and Region - Global Forecast to 2023", MarketsandMarkets: The hydrogen generation market is projected to reach USD 199.1 billion by 2023 from an estimated USD 135.5 billion in 2018, at a CAGR of 8.0%.

The hydrogen generation market is expected to register a CAGR of 8.0% from 2018 to 2023. The growing emphasis on decarbonizing energy end-use, increasing fuel demand in the transportation sector, and government regulations for desulphurization are few of the main factors driving the hydrogen generation market. Hydrogen is an indispensable element having an outstanding energy carrying capacity. It has widespread applications in various industries such as petrochemicals, agriculture, and electronics. As a clean fuel, it has a propitious future in the fuel cell technology and automobile industries.

The captive segment will continue to dominate the hydrogen generation market, by generation type, during the forecast period

The hydrogen generation market is segmented, by generation type, into captive and merchant. The captive segment accounted for the largest market size in 2018. The dominance of the captive generation segment is expected to continue throughout the forecast period. The demand for captive hydrogen is primarily from petroleum refineries where it is used to reduce the sulfur content of diesel.

Transportation segment, by application, is projected to grow at the highest CAGR during the forecast period

Based on application, the hydrogen generation market has been segmented into petroleum refineries, ammonia production, methanol production, transportation, power generation, and others. Among these, the transportation segment is projected to register the highest growth during the forecast period. The growth of this segment is driven by the increasing market penetration of fuel cell cars and trucks, which can reduce emissions by over 30% compared with their gasoline-powered counterparts.

The Asia Pacific market is projected to grow at a CAGR of 8.0% during the forecast period to reach USD 90.8 billion by 2023. This growth is expected as the region is the largest producer of ammonia and has the highest refinery throughputs. Also, the rising demand for fuel cell electric vehicles in countries like China, Japan, and South Korea is expected to stimulate the growth of this market in the Asia Pacific region.

This research report categorizes the hydrogen generation market based on generation and delivery type, technology, application, storage, and region.

Based on generation and delivery type, the global market has been segmented as follows:

Based on technology, the global market has been segmented as follows:

Based on application, the global market has been segmented as follows:

Based on storage, the global market has been segmented as follows:

Based on region, the global market has been segmented as follows:

The prominent players in the hydrogen generation market are Air Liquide (France), Linde (Germany), Praxair (US), Air Products and Chemicals (US), Ballard Power Systems (Canada), Iwatani (Japan), Hydrogenics (Canada), and Plug Power (US). Ballard Power Systems, Air Liquide, and Hydrogenics were observed to be the most active players that focused mainly on contracts & agreements and investments & expansions strategies.

01-24-2019 | Industry, Real Estate & Constr …
Researchmoz Global Pvt Ltd.
Global Hydrogen Electrolyzer Market to 2025| Nel Hydrogen, McPhy, Hydrogenics, T …
Researchmoz added Most up-to-date research on "Global Hydrogen Electrolyzer Market Insights, Forecast to 2025" to its huge collection of research reports. Hydrogen, used across various industrial applications such as chemicals, electronics, glass, etc., is produced both as a principal product and a by-product. More than 90% of total hydrogen demand across the globe depends upon fossil fuel based resources. Only a small fraction of this demand is met by hydrogen produced
10-29-2018 | Business, Economy, Finances, B …
Persistence Market Research
Global Hydrogen Market: Competitive Assessment
Understanding several aspects of the global hydrogen market, Persistence Market Research has presented a well-structured analysis various trends, opportunities, challenges, restraints and growth drivers influencing the global market in its latest insightful research publication titled “Hydrogen Market: Global Industry Analysis (2012-2016) and Forecast (2017-2025).” Several aspects of the market are assessed across important regions of North America, Latin America, Europe, Asia Pacific and Middle East and Africa. The exhaustive research
10-23-2018 | Business, Economy, Finances, B …
Research 2 Reports
Hydrogen Analyzer Global Market Research Report 2018
GET SAMPLE REPORT @ https://www.research2reports.com/sample-report-instrument/hydrogen-analyzer-market/79671 Hydrogen Analyzer Report by Material, Application, and Geography � Global Forecast to 2022 is a professional and in-depth research report on the world's major regional market conditions, focusing on the main regions (North America, Europe and Asia-Pacific) and the main countries (United States, Germany, united Kingdom, Japan, South Korea and China). The report firstly introduced the Hydrogen Analyzer basics: definitions, classifications, applications and market overview; product specifications;
07-12-2018 | Business, Economy, Finances, B …
Transparency Market Research
Hydrogen Generator Market
Transparency Market Research has released a new market report titled Hydrogen Generator Market – Global Industry Analysis, Size, Share, Growth Trends, and Forecast, 2016 – 2024. According to this report, the global hydrogen generator market revenue for stood at US$ 792.44 Mn in 2015 and is expected to reach US$ 1,255.76 Mn by 2024 at a CAGR of 5.25% from 2016 to 2024. Browse the full Hydrogen Generator Market By Product
01-19-2018 | Industry, Real Estate & Constr …
E+E Elektronik Ges.m.b.H
CO2 Probe Resistant to Hydrogen Peroxide
The digital EE871 probe from E+E Elektronik measures CO2 concentrations up to 50,000 ppm (5 % CO2). The compact probe is now available with a special filter cap which, ensures high accuracy and long-term stability in H2O2 contaminated environment. This opens up new applications for the EE871, particularly in the pharmaceutical and biotech industries, where hydrogen peroxide is used for cleaning and sterilization purposes. The EE871 is a high accuracy
07-14-2017 | Business, Economy, Finances, B …
Persistence Market Research
Hydrogen Market to Remain Lucrative by 2021
Growing secondary end-user industries and increasing use of hydrogen in refinery hydro-processing are some of the major factors fuelling the growth of the hydrogen market for hydrogen fuel cell vehicles. Since the hydrogen is used in petroleum refining processes, the industry is impacted by unstable growth of the latter. However, increasing demand for clean transportation (the reason for unstable growth of petroleum refining industries) is supporting growth of the hydrogen
Comments about openPR
We publish our press releases on openPR.de because we like people who are "open" - just like us.
Frank Obels, CEO, INCONET - Informationssysteme, Communication und Netzwerkberatung GmbH