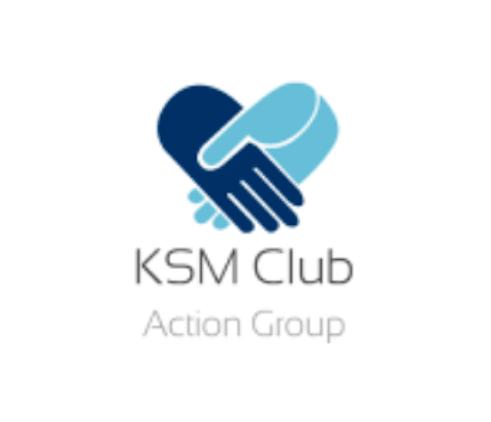 Angry residents in the village of Kington St Michael, Wiltshire, took to the internet yesterday to demand a change of management in the local village club. Members claim the club is being run without any transparency or normal procedures taking place including annual elections or reports being filed with the Financial Conduct Authority. Members are now boycotting the club which further damages its perilous finances. A campaign group has been formed to force the current managing committee out. KSM Club Action Group is asking for members signatures to its requisition at ksmclub.co.uk and attendance at a special general meeting to be called by the Secretary. Mutual societies depend on their members to keep running. When a mutual is wound up the assets are divided between the remaining members, which means that clubs with large property portfolios and declining memberships can be dissolved and produce a windfall gain for the remaining members. The Financial Conduct Authority states that mutual societies can be dissolved if there’s proof that the society has wilfully violated the provisions of the law or it is no longer a co-operative society.Kington St Michael Club Action group are against further damage to the Club's reputation and finances and are calling for elections to restore the clubs democratic foundations.Kington St Michael Club and Institute Limited 12 Kington St Michael Chippenham SN14 6JB United KingdomKington St Michael Club Action group is a group of concerned members of Kington St Michael Club and Institute Limited

04-19-2017 | IT, New Media & Software
Chetu Inc
CHETU ANNOUNCES NEW MEMBERS
Plantation, Fla. (April 13th 2017) – After completing an intensive 2-week sales training seminar, Chetu is pleased to welcome 11 new National Account Managers into the Chetu family. They will join our existing sales team to help expand our market footprint in various industries including energy, food and beverage, agriculture, retail, finance, payments and hospitality, among others. We are excited to welcome our newest team members and wish them all
09-12-2013 | Associations & Organizations
ISBER
ISBER Announces New Board Members
THE INTERNATIONAL SOCIETY FOR BIOLOGICAL AND ENVIRONMENTAL REPOSITORIES ANNOUNCES NEW BOARD MEMBERS The International Society for Biological and Environmental Repositories (ISBER) is pleased to announce and welcome new members to the Board of Directors. Joining the Board are Andy Zaayenga, President-Elect (2013 – 2014), Katherine Sexton, Secretary-Elect (2013 – 2014/Secretary 2014 – 2017) and Brent Schacter, Director-at-Large (2013 – 2016). Mr. Andy Zaayenga is the Managing Director of SmarterLab, a consultancy
04-07-2012 | Industry, Real Estate & Constr …
IRONCLAD Marketing
AEMP Elects New Executive Committee Members, Directors, and Board Members
GLENWOOD SPRINGS, Colo. – AEMP named its new 2012/2013 Executive Committee Members to its Board of Directors. Each year, AEMP members select top peers from various organizations to lead the Board, as well as the organization’s new President / CEO who also serves as Chairman of the Board. The Board was officially sworn in March 20 at AEMP’s 2012 Management Conference and Annual Meeting. Guy Gordon, CEM, Director, Asset Management
11-29-2011 | Leisure, Entertainment, Miscel …
GeoCheckpointing.com
GeoCheckpointing Achieved 1,000 Members
GeoCheckpointing.com, an outdoor game for GPS users, achieved 1,000 members a few weeks after the launching of the website. The members have placed over 200 GeoCheckpoints in many countries all over the world. Most GeoCheckpoints can be found in Czech Republic, Germany, Denmark, Austria, Portugal, USA and Canada. The most northerly GeoCheckpoint is placed above the polar circle in Kiruna, Sweden. Most southward one can be found in Wellington, New Zealand. What
05-18-2011 | IT, New Media & Software
PFH Publishing
Board Members “Dumb” About IT
(Alberta, Canada)—According to a recent survey of over 200 board members by the National Association of Corporate Directors, 27 percent are believed to lack sufficient knowledge of information technology. Based on his years of experience as a professional IT consultant, David Papp, author of “IT Survival Guide: Conquering Information Technology in Your Organization,” is not shocked by this statistic. According to him, one of the largest weaknesses in business today
02-02-2011 | Business, Economy, Finances, B …
Nanoosa.com
Nanoosa.com to reimburse Cashbaq.com members
On February 1, 2011, Cashbaq.com, an internet cashback website, posted that they are no longer in business. "Like so many other companies, Cashbaq was hit by the worst recession of our lifetime. We regret that Cashbaq is unable to continue operations and has shut down." (http://www.cashbaq.com/). This was after several weeks of blog posts from members who were stating that they never received their recent cashback payments.
Comments about openPR
I can't but agree to the positive statements about your portal: easy to use, clear layout, very good search function, and quick editing!
Jens O'Brien, Borgmeier Media Communication