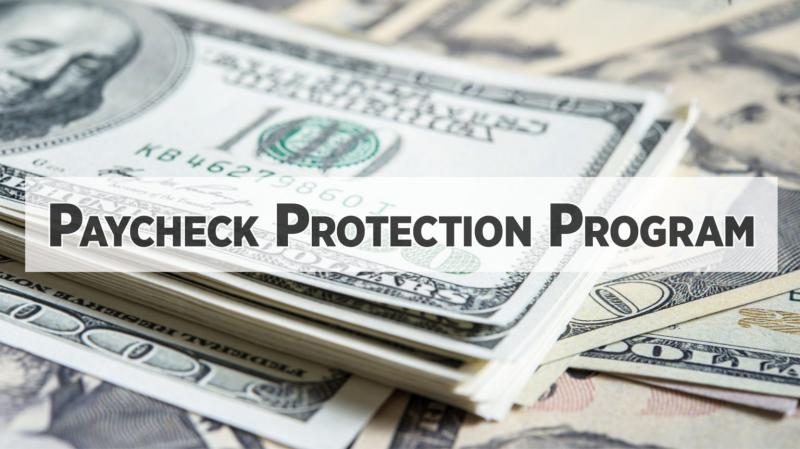 The Catholic Church in America received $1.4 billion dollars from the United States Small Business Administration Paycheck Protection Program (PPP). The PPP money is an incentive for small businesses to keep their workers on the payroll. However, Newsweek reported that several Catholic Churches “including many tied to sexual abuse and financial scandals, took advantage of PPP.”

Here we have one of the richest organizations in the world that is basically being rewarded with taxpayer dollars so that they can supplement their income after having to pay off their lawsuits for pedophile priests. This is absolutely outrageous. Why should taxpayers subsidize the financial scandals of these churches? How can we get a refund for our tax dollars, because no one should be forced to bail out these wealthy church organizations for their shameful crimes?

Where were the Protestants? Where were the protests? And who spoke out against this abomination? There was no one. Sadly, the Protestant churches were too busy receiving part of the $7.2 billion PPP money that went to religious organizations. If fact, the churches grabbed our taxpayer dollars faster than our businesses could. Several Seventh-day Adventist institutions also lined up for the government handouts. And all these churches took those dollars without contributing one penny to our tax fund.

Any company or organization that does NOT pay taxes should not be entitled to any kind of tax payer bailout money. These bailout dollars should go mainly to small businesses that pay most of our tax burden. Churches and huge corporations with large tax breaks (no tax burden) shouldn’t be allowed to qualify for these funds. Unfortunately, many businesses that have paid taxes faithfully and forcefully for years had to close because they never received any PPP money; it was being used to bail out the churches.

Jesus didn’t need $1.4 billion to bail out His ministry. Why? Because His Father supplied all His needs. Notice the following promise that has largely been discarded:

“And my God shall supply all your need according to His riches in glory by Christ Jesus.” Philippians 4:19.

Those church groups who seek and receive federal dollars to fund their church programs reveal that they have no faith at all because they do not believe that God can provide for “all” their needs. Even though they preach that “God will provide,” what they don’t tell you is that God provides by putting them on the government welfare.

“And God is able to make all grace abound toward you; that ye, always having all sufficiency in all things, may abound to every good work.” 2 Corinthians 9:8.

The context of 2 Corinthians 9:8 is about “giving” to the work of God. When “churches” compete for federal cash they violate this principle established by God which says:

“Every man according as he purposeth in his heart, so let him give; not grudgingly, or of necessity: for God loveth a cheerful giver.” 2 Corinthians 9:7.

Where is the peoples’ cheerfulness when the government taxes its citizens and then gives their money to the churches? Taxation is obligatory and not cheerfully given. You either pay your taxes or you go to jail. The Bible says that offerings should not be given grudgingly – or forcefully and unwillingly.

There is a percentage of autonomy that “sacred” institutions give up when they receive secular dollars. Hope, dependence, government, trust and confidence in God decrease. When we receive federal dollars to fund our church programs, in our prayers we have to thank God and the President of the Unites States for supporting the work. We have to tell our churches that, “It is by God’s grace, your faithful financial support and the millions of dollars from the federal government, that we can fulfill the gospel commission.” And if an organization is receiving millions of dollars through federal funding, then they really don’t need my money.

Despite the concerns that many have with these propositions that force taxpayers to fund religious institutions, religious groups are holding out their offering plates competing for these handouts.

“Return unto me, and I will return unto you, saith the LORD of hosts. But ye said, Wherein shall we return?” Malachi 3:7.

“The religion of Jesus is endangered. It is being mingled with worldliness. Worldly policy is taking the place of the true piety and wisdom that comes from above” (Councils to Writers and Editors, p. 95).

For the full story visit: http://adventmessenger.org/secular-dollars-for-sacred-institutions/

09-11-2017 | Politics, Law & Society
Advent Messenger
Trump’s National Day of Prayer: Is God Listening?
President Donald Trump issued a proclamation this past Sunday to be the National Day of Prayer for Hurricane Harvey victims. He called upon all Americans and all houses of worship to unite in prayer to God for the nation and to assist those suffering from the consequences of the storm. Even though this is a welcome step in the right direction that we acknowledge God and the significance of prayer, it
09-13-2016 | Associations & Organizations
A Work of Hope
EVANGELIST PASTOR JOHN COLLINS WALKS FOR GOD BECAUSE "GOD MATTERS"
Wheatland, Wyoming: Evangelist Pastor John Collins, head pastor of Love That Cross Ministries, is recognized as one of the 15 most influential pastors living in the United States today by Inspirational Faith Magazine. His faith is unwavering and inspirational. His preaching is spiritual and moving. His style is vibrant and animated. He is a fresh and honest example for evangelism, revival, and renewal that is sweeping the
03-01-2013 | Arts & Culture
Jerry Pollock PhD
God And Science: Jerry Pollock PhD Explains Why Science Is, In Fact, The Search …
In Jerry Pollock’s view, God is the Master Scientist. However God operates on a different level of science because He has limitless powers that human scientists do not, indeed cannot understand. God is the unified theory of the universe that Einstein so desperately sought to find, even on his deathbed. “With God,” Pollock stated, “we are not just dealing with another human being. His powers and His intelligence are trillions of
01-24-2013 | Arts & Culture
Jerry Pollock PhD
God and Science: Author Jerry Pollock, PhD Proposes Science Does Not Does Exclud …
In a recent symposium in New York City, scientists who both believed and disbelieved in God discussed the problematic issue of science and religion. Opponents of a Supreme Being involved in creating our universe framed their arguments around their beliefs that centuries of scientifically proven biological experiments and theoretical physics and mathematics exclude God’s participation, while proponents took the opposite view where they felt that science cannot answer all the
08-04-2008 | Arts & Culture
Mukul Goel
New Book Explains How Devotional Hindus Connect to God
Mukul Shri Goel, PhD, published by iUniverse, Inc., the leading provider of publishing technology solutions for authors, has announced the release of Devotional Hinduism: Creating Impressions for God. From the first moment we utter a name of God with a wish to reach him, we trigger our spiritual evolution. As we eventually reach the peak of spirituality, we no longer desire liberation but aspire to love God forever. How does this
09-03-2007 | Health & Medicine
Noble Foundation
Man is God but lacks self-realisation: 'You Are God' book by Shashi Verma
A recently released book by Shashi Verma, You Are God – The Bhagavad Gita as never before, provides the answer to man’s eternal quest, “Who am I?” and “Who is God?” It clearly says that man is himself God but does not have the self realization that he is God. The author explains that man can free himself from ageing and death and attain everlasting life in the same physical
Comments about openPR
Your portal is fast, simple, and easy to use. Others may have more functions but they also demand more editing time, you have to preformat the text in order to achieve a good result etc. I think openPR is really fantastic!
Andreas Knepper, wallmedien AG