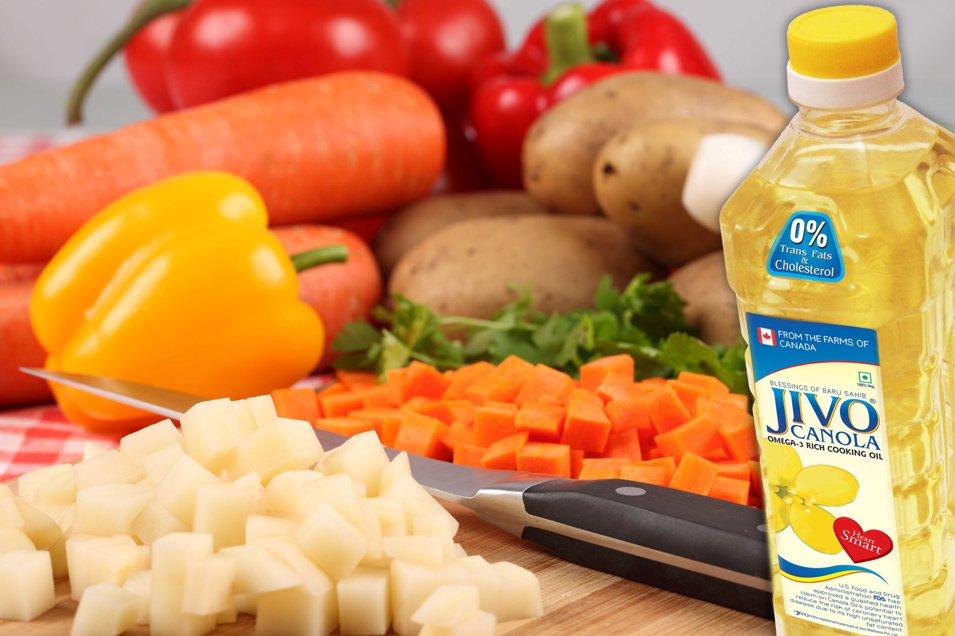 03-01-2013 | Health & Medicine
Jivo Wellness Pvt. Ltd.
Heart risk increases with high Omega-6 cooking oils – New Study
Since long the health monitoring bodies have allowed companies to put health messages on their labels saying that replacing saturated fats with poly-unsaturated fat Omega-6 rich vegetable oils help lower cholesterol. But in a story carried widely on CBC-TV's The National, this theory has been trashed. In a recent study conducted by Dr. Christopher Ramsden, a clinical investigator with the U.S. National Institutes of Health in Washington, researchers offered a fresh
07-06-2012 | Health & Medicine
Jivo Wellness Pvt. Ltd.
Canola Oil can fight Cancer
Cancer has badly affected the whole of Punjab and shows a 30 per cent annual increase in the number of cancer patients. This has become a cause of worry for the health authorities and common people of Punjab. The last six months alone have seen registration of more than 4000 new Cancer patients in Punjab. The Malwa belt has seen a horrendous impact by producing the most Cancer patients who