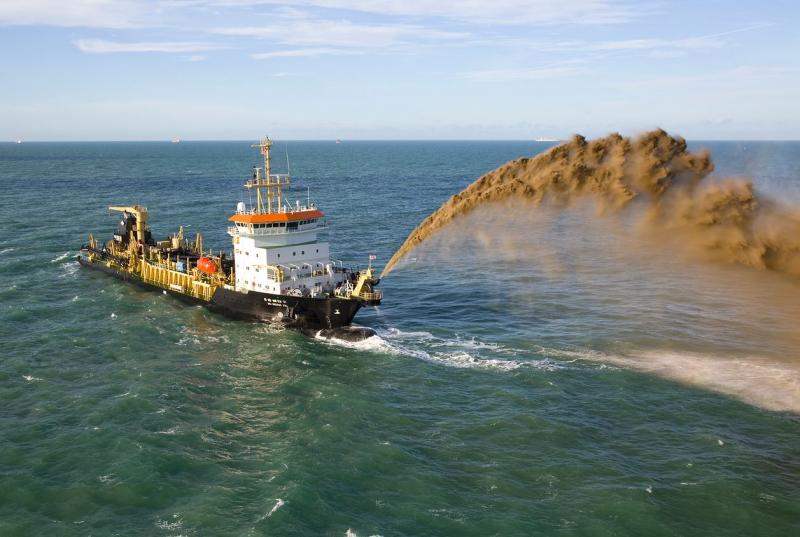 France dredging market is estimated to grow at a CAGR of nearly 2.0% during the forecast period. France is the world’s sixth-largest industrialized economy and the EU’s third-largest economy after France and the UK. France dredging market is being significantly driven by the presence of a large coastline and beaches may contribute to driving the demand for dredging in the country. Request a Free Sample of our Report on France Dredging Market: https://www.omrglobal.com/request-sample/france-dredging-market The Government of France had set up a long-term partnership with the UK and initiated a project named SETARMS, which will assist both sides of the channel. As per the project, France has six ports in the channel, through which, the country manages dredging operations. According to the Cerema, every year around 35 to 40 million m3 of sediments are dredged in France in maintenance operations, and 90.0% of this volume is dredged in the major ports on river estuaries, such as Gironde estuary.André L is one of the advanced vessels engaged in the dredging of sand and gravel from the Atlantic coast of France. In addition, it is expected that there is a significant demand for marine aggregates in the country owing to the limited land-based mining of sedimentary aggregates for the concrete industry. This, in turn, is expected to drive the demand for dredging in the near future. The demand for aggregates dredging is increasing in the Atlantic coast of France and therefore, several companies operate at the coast, which includes La Rochelle-based Dragages Transports et Travaux Maritimes. Companies operating in the market include the Liebherr Group, DEME N.V., Barillec Marine, and Royal Boskalis Westminster N.V. In August 2019, Deme and Eiffage awarded EPCI foundation contract for the first offshore wind farm in France. It is a 480 MW Saint-Nazaire offshore wind farm, led by Enbridge and EDF Renewables. It will be situated between 12 km and 20 km off the coast of the Guerande peninsula in western France. Water depths for the installation range between 12 and 25 metres. This wind farm is anticipated to produce adequate electricity to deliver 20% of the Loire-Atlantique department‘s power. The project will supply drilled monopiles, which is a new step forward for the offshore wind industry.A Full Report of France Dredging Market is Available at https://www.omrglobal.com/industry-reports/france-dredging-marketFrance Dredging Market SegmentationBy Type • Mechanical Dredger o Bucket Dredger o Grab Dredger o Backhoe Dredger • Hydraulic Dredger o Suction o Cutter Suction Dredger o Trailing Suction Hopper Dredger o Barge Unloading DredgerBy End-User • Government • Oil and Gas Companies • Mining Companies • Others (Renewable Energy)Company Profiles • Alma Shipping • Barillec Marine • Dragflow S.r.l. • Dredging, Environmental and Marine Engineering NV (DEME) • Eiffage Infrastructures Gestion Et Développement • Obras y Dragados Aldamiz SA • Royal Boskalis Westminster N.V. • SociétÉ des Établissements Merré • The Liebherr GroupFor More Customized Data, Request for Report Customization @ https://www.omrglobal.com/report-customization/france-dredging-market For More Information, Visit https://www.omrglobal.com/Media Contact: Company Name: Orion Market Research Contact Person: Mr. Anurag Tiwari Email: info@omrglobal.com Contact no: +91 780-304-0404About us: Orion Market Research (OMR) is a market research and consulting company known for its crisp and concise reports. The company is equipped with an experienced team of analysts and consultants. OMR offers quality syndicated research reports, customized research reports, consulting and other research-based services.

06-05-2017 | Health & Medicine
ReportsWorldwide
Cigarettes in France, 2016
ReportsWorldwide has announced the addition of a new report title Cigarettes in France, 2016 to its growing collection of premium market research reports. "Cigarettes in France, 2016" is an analytical report by GlobalData that provides extensive and highly detailed current and future market trends in the French market. The report offers Market size and structure of the overall and per capita consumption based upon a unique combination of industry research, fieldwork,
12-07-2016 | Industry, Real Estate & Constr …
ReportBazzar
Packaged Food in France
Summary The slow but progressive exit from the persisting crisis of the French economy and the slight improvement in GDP growth in 2016 has contributed to current value growth of 1% in current value terms in packaged food. This is still modest and just in line with the CAGR seen over the review period, although this is in the context of strong price wars, stagflation and the detrimental effects of terrorist
10-01-2014 | Energy & Environment
WELTEC BIOPOWER GmbH
Biomethane for France
WELTEC Receives Order for Biogas Project with Gas Processing French agriculture has a wealth of raw and waste materials that are suitable for biogas plants. However, only half of the available materials are presently used for energy production. Thus, ambitious development plans have been drawn up: By 2020, the biomass share in the field of renewable energies in France is to rise to about 50 percent. No wonder that that the number
09-11-2012 | IT, New Media & Software
celum GmbH
celumday 2012 France
On October 4th 2012 the celumday France will take place at the Hippodrome d’Auteuil in Paris. The Tribune Présidentielle is the perfect meeting environment for customers, partners and interested parties to exchange ideas and discuss current developments as well as trends in managing brands and digital assets. At the celumday 2012 France you will experience that sportive competition and today’s business world have a lot in common: both strive to be
04-04-2008 | Sports
Speed:World:Cup
Speed:World:Cup France: Day 3
What an incredible day: 60 knots of wind, amazing speeds, upside-down timing caravan. We have rarely seen such a windy race day during competition - an experience that not many can share. Alexandre Caizergues and Charlotte Consorti, both from France, are still dominating the PKRA Speed:World:Cup in Port St. Louis. The day started calm, not very windy, and the skippersmeeting was scheduled for 9:30, due to the official function yesterday evening.
04-03-2008 | Sports
Speed:World:Cup
Speed:World:Cup France: Day 2
Epic conditions today in Port St. Louis, with three legs held in 30-40 knots of wind the race committee tested all skills of the riders, technical as well as physical. Alex Caizergues was the man of the day, with three bullets clearly in the lead now. In the womens fleet, Charlotte Consorti has also a perfect score with 4 out of 5 victories. Skippersmeeting was held at 9:00 and
Comments about openPR
I can't but agree to the positive statements about your portal: easy to use, clear layout, very good search function, and quick editing!
Jens O'Brien, Borgmeier Media Communication