Press release from: The Chan Centre for The Performing Arts 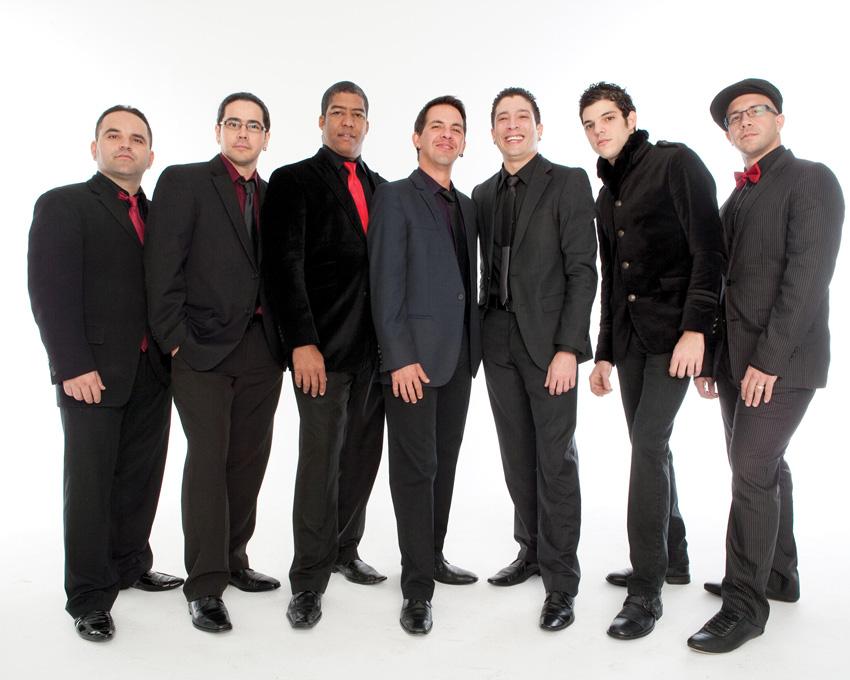 Vancouver, BC - The Chan Centre for the Performing Arts at the University of British Columbia (UBC) presents three-time Grammy nominated Cuban music group Tiempo Libre. The high-voltage Latin septet will bring audiences to their feet on Friday, March 9 at 8pm in the Chan Shun Concert Hall.“The music of Cuba is undeniable. It simply sets your body in motion,” said Joyce Hinton, Co-Managing Director of the Chan Centre. “Equally at home in concert halls, jazz clubs and dance venues, Tiempo Libre are not only ambassadors of this rich musical heritage, but dynamic innovators who bring fresh interpretation and innovation to the traditional Cuban sound.”As seen on The Tonight Show and Dancing with the Stars, the seven scintillating men of Tiempo Libre have earned international acclaim for their joyful performances of timba – a sophisticated, dance-inducing mix of Latin jazz and the rhythms of Cuban son. From the Hollywood Bowl to Jazz at Lincoln Center, audiences continually jump to their feet compelled to dance to the group’s infectious sound.    Classically trained in Havana’s prestigious music conservatories, Tiempo Libre’s members are true modern heirs to the rich tradition of the music of their native Cuba. Since 2001, the Miami, Florida-based musicians have been on a mission: to share the musical heritage in which they grew up with as wide an audience as possible, reinterpreting and reinvigorating traditional Cuban music with a youthful, modern sound, while forging a new style born from the meeting of their Cuban roots and their new American experience. Tiempo Libre recently released its new timba album, My Secret Radio, and its previous albums Bach in Havana, Lo Que Esperabas and Arroz Con Mango have all been nominated for Grammy Awards. “Nothing short of high voltage…Tiempo Libre is a hot, hot act.” – Blaze, AustraliaMore info at: www.tiempolibremusic.comSince opening in the spring of 1997, the Chan Centre for the Performing Arts at the University of British Columbia (UBC) has earned an international reputation for its striking design and stellar acoustics. Artists, critics, and patrons alike are unanimous in their praise of the multi-faceted facility, winning it a place among North America's premier performing arts venues. Inside, the Chan Centre boasts three unique venues: the superb Chan Shun Concert Hall, the dramatic Telus Studio Theatre, and the intimate Royal Bank Cinema. All share a spectacular glass lobby that faces a mature evergreen forest and small outdoor patio. From classical, jazz, and new music to opera, folk, and world music, the Chan Centre is a vital part of UBC campus life – a place where the artistic and academic disciplines integrate with one another to inspire new perspectives on life and culture. As such, the programming at the Chan Centre strives to enhance the values of the UBC community through its annual roster of dynamic artists and musical traditions. Past performers and guest speakers have included Yo-Yo Ma, His Holiness the Dalai Lama, Renée Fleming, Al Gore, Kronos Quartet, Meredith Monk, Muhammad Yunus, Ornette Coleman, Mariza, and Shirin Ebadi.Chan Centre for the Performing Arts University of British Columbia 6265 Crescent Road Vancouver, BC V6T 1Z1 www.chancentre.comPress Contact: Laura Murray Laura Murray Public Relations 604-558-2200 lmurray@lauramurraypr.com www.lauramurraypr.com

More Releases from The Chan Centre for The Performing Arts

02-23-2012 | Arts & Culture
The Chan Centre for the Performing Arts
Sultry Chanteuse Ute Lemper Brings Weimar to the Chan Centre Stage
Vancouver, BC - The Chan Centre for the Performing Arts at the University of British Columbia (UBC) presents Berlin Nights/Paris Days: The Art of Chanson; an intimate evening of cabaret, jazz, and tango evoking the bygone Weimar era on Saturday, March 24, 2012 at 8pm in the Chan Shun Concert Hall. Leading this journey, through the work of Weill, Piazzolla, Schulhoff and Piaf, is the multi-talented singer, actor, dancer, and