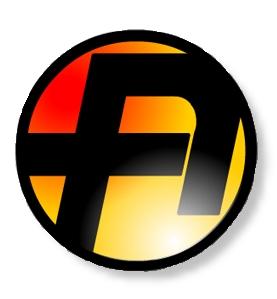 Adviatech will be moving to a larger office in Tampa Florida.

Tampa SEO Company, Adviatech Corp., announced that they would be leaving their Parc Centre office in Tampa for a bigger facility. New SEO technology is also on the horizon.When Adviatech Corp., was formed a few years ago, the company positioned itself in the (at that time) newly expanded American Marketing Management and Motivation Services, Inc., office at 410 South Ware Blvd in Tampa. Since then, Adviatech has created such online marketing technology as AdviaVideo, developed new SpivO channels which has resulted in a SpivO.com user increase of 40% annually, and achieved a growing number of high rankings for their search engine optimization clients. At the start of 2007, Adviatech launched the Total E-Marketing Plan which combined all the needed elements to achieve a successful search engine optimization rank at an affordable price. The plan has captured a strong following and boasts a 97% monthly retention rate on the SEO service which does not require a contract.With their success, Adviatech Corp., (which completed their second profitable fiscal year in April of 2007) has also run into some growing pains as they deal with increasing personnel needs and an overall need for space. Therefore, Adviatech Corp., will move into a much larger facility at 9280 Bay Plaza Blvd in Tampa along with other corporations owned by parent companies, American Marketing Management and Motivation Services, Inc., and Jason Standard Corp.Along with increasing staff and updating local technology, Adviatech is currently developing a new customer management application which will allow Adviatech’s growing search engine optimization customer base to have access to more statistics, features, reports, and the overall SEO process. Adviatech Corp., Vice President, Jason Bland, stated today, “I am actually looking forward to having the customer management program a little more than the office move. This system that our guys are making is just incredible. It allows our clients to be as involved as they want. We basically show them all of the relevant data that currently, only we have access to.”President of Adviatech Corp., Christopher Kazor also commented, “I think this will be a good move for Adviatech and all the companies. The new facility gives everybody their own space to work in and I think we’ll see a productivity increase from that alone.” He then joked, “However, I’m not looking forward to giving up my office view.” Both President Christopher Kazor and Vice President Jason Bland will be losing their sixth floor views from the Parc Centre office when moving to the single story facility at Bay Plaza Business Park. The SEO company in Tampa plans on completing the move in mid June to early July and expects minimal communication outages and no project delays.For more information visit http://www.adviatech.com/tampa_seo_search_engine_optimization.html.Tampa SEO company, Adviatech Corp., specializes in search engine optimization and online marketing. The company continues to add services to their online marketing and SEO packages to keep up with the evolving world of search engines.Adviatech Corp. 9280 Bay Plaza Blvd Suite 706 Tampa, FL 33619

07-31-2020 | Business, Economy, Finances, B …
Tampa Crossroads
Tampa Crossroads Announces Gwendolyn Green as CEO
Tampa, FL – Tampa Crossroads, a nonprofit organization serving the Tampa Bay community since 1977, announced that Gwendolyn Green, LMHC, MCAP has been named the Chief Executive Officer. Ms. Green has served over 14 years with Tampa Crossroads, most recently as the Clinical Director, guiding the organization’s goals so that clients receive the best care possible. “We have witnessed Gwen's leadership abilities and are confident she will serve Tampa Crossroads with
02-20-2017 | Arts & Culture
New Tampa Players
Tampa, Florida’s New Tampa Players Hosts Master Class with Broadway star Danny …
MEDIA ADVISORY FOR IMMEDIATE RELEASE For more information: Nora Paine 813-644-8285 production@newtampaplayers.org www.newtampaplayers.org @NewTampaPlayers Tampa, Florida’s New Tampa Players Hosts Master Class with Broadway star Danny Zolli. WHAT:
12-17-2012 | Industry, Real Estate & Constr …
EasyAC
Tampa Air Conditioning Company Airs Dirty Secrets
Tampa, FL, December 7, 2012—- Easy AC, Inc, a Central Florida air conditioning repair company announced the debut of their new ad campaign, HVAC’s Dirty Secrets, aimed to educate homeowners on the lesser known side of the HVAC business. “HVAC repair is one of the trades most commonly taught to inmates,” said Dave Whittington, Easy AC cofounder. “Nobody wants a guy in their house that had a violent crime or
02-04-2011 | IT, New Media & Software
Visibility Corporation
Visibility Brings ERP Education to Tampa
VISIBILITY ERP customers will assemble in Tampa, Florida, from April 17th through April 19th for the 2011 Visibility International Enterprise Conference (VIEC). Andover, MA – February 3, 2011 – Visibility is excited to announce the dates and location for the 2011 Visibility International Enterprise Conference (VIEC), which will take place in Tampa, Florida from April 17th to the 19th. The highlights of the 2011 conference include the unveiling of V8 and
09-16-2010 | Arts & Culture
Polycreative
'Oktoberfest Tampa' celebrates 200 YR anniversary of Oktoberfest along the Tampa …
Oktoberfest Tampa is celebrating the 200 year anniversary of a traditional German celebration that takes place annually in Munich, Germany. More info is available at: www.OktoberfestTampa.com This year Oktoberfest Tampa will be hosted at the premier waterfront location of The Heights Tampa, and will include Tampa’s largest Beer Hall with a wide variety of cold beers on tap! The Beer Hall will be decorated with themes of famous beer tents
07-24-2009 | Politics, Law & Society
Mayberry Rich
Tampa DUI Defendant’s Charges Dismissed
The Hillsborough County State Attorney’s office dismissed all charges against a Tampa defendant charged with Driving Under the Influence (DUI), on the grounds that the officer who originally pulled over the defendant did not have a legally sufficient reason to do so. The defendant had retained Tampa DUI attorney Jeff Rich of Mayberry/Rich, criminal defense firm in Tampa, FL, as his attorney. The defendant was originally pulled over for
Comments about openPR
OpenPR ist the nicest and most clearly laid out PR platform I have seen to this day. The press releases are displayed very nicely and clearly and without any unnecessary frills. The updates are fast and the finished release looks appealing and is clearly legible. Even with 16 years of experience one discovers new things from time to time. Congratulations!
Gabriele Ketterl, Director Marketing & PR, Menads