When a call went out for ideas to save the ailing UK wedding industry, Bradford Radio, TV and Film celebrity Raj was ready with “I do!” 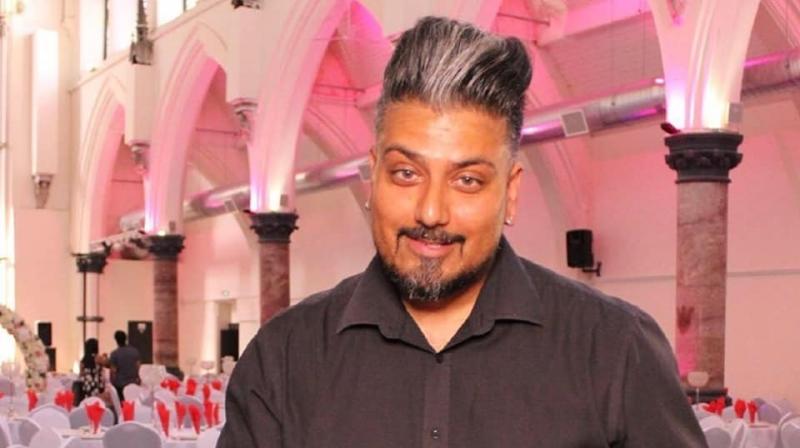 It wasn’t that long ago that Bradford’s Raj Parmar was acting in TV soaps and in Bollywood movies, living out his passion for the performing arts. Now the entrepreneur and erstwhile ambassador of the city has taken up arms against a new sea of troubles caused by the Covid-19 pandemic. He’s come up with a simple plan to help the plight of small independent businesses supplying the devastated UK wedding industry – a nominal subscription Wedding Showcase Directory.While the wedding industry generally in this country has been knocked for six due to the outbreak, with many event suppliers and hosts losing contracts, even going bust, it’s the big event Asian weddings, with 200 plus guests as the norm, that have probably suffered the most. Raj should know. As an owner host of many such events at Regency Hall, his converted Grade II listed Victorian church on the fringes of the city centre, he says his company Spice Entertainment has lost over £60,000 in bookings and entertainment contracts since the pandemic began. It’s been a similar tale of financial woe by his colleagues in Yorkshire and elsewhere, which is why he’s taken the initiative to set up the Wedding Showcase Directory website.“Something had to be done to try to turn the tide, at least for the future of the industry,” explains Raj. “The whole concept of this directory for me is not to make money but provide a platform.” Businesses can even be listed for free. He added: “It’s a way to attempt to save the industry I love and give the smaller guys a chance as they have little or no budget available for marketing or advertising to get back on their feet once this pandemic is over.” Raj echoed the sentiments of many involved in the wedding events business that the Government has only contributed to their problems by not coming up with any definitive timings for when the events industry and wider scale hospitality industry catering for large gatherings can get going again. “We’re hoping that it’s September or October, but we just can’t risk planning anything until firm dates are given,” added a frustrated Raj. The Wedding Showcase Directory has been created by and for people in the wedding industry. Just launched, it aims to attract about 400 subscribers and will be a definitive go-to website destination for couples planning their own big day and discover the best services in the wedding business. Raj sees it as the “ultimate tool” for would be brides and grooms planning their important event and is excited to soon be launching the app version of the directory so it can be accessed anywhere.The website itself can be accessed 24/7 and it will be marketed throughout the rest of this year through advertising campaigns and social media. It will also be available via wedding fairs across the country, if and when they happen. Raj’s own Asian Wedding Showcase 2020 event last March in Bradford had to be cancelled literally hours before lockdown measures were introduced.Each subscriber business will be given its own small portal within the Wedding Showcase Directory related to its particular service, from wedding car hires to personalised napkin suppliers. Four different packages are available to directory advertisers to promote their services, ranging from Diamond at top level for just £25 down through Gold, Silver and Bronze options, and they will be able to interact with potential clients via the software facility. Basic free listings are guaranteed to those feeling the pinch.Raj Parmar Managing Director Wedding Showcase Directory Spice Entertainment 142 East Parade Bradford BD1 5EE West Yorks.Phone: 0800 6785418 Email: info@weddingshowcasedirectory.com Website: weddingshowcasedirectory.comRaj Parmar has been involved in the media and entertainment industry for almost 30 years. Working as an actor, performer and choreographer until 2014. He has taught dance and been in a number of Bollywood style productions across the UK. Raj has appeared in episodes of India's longest running soap Saraswatichandra and had a starring role in Big Ballet which was first aired on Channel Four and later on Netflix. As a director of the independent Asian Radio Station, Sunrise Radio, Raj has vast experience in broadcasting, events and marketing and has himself hosted and organised over a hundred events. More recently Raj, who confesses to being passionate about the arts, was awarded the honour of being an official Ambassador for the City of Bradford. He is also owner and performer at Spice Entertainment in South Yorks.

You can edit or delete your press release When a call went out for ideas to save the ailing UK wedding industry, Bradford Radio, TV and Film celebrity Raj was ready with “I do!” here

04-24-2018 | Business, Economy, Finances, B …
Scroll Mantra Private Limited
LCR Capital Partners appoints Raj Chinai as Senior Advisor – Middle East & Ind …
New Delhi, 24th April 2018: LCR Capital Partners, a US-based private investment and advisory firm, is pleased to announce that Raj Chinai, CEO of ARC Advisory Partners, has joined the LCR team as Senior Advisor – Middle East & India. Based out of Dubai, Raj Chinai will be instrumental in facilitating LCR's growth in the region through valuable insights, growth strategies and business development activities on EB-5 program-focused business across
04-20-2018 | Business, Economy, Finances, B …
Flexible PVC Films Market
Global Flexible PVC Films Market 2018-2025 Raj Incorporated, NanYa Plastics, Ada …
A market study "Global Flexible PVC Films Market" examines the performance of the Flexible PVC Films market 2018. It encloses an in-depth Research of the Flexible PVC Films market state and the competitive landscape globally. This report analyzes the potential of Flexible PVC Films market in the present and the future prospects from various angles in detail. The Global Flexible PVC Films Market 2018 report includes Flexible PVC Films market Revenue,
11-13-2017 | IT, New Media & Software
Banasthali
3 Stevie Awards 2017 Winning Brillio Founder & CEO Raj Mamodia Talks at Banastha …
What Oscars are for Film and Grammy for Music, Stevie Awards created in 2002 to honor and generate public recognition of the achievements and positive contributions of organizations and working professionals worldwide are the world's most coveted premier business awards. Brillio a global digital consulting and technology Services Company bagged a 2017 Stevie Gold Award for Company of the Year in the Business & Professional Services category for large companies,
09-19-2017 | Advertising, Media Consulting, …
Spire Market Research
Guar Gum Market Forecast 2017-2022 Supreme Gums, Neelkanth Polymers, Raj Gum, Gl …
Guar Gum Market Research 2017 A market study ” Global Guar Gum Market ” will help you understand, formulate and implement strategic decisions by offering critical data, insights and analysis from technology as well as commercial perspective on the Guar Gum market. It encloses an in-depth Research of the Guar Gum market state and the competitive landscape globally. This report consist of comprehensive market data, on a granular level, providing a
09-05-2017 | Advertising, Media Consulting, …
market research report 2017
Guar Gum Market Size 2017-2022 Hindustan Gum, Vikas WSP, Supreme Gums, Raj Gum
Guar Gum Market Size 2017-2022 Gum, Vikas WSP, Supreme Gums, Raj Gum Recently published a detailed market study on the "Guar Gum Market" across the global, regional and country level. The report on the global Guar Gum market uses the top-down and bottom-up approaches to define, analyze, and describe the Guar Gum market trends for the next five years And Guar Gum market Size and Share. The Guar Gum market report
03-30-2017 | Leisure, Entertainment, Miscel …
FridayMoviez
Regal Cinema to tribute Raj Kapoor before its final shut-down
Situated in the heart of the capital, Delhi's Regal cinema is all set to shut down and will be renovated into a multiplex. Regal, a single screen theatre of almost 8 decades standing tall in Connaught Place will also pay a tribute to the late superstar Raj Kapoor by showcasing his two movies 'Mera Naam Joker' and 'Sangam' before it's final shut-down. One of the owners of the cinema hall were
Comments about openPR
OpenPR is clearly structured and remains true to its principle of confining itself to the essential parts. OpenPR has proven to be a very good and reliable partner to our media agency: Within the shortest time the releases are online and go down well with the media representatives. The success of OpenPR is reflected in the steadily increasing number of press releases. It is good that OpenPR exists!
Ursula Koslik, Director Marketing & PR, F+W Hamburg