Press release from: The ON! Channel 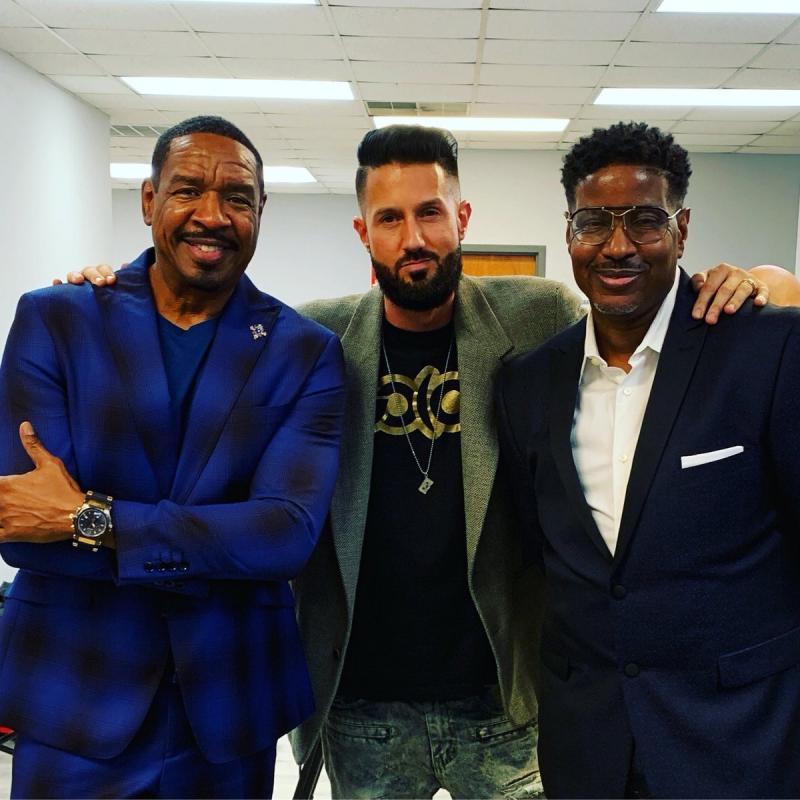 Comedic actor Dorien Wilson has had an amazing career starring in such series, as Martin, Dream On,  The Parkers, and In The Cut and Christopher Martin, once a member of the legendary rap duo Kid N Play, is best known for his roles in the House Party Series, are joining forces to star in the new comedy series Church Folks, premiering on The ON! Channel Today.The Comedy series is shot in the style of The Office and Modern Family and features an talented ensemble cast including Tiffany Edwards, Tommy Kyllonen, Shalla Valazquez, Ben Woods, Chan Davis, and Ariel Sanertelli .Church Folks is a humorous and thought-provoking look at what happens behind the scenes of your local church. The series is Created by Deon Gibson."Ministry has always been a huge part of my life. Since 7th grade, when I volunteered to be one of the Wise Men in my church's Christmas play. Volunteering in that play opened up a whole new world. Ministry became a safe space to explore all of my creative gifts. In the following years, I spent time on the dance team, choir, drama team, I was the ministry photographer, graphic artist, and videographer... not knowing that God was using all of that to cultivate me for a career in filmmaking. With Church Folks, we wanted to show the positives of church/ministry. How it can change people's lives. I hear too often the negative things "church folks" do. I want to change that narrative and show the truly amazing things that "Church Folks" can accomplish when they work as a team," Said Deon Gibson (Green Grass, Home Of The Brave)Church Folks series can be seen on The ON! Channel. https://youtu.be/sp7cXZAkh8wFor more information visit https://www.theonchannel.comhttps://instagram.com/theonchannel11124 66th ave Forest Hills New York 11375The ON! Channel is the home of award winning and celebrated series, movies, reality shows, documentaries, and more. The ON! Channel Celebrates diversity and inclusivity.

You can edit or delete your press release Veteran Comedic Actor Dorien Wilson and Christopher "Play" Martin Star in New Comedy Series Premiering on The ON! Channel here

06-16-2020 | IT, New Media & Software
GraceSoft
GraceSoft Church Reservation Software
GraceSoft creates the easy to use church reservation system for the churches to manage bookings for a church gathering, upcoming service, events. Manage members check-ins etc An easy to use reservation software for churches to manage their members, visitors attendance, and check-ins. Also, the church administration can set the maximum capacity limits for each service or upcoming events, church gathering, etc. It is a very simple church management software, can reserve in
11-20-2018 | IT, New Media & Software
reportconsultant
Set to grow high Church accounting software market 2018 by top vendors Flock Bas …
Church Accounting Software Market is expected to grow at a Compound Annual Growth Rate (CAGR) of +10.6%. The base year considered for the study is 2018 and the forecast period considered is 2018 To 2025. Accounting software markets, such as potential top players, as well as their weaknesses and strengths. The Church Accounting Software Report also includes some useful strategies for new players in the market. While predicting the growth of
10-23-2017 | Business, Economy, Finances, B …
Press-Release
Market 2017 Church Management Software 2021
"Global Church Management Software Market 2017-2021" The Report covers current Industries Trends, Worldwide Analysis, Global Forecast, Review, Share, Size, Growth, Effect. Description- Church management software solutions are used by churches to automate their daily operations. Some of the major functionalities of these solutions include attendance tracking, membership management, and report generation. Churches can also use management software to track the growth of their congregations. The church management software license revenue includes both
10-10-2017 | Leisure, Entertainment, Miscel …
Advent Messenger
When Pastors Declare War Within the Church
Postmodernism has set its sights against all truth. An all out assault against the gospel of Jesus, who is the “way, the truth and the light” (John 14:6) is the target. This war mentality is the very imagery that a Seventh-day Adventist Pastor from the Pacific Northwest recently gave in the Gleaner Now, the official publication of the North Pacific Union Conference of Seventh-day Adventists. In an article entitled A Church
06-09-2017 | IT, New Media & Software
Report Hive
Global Church Management Software 2017-2022
Report Hive Market Research Released a New Research Report of 102 pages on Title "Global Church Management Software 2017-2022" with detailed Analysis, Forecast and Strategies. Church programming is any sort of PC programming particularly intended for use by a congregation. There are managerial bundles customized to deal with participation databases and funds, and furthermore venerate introduction projects to produce pictures for video projectors. For More Information Request Research Sample: https://www.reporthive.com/request-sample.php?id=874037 This report
04-03-2017 | Health & Medicine
Nineteen Church Road
Nineteen Church Road
Nineteen Church Road is a dentist in Hoveton in Norfolk. Everyone at the practice is dedicated to providing the very best in dental healthcare for all the family. They believe that each person is a unique and special individual who deserves the very best treatment, and they are committed to giving you just that. The dental practice in Hoveton offers dental implants, sedation, smile makeovers and dentures. In addition to cosmetic dentistry
Comments about openPR
9 o'clock: discuss press release with client, 10 o'clock: submit release to openPR, within the briefest possible time release is published and displayed in a prominent place on openPR.de. I am thrilled!
Zehra Spindler, Calypso Now! - Communication Agency