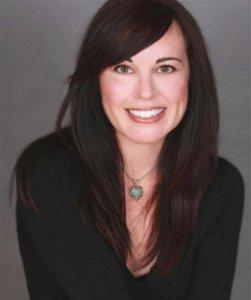 Film Advisory Board Honors “What Love Is A-Z” by Elle Febbo the Award of Excellence in Children’s Literature.Hollywood, Ca., January 19, 2012 – The Film Advisory Board has announced their most recent Award of Excellence tribute recipient, and the award goes to best seller, “What Love Is A-Z”, illustrated by Andrea Narciso and written and created by Elle Febbo, a former foster-child turned best-selling author and child advocate.Janet Stokes, Executive Director of the Film Advisory Board of Hollywood, Ca. calls the page-turner “absolutely endearing, refreshing, and a valuable tool for all ages to cherish”, adding, “There is a sense of well-being one feels with the turn of each delightfully illustrated page…this book will help children discover that acts of kindness and compassion are the keys to a successful life full of…Love”. The Film Advisory Board's (FAB) "Award of Excellence" is dedicated to awarding and promoting quality family-oriented and children's entertainment in all areas, including film, video, TV, CD-Rom, books and music.“It’s a privilege and an honor to receive such a tribute, and I’m grateful to the Film Advisory Board of Directors for their acknowledgement and appreciation,” says the author, who also serves as a spokesperson for Reading Is Fundamental of Southern California (RIFSoCal), an LA based literacy group which builds at-home age appropriate libraries for underprivileged youth.Febbo often uses her publication as a tool for service, raising funds and awareness for such organizations as the World Food Programme, the Citizens Commission on Human Rights of Florida, Orangewood Children’s Foundation, and Reading Is Fundamental of So. Ca.For more information visit www.ellefebbo.com, or www.WhatLoveIsA-Z.com Contact: Angela Schwartz info@ellefebbo.com 11862 Balboa Blvd. #214 Granada Hills Ca. 91344 Phone (424) 262-4506# # # # #Elle Febbo is an accomplished author, international journalist, national speaker, personal and professional writing coach and social advocate. She is also a member of the National Writers Union. She has been a leader in Business and Social Charities since 2003, with appearances on radio, television, and from stages. Febbo was just 12 years old and living in her first foster home when she became an award winning, published author. Elle lives in Los Angeles with her family. She strives to shed light on the power of Love, Compassion, and Uniting for Purpose, advocating a commitment to the betterment of all, starting with our youth. She passionately inspires the masses to live and work from the heart for a more rewarding, and spiritually accomplished life experience. To learn more, visit her at: www.ellefebbo.comAngela Schwartz info@ellefebbo.com 11862 Balboa Blvd. #214 Granada Hills Ca. 91344 Phone (424) 262-4506