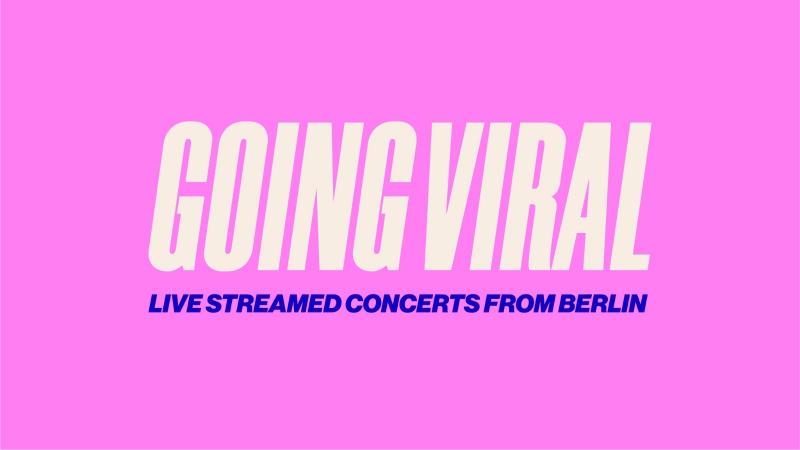 The second in a series of online concerts featuring independent artists from Berlin will be live on June 21.Watch gigs and contribute to the project: www.going-viral.live Going Viral, a new Berlin-based streaming project, is bringing the city’s legendary independent music scene to lounge rooms around the world. With most clubs and live music venues closed, Berlin’s musicians have suddenly found themselves with no places to play the gigs that keep them going.Going Viral is a series of livestreamed online concerts featuring some of Berlin’s most exciting independent artists, hosted by Steph Grace and Georgie Fisher of Berlin acoustic duo SISSOS.The Going Viral project is run by a collective of professionals in the Berlin live music and arts scene, along with team members in Finland, Japan, and the UK. “We’re just a group of artists and technicians working full-time in live entertainment who suddenly find ourselves with a lot of free time on our (clean) hands,” says Steph Grace.Going Viral is a way to help Berlin’s independent musicians find a global audience and provide an authentic live music experience to people who are self-isolating.Through Going Viral gigs, audience members around the world will feel like they’ve been instantly transported to one of Berlin’s famous music venues. “It works just like a normal concert, except you don’t have to go anywhere,” says Georgie Fisher.To attend a Going Viral gig, just visit going-viral.live and get ready to watch the livestream when it begins. Going Viral concerts are free to watch, but audience members are encouraged to donate to support the artists. The Going Viral site accepts donations via PayPal or credit card.After the stream ends, the concert will be archived and available to view again indefinitely. Concerts are expected to be held every two weeks, with new artists each time.The next Going Viral concert, featuring SISSOS, is planned for June 21 as part of the Fete De La Musique. The show will go live at 21:00 (CET). Sign up at www.going-viral.live for updates or watch our first episode featuring Lucas Laufen: www.youtube.com/watch?v=GK3QJnLgekYGoing Viral GbR Neumagener Str. 23-25 13088 BerlinFor media enquiries, please contact: Steph Fisher +33 6 8383 2631 and press@going-viral.liveAbout Going Viral Going Viral is a community project bringing Berlin’s best independent musicians into living rooms around the world via state-of-the-art livestreamed concerts. Club closures and social distancing rules are limiting the availability of Berlin’s legendary live music venues, leaving local musicians with few places to play the gigs that keep them going. With professional-level sound and lighting, an authentic wooden stage, and the latest streaming technology, Going Viral is an alternative live venue where Berlin musicians can play to the world. Not just another bedroom concert – audience members will feel like they’ve stepped inside one of Berlin’s many independent live music venues.Going Viral gigs are free, but the audience is encouraged to donate to support the artists. The project is led by a Berlin-based collective, including musicians Georgie Fisher and Steph Grace, photo artist and videographer Sophia Emmerich, and livestreaming and event service In Theory, along with team members in Finland, Japan, and the UK. www.going-viral.live www.georgiefisher.com/ www.stephgracemusic.com/ www.sophiaemmerich.com/ www.intheory.eventsAbout SISSOS SISSOS is a Berlin-based acoustic duo made up of real-life sisters Georgie Fisher and Steph Grace. Both have long-established solo careers in music and SISSOS is their first collaboration together. Their polished harmonies compliment their bluesy, soulful songs, and their natural rapport with each other and the audience will have you feeling like you’re part of the family, too. www.sissosmusic.com