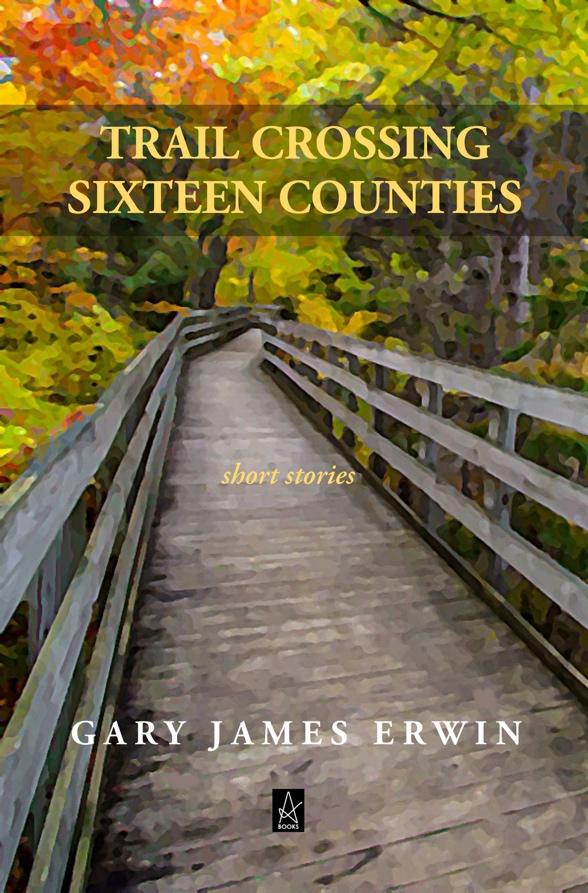 A boy who fantasizes about Playboy models while his mother recuperates from a serious heart ailment, a grandmother who takes target practice with a nickel-plated .38 caliber revolver in her crowded apartment building in a Detroit suburb, an elderly man who plunges naked into a northern Michigan lake during the late fall while recalling his life, and a police officer who finds a youth murdered under a highway overpass in the wee hours of the morning just outside of the Detroit city limits--these are a few of the stories that comprise Gary James Erwin's collection of stories, Trail Crossing Sixteen Counties.

"Trail Crossing Sixteen Counties is a moving investigation of love and loss and what it means to be a family. The stories in this collection are rich with beautiful moments, beautiful writing, and Erwin has a real gift at getting to the humanness of a thing. A remarkable debut." - Daniel Abbott, Author of The Concrete

"The humanity of Gary Erwin's stories is striking. Each story begins abruptly, enters the private world of his characters and reveals their common struggle for dignity. Erwin is also to be commended for the simplicity of his language and the no-nonsense development of each story." - Richard Dokey, Author

Gary James Erwin's stories, essays and journalism have appeared in many journals and publications. His work has earned two Pushcart Prize nominations and has been anthologized in The PrePress Awards Volume II: Michigan Voices. He lives with his wife, kids and critters in Clarkston, Michigan, and is the associate vice president of Marketing & Communications at the University of Detroit Mercy.

For information regarding this title and its Author, or any other title by Adelaide Books, or to receive ARC reviewers copy of this book, please write to office@adelaidebooks.org

ADELAIDE BOOKS LLC is a New York based independent company dedicated to publishing literary fiction and creative nonfiction. It was founded in July 2017 as an imprint of the Adelaide Literary Magazine, with the aim to facilitate publishing of novels, memoirs, and collections of short stories, poems, and essays by contributing authors of our magazine and other qualified writers.