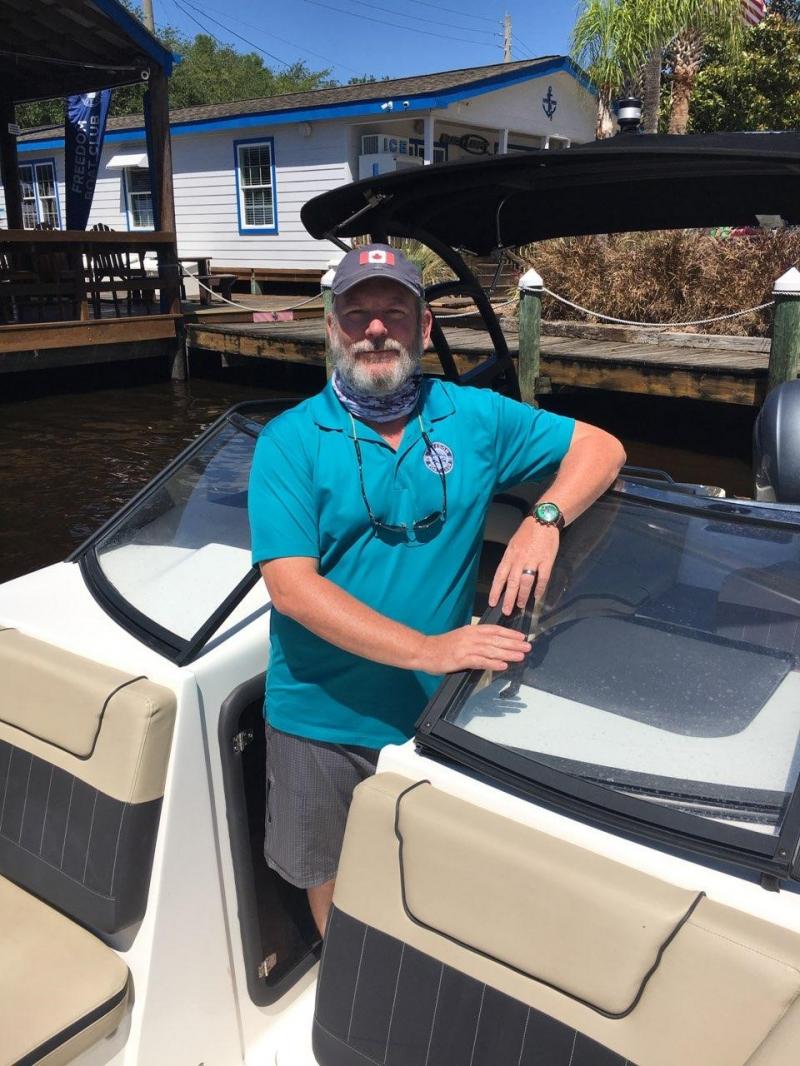 Jacksonville, Fla., May 15, 2020 - Freedom Boat Club of Jacksonville and St. Augustine has promoted Mark Vickers to the new position of general manager for its three local boating clubs. Vickers was a member for five years before joining Freedom Boat Club as a membership executive in January of 2020. Vickers will be managing the Julington Creek, Jacksonville Beach and St. Augustine locations to ensure Freedom is providing the ultimate membership experience every time members arrive at the marina. Born and raised in Winnipeg, Canada, Vickers moved to Florida in 1998 and currently lives in Mandarin. He was the owner of the consulting company Speaking is Selling before semi-retiring. He joined Freedom as a member because he loved being on the water without owning a boat. When asked if he would like to join the team as a membership executive at Julington Creek, he came out of semi-retirement for the opportunity to work on the waters he had grown to love. Vickers says his favorite thing about Freedom Boat Club is a toss-up between two boats in its fleet; a Rinker Q3 and a Key West 239. Vicker's promotion to general manager is part of a management restructure Freedom Boat Club is implementing as they continue growing their organization.Freedom Boat Club 12807 San Jose Blvd. Jacksonville, FL 32223 Media Contact: Kelly White kelly@kwhitecommunications.comAbout Freedom Boat Club Freedom Boat Club is the largest membership-based boating club in the world. It is an alternative to boat ownership delivering hassle-free boating since 1989. Freedom Boat Club provides unlimited access at three local locations, Julington Creek Marina in Jacksonville, Beach Marine in Jacksonville Beach and Camachee Cove Marina in St. Augustine, as well as reciprocal access to more than 225 locations across the U.S., Canada and France. Members can enjoy the fun of boating without the stress through a variety of membership options. For more information, visit www.freedomboatclub.com.