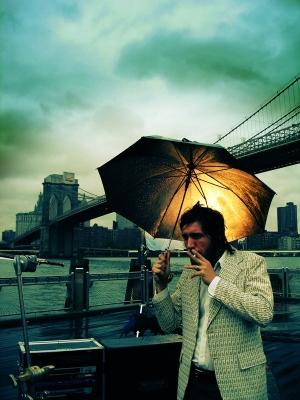 Los Angeles, CA (May 15, 2007)— After winning a 2006 MTV Video Music Award for “Video of the Year,” Shane Drake is already recognized as one of the world’s most imaginative and distinctive music video directors. As of today, Drake has officially announced that he is heading to England in order to work with legendary artist/producer Timbaland on his newest music video “The Way I Are” off his most recent album Shock Value. The music video will be shooting on May 18, 2007 in Manchester, England. Drake shares, “I like to tell stories with my videos-- and Timbaland’s new video is going to be unlike any other. Utilizing the tools of incendiary cinematography and fierce lighting schemes, I plan to sculpt an edgy masterpiece, oozing with style and impact. With each rhythmic pulse and beat we will time crafty edits, sharp as tacks and smooth as steel.” Los Angeles-based Drake has directed brilliant music videos over the past five years for elite music industry players such as Gym Class Heroes, Fall Out Boy and Panic! At the Disco. Now, determined to broaden his creative output, Drake, who is known best for his talents in the rock genre, will once again crossover into hip hop to show the world what he can do. “This video is going to be an artistic expression of Timbaland’s music. As an added element of force and velocity, we will follow Timbaland as he cruises around the city. From the colors, to the wardrobe-- to the edits, we will craft a slick masterpiece that defies genre and truly defines cool,” says Drake.Shane Drake has most recently worked with rock bands: New Year’s Day, Say Anything and Paramore. His videos can be seen on rotation on Fuse and MTV2. Prior to leaving for the Timbaland shoot, Drake will be a celebrity guest on Fuel TV’s The Daily Habit (airing weeknights at 6 pm/9 pm PT).For more information or to schedule an interview with Shane Drake, please contact Mona Loring of MLC PR at (805) 231-3182 or contact@monaloring.com.-30-www.myspace.com/redvanpictures.comMedia contact is MLC PR: Mona Loring contact@monaloring.com 805-231-3182