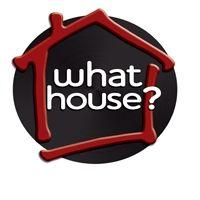 According to latest figures issued from the Land Registry, property prices across England and Wales fell by 0.9% during the month of October 2011 with a total annual fall in value of 3.2%.The figures show that this overall monthly decrease in property values is the highest since February 2009 and that the average price of a home now stands at £159,999. Properties in the East of England including new homes for sale in Norfolk and new homes in Suffolk saw price values increase overall by 0.7%. However, property values in Norfolk have dropped annually by 3.4% and in Suffolk by 2.1%. The highest fall in annual house values is in Wales with a decrease of 3%.However, some regions in the UK have experienced fluctuations in property values and are more affected than others. Cambridgeshire saw no fall in property value during October, however prices for new houses in Cambridgeshire have dropped annually by 2%. Gwynedd, Blackpool, West Sussex and Leicester also showed no decrease in monthly property values.The value of new homes for sale in Bristol dropped by 0.4% in October with an overall annual decrease in value of 4%. New homes in Essex saw an incremental rise of 0.4% during October, with an annual decrease in value of 2.1%. Its neighbouring county, Kent, has seen prices for new houses in Kent drop by 0.3% with an overall annual decrease in value of 3.5%. The values of new homes for sale in Lincolnshire have increased by 0.3% with an overall annual decrease of 4%.The greatest decline in property values were seen in the North East of England with the highest deficit figure of 7.2% overall for the region. London is the only area in England and Wales to see an increase in average property values with a 0.3% increase. The report also showed that the number of property transactions has decreased overall during the last year. During May to August in 2010 there was an average of 60,970 house sales per month. In the same period of 2011 there has been a drop of 6.2% in sales totalling 57,177 house sales.What House? is a leading property website that features thousands of new homes for sale. It also provides the latest property news, valuation of homes and property and mortgage advice. Over the last 30 years, What House? has held their annual What House? Awards, which are the longest established New Homes awards in the UK recognising UK house builders and developers across 21 categories. http://www.whathouse.co.uk/new-homes-search?keys=lincolnshireWhat House? 3rd Floor, 8 Baltic Street East, London EC1Y 0UP Sonya Brice 02073242800

05-24-2012 | Industry, Real Estate & Constr …
What House?
New Homes Launched in Yorkshire
Linden Homes have launched a new, completed street at one of their developments in Yorkshire. The new street is located at their St. Nicholasgate development in Beverley, East Yorkshire. The new homes consist of two, three and four bedroom family homes Located close to the town centre. A total of 130 new houses for sale have been launched and come in varying architectural designs to suit a range of buyers, including
02-10-2012 | Industry, Real Estate & Constr …
What House?
Regeneration Project Creates 1000 New Affordable Homes
A house builder that specialises in new homes has announced plans to develop 1000 affordable homes in the East of England. Iceni Homes, based in Bury St Edmunds in Suffolk, will be building and launching affordable new homes in Cambridgeshire and Suffolk as well as affordable housing new developments in Essex. The new developments in the region form part of a £123 million programme that is partly funded by the Homes
02-10-2012 | Industry, Real Estate & Constr …
What House?
New Homes Launched in Essex as Part of Regeneration Scheme
A home builder has launched hundreds of luxury new apartments as part of a £2 billion regeneration scheme being rolled out in Basildon. Weston Homes launched 425 new homes for sale in Essex at their Morello Quarter development located in Basildon. The properties consist of one and two bedroom apartments and are located close to the town centre. The new homes will appeal to a range of buyers including commuters, young
02-02-2012 | Industry, Real Estate & Constr …
What House?
UK House Prices Drop in January
House prices dropped by 0.2 per cent in January according to Nationwide’s latest house price index. The average house price is £162,228 and the decrease in property prices follows the second monthly fall in a row after a 0.2% fall was recorded in December 2011. However house prices remain 0.6% higher than they did a year ago. Possible lessening numbers of homes coming onto market means prices are likely to drop

02-15-2017 | Energy & Environment
Utilitywise plc
Water market deregulation in England
The water market in England is deregulating, giving business the chance to tap into savings and other opportunities. Here’s how it will affect your organisation. Water deregulation in England – an aid to navigation In April 2017, water industry deregulation will start in England, giving businesses, charities and public sector organisations the ability to shop around and switch retail service provider. Until now, only non-domestic customers in Scotland and very high water
02-01-2012 | Industry, Real Estate & Constr …
Neschen AG
Neschen closes loss-making plant in England
Bückeburg, 31 January 2012 - The company Neschen AG based in Bückeburg is closing its UK production plant in Basildon in mid-2012. Around 30 employees work at this plant producing self-adhesive products mainly for intercompany deliveries to Neschen AG and its US subsidiary. The plant closure should lead to an improvement in the group's EBITDA of 1.3 million euros from 2013 onwards. The independent British sales company Neschen UK Ltd.
08-19-2011 | IT, New Media & Software
Rich IDSman
Riots in England - who is to blame?
The whole world watched in horror as the riots in the UK reached epic proportions. Images of burning cars, shops being smashed and looted and burning buildings flashed across TV sets throughout the world. It looked like a make believe horror movie except it was real. The vast majority of the vandals were teenagers and kids as young as 12 years old. They were robbing anything and everything they could.
12-22-2010 | Advertising, Media Consulting, …
Gullivers Sports Travel
Cabs to Drive England Fans Cricket Crazy
The International Cricket Council and Gullivers Sports Travel are gearing up cricket fans in England for the ICC Cricket World Cup 2011, which starts on 19 February. Gullivers, the official UK travel agent for the event, is urging fans to get behind the England team and support its mission to bring back the Cricket World Cup from the Asian sub-continent. To drive the point home, more than 150 ICC Cricket World
11-01-2010 | Business, Economy, Finances, B …
Propacea Limited
Bank of England Pessimistic On Home Values
In response to the savage cuts to public spending announced last week, the Bank of England has warned that property prices are unlikely to rise – and will probably fall – during 2011, as lending remains stubbornly low and household budgets are squeezed. In September, mortgage lending fell to a 10 year low, with none of the traditional post-summer ‘bounce’ that agents were hoping for. “In those parts of
08-28-2008 | Sports
Patriotsground.com
The New England Patriots fans are increasing
The New England Patriots, commonly called the "Pats" by sports writers and fans, are a professional American football team based in the Greater Boston area, playing their home games in the town of Foxborough, Massachusetts. The team is part of the Eastern Division of the American Football Conference (AFC) in the National Football League (NFL). The owners changed the name from the original Boston Patriots tickets after relocating
Comments about openPR
OpenPR ist the nicest and most clearly laid out PR platform I have seen to this day. The press releases are displayed very nicely and clearly and without any unnecessary frills. The updates are fast and the finished release looks appealing and is clearly legible. Even with 16 years of experience one discovers new things from time to time. Congratulations!
Gabriele Ketterl, Director Marketing & PR, Menads