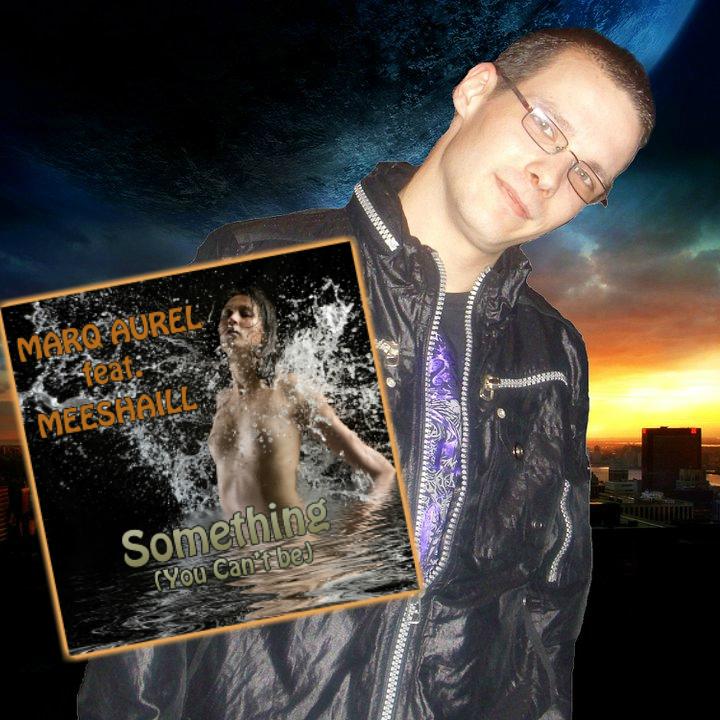 Turn up the volume for Marq Aurel's brand new winter dance hit featuring MeeShaill.Crackin basses warm up the floors during the cold season and enchanting vocals by the talented singer MeeShaill make this great track perfect.MeeShaill is the singing part of the TWIN M project and gave his voice to the song "Came to say Hello".After having great success with his latest releases "Road Rat", a co-production with BEATBREAKER which has made it into many Top10 rankings, and "Drinking Song", produced together with DISCOBASTARDZ and under the flag of CLUBSUKKERZ, which has found its way into the Top 10 of the US MPP Charts, Marq Aurel will hit the clubs and radio stations all over the world with a new and refreshing sound.Marq's new single is a cooperated release of Redlight-Media and Fresh Pool Media and supported by many additional remixes.TRONIX DJ (Remixes for Damn-R, Dancecore Deejay, Twin M, Alex Boundry and many more) and ARCTIC STARS (who remixed for F&M Project and Babe D) have done their contributions to this record as well as CHRIS PEETERS, whose trance remix will make every trancers heart bounce. Even ANDREAS LINDEN and JAVID SENERANO chipped in a remix to this single, while heat from Italy comes with a casual DIMA DJ Remix (who remixed for Italoproducerz, Domenico Pepe, Italoamigos feat.Elix England and Domyp feat.Francy M.) and many more remixes.This outstanding lineup of artists completes this fantastic new single "Something (you can't be)" by Marq Aurel feat. MeeShaill.This release features countless styles and come along with something for everyone.RELEASE DATE: 27 DEC 2011 LABEL: Redlight-Media / Fresh Pool Media UPC: 3610150328397 http://marqaurel.comRedlight-Media unites independent label, dj-pool, distribution, publishing & management focusing on commercial Dance & Pop Music (Eurodance, Hands Up, Italodance, Pop-Dance, Pop, Electro and Trance)Redlight-Media c/o Eichhorn Promo Office Reisholzer Str. 53 40231 Duesseldorf Germany redlight-rec@digital-filestore.de

01-14-2011 | Fashion, Lifestyle, Trends
Redlight-Media
TWIN M comes with the new Smash Hit "Came To Say Hello"
A new formation rises up into dance-pop sky. Twin M a dance project from Aachen, Germany enters the downloadstores with their first release “Came To Say Hello”. The Faces behind the radio fitting project are the german producer Michael V.(Emvace) and the songwriter and singer Michael H. Together they form Twin M. Everything started with a fun production. Michael H. wrote a text plus melody and Emvace produced a song

09-16-2020 | Media & Telecommunications
SmartWork Media
SmartWork Media Acquires ST Media Group Intl.
MONTCLAIR, NJ (September 15th, 2020) – SmartWork Media (www.smartworkmedia.com) has acquired all B2B titles, events, and digital media products of ST Media Group International (www.stmediagroupintl.com). The acquisition of titles is a strategic initiative to integrate the intellectual property of both organizations to create a more dynamic media company that is well positioned to meet the evolving needs of marketers in each respective industry. “SmartWork Media has a stable of powerful award-winning
08-13-2020 | Arts & Culture
New Media Film Festival
New Media Film Festival
INNOVATIVE STORIES & TECHNOLOGY CREATORS FINALLY HAVE THEIR DAY – AUGUST 15TH 2020 NEW MEDIA FILM FESTIVAL AWARDS SHOW The 121 New Media Films & Content from 32 countries that are nominees in the 11th Annual New Media Film Festival® voted. Resoundingly the nominees voted to have an online awards ceremony and forgo an in person festival this year. With 38 World – 15 U.S., and 30 L.A. Premieres and the
09-11-2017 | IT, New Media & Software
kbvresearch
Social Media Analytics Market
According to a new report, “Global Social Media Analytics Market (2017 – 2023)”, published by KBV research, the Global Social Media Analytics Market size is expected to reach $11.6 billion by 2023, rising at a market growth of 28.6% CAGR during the forecast period. The North America market holds the largest market share in Global Social Media Analytics Services Market by Region in 2016, and would continue to be a dominant
10-01-2013 | IT, New Media & Software
Kaleidoscope GmbH
Terminology goes Social Media
The importance of terminology is constantly increasing. Companies struggle to introduce an overall process and to enable the users to benefit from standardized language resources. Often, the key question is: "How do I find and, above all, motivate fellow colleagues for the common cause?" With the new version 5.3 quickTerm now offers many new features especially for these challenges. The wheel of collaborative workflows does not have to be re-invented for
12-13-2011 | IT, New Media & Software
Global Forestry Investments
Brazil's social media boom
The social media craze has been hitting Brazil as the emerging BRIC nation is reportedly becoming one of the most avid consumers of social media in the world. With an estimated 75 million internet users, it is believed that 23 percent of users regularly use Twitter, making that the highest usage anywhere in the world. Back in February, Facebook users in Brazil stood at 10 million. Today, that number
10-04-2011 | Business, Economy, Finances, B …
ngc
MEDIA ADVISORY
Meet the team of National Gift Card (NGC), the leading marketer and supplier of gift cards for use in loyalty, incentive and rewards programs. The agency offers more than 175 major retail, restaurant and prepaid cards along with full-service marketing support, secure online ordering, distribution, fulfillment services and customized programs designed to reach each client’s specific objectives. NGC representatives will be on hand both days to answer media questions about the
Comments about openPR
9 o'clock: discuss press release with client, 10 o'clock: submit release to openPR, within the briefest possible time release is published and displayed in a prominent place on openPR.de. I am thrilled!
Zehra Spindler, Calypso Now! - Communication Agency