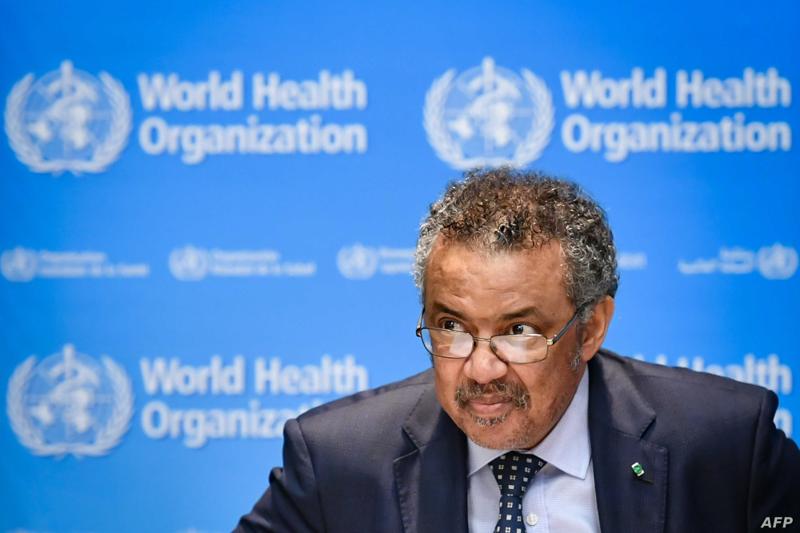 Lady Gaga curated One World: Together At Home in partnership with the W.H.O. and Global Citizen P

NEW YORK- April 18, 2020 - An American adviser to Ethiopia's democracy revolution called publicly today for Lady Gaga to stop praising World Health Organization Director-General Dr. Tedros Adhanom.Gaga partnered with Dr. Tedros, who goes by his forename, and Global Citizen to launch the virtual festival April 18. The event was described on Global Citizen's website as "a historic, cross-platform global special that will celebrate and support healthcare workers and others on the frontlines, and the World Health Organization (WHO) as they lead the fight against the COVID-19 pandemic."The broadcast included leading global health experts and featured dozens of stars, including Billie Eilish, Lizzo, Sir Paul McCartney, Stevie Wonder, The Rolling Stones and Sir Elton John."I want to highlight this global, kind community that's coming together right now," Gaga said.Gaga's relationship with Tedros was a prominent feature of the event's promotion. The singer paid tribute to the WHO leader on Friday despite increasing criticism of him from President Trump and conservatives over alleged collusion with China to minimize the danger from the coronavirus outbreak at the start of the Covid-19 pandemic."Dr. Tedros, you're truly a superstar," she said, speaking directly to him while joining WHO's daily coronavirus briefing to discuss the lineup for the "One World: Together at Home" benefit concert. "Lady Gaga and Global Citizen are cool," the Ethiopian revolution's adviser, David Steinman, stated. "And One World: Together At Home is a fantastic event that raised millions to fight COVID-19. But it's obscene to link a man like Tedros to it."According to Steinman, Tedros was complicit in crimes against humanity committed by Ethiopia's former government when he was its foreign minister and politburo member from 2012 to 2016. The regime was led by a political party called the Tigray People's Liberation Front, or TPLF, listed on the Global Terrorism Database.Human rights groups have documented widespread abuses committed by the TPLF-controlled government during Tedros' tenure. These include wholesale shootings, torture, kidnappings, enforced disappearances, arbitrary incarceration of tens of thousands, including children, in concentration camps, and putting political prisoners in cells with wild animals."Tedros' position alone makes him accountable for the dictatorship's atrocities," Steinman said. "He was too much a part of the system not to share responsibility for its brutality."Steinman, a Wharton-trained economist, was a strategist and advocate for Ethiopia's democracy movement until the 2018 collapse of the TPLF regime Tedros served. He also exposed the TPLF's human rights abuses and corruption in the Washington Post, NY Times and Forbes. Steinman first published his accusation of Tedros in a nonfiction afterword to a novel, Money, Blood and Conscience, which criticizes celebrity support for the TPLF."Steinman is our voice. Our freedom fighter," said Tekle Yeshaw, author of a report titled, The Amhara Genocide which documents the mass murder of Ethiopia's Amhara tribe by the TPLF and its proxies."For a man with so much blood on his hands to be associated with a great event like One World: Together At Home was an insult to the thousands of forgotten Ethiopian victims who lost their lives or who grieve and suffer to this day because of Tedros and his TPLF pals," Steinman said. "It also insulted the Covid-19 victims whose loss might have been prevented had he not parroted Chinese propaganda which under-reported the crisis. Celebrities should stop legitimizing this criminal hiding in plain sight."In a controversial decision, the Trump administration recently announced plans to cut funding to the W.H.O.The W.H.O. declined to comment on its leader's involvement in Ethiopian human rights violations. Tedros has responded to allegations of collusion with China with a plea for unity and a warning not to "politicize the virus."Free Planet Publishing PO Box 494 Bronxville, NY 10708-0494 USA freeplanetpublishing@gmail.comFree Planet Publishing recently released the highly acclaimed novel, Money, Blood and Conscience.

04-15-2020 | Health & Medicine
Asia World Anti-Aging and Well-Being Association
GO Logistics and Storage Join Forces with AWAWA on "Direct-to-Frontline" Initiat …
In conjunction with Asia World Anti-Aging and Well-Being Association (AWAWA), GO Logistics and Storage (GOLS) is has signed on to support the "Direct-to-Frontline" Initiative launched by Global Citizen Capital by providing warehousing, fulfilment and delivery services. The "Direct-to-Frontline" PPE Initiative connects PPE and other relevant medical supplies to the most at-risk healthcare workers in United States, Canada, UK and EU. "In the days and weeks ahead, we expect to see
02-22-2020 | Health & Medicine
Shout out organization
How to track the coronavirus: dashboard, built by a team at the Johns Hopkins de …
Did you know? 2019-nCoV coronavirus penetrate and attack human cells. Coronavirus is a challenge for many health leaders and are determining ways to respond to Coronavirus. It is essential to learn what coronavirus is - it is ultimately a virus. A virus is hard to define but ultimately a parasite - and are very diverse. Researchers are working actively for Coronavirus tracking around the planet. John Hopkins University has
07-05-2018 | Health & Medicine
Newspatrolling
Low quality healthcare is increasing the burden of illness and health costs glob …
NewsPatrolling.com (Media partnered with Newzopedia.com niryas.com webeesocial.com ayushmaanbhavah.com ) Poor quality health services are holding back progress on improving health in countries at all income levels, according to a new joint report by the OECD, World Health Organization (WHO) and the World Bank. Today, inaccurate diagnosis, medication errors, inappropriate or unnecessary treatment, inadequate or unsafe clinical facilities or practices, or providers who lack adequate training and expertise prevail in all
05-14-2018 | Business, Economy, Finances, B …
Newspatrolling
WHO plan to eliminate industrially-produced trans-fatty acids from global food s …
NewsPatrolling.com (Media partnered with Newzopedia.com , ayushmaanbhavah.com , webeesocial.com , niryas.com) : The World Health Organization (WHO) today released REPLACE, a step-by-step guide for the elimination of industrially-produced trans-fatty acids from the global food supply. Eliminating trans fats is key to protecting health and saving lives: WHO estimates that every year, trans fat intake leads to more than 500,000 deaths of people from cardiovascular disease. Industrially-produced trans fats are contained
10-25-2017 | Health & Medicine
Aid and International Development Forum (AIDF)
Aid & Development Africa Summit Brings Technology to Close Healthcare Access Gap
Access to healthcare in Africa differs greatly from region to region. The distance one lives to an urban centre determines the access they have to medical services, and is frequently a barrier. Africa holds a quarter of the world’s disease burden yet it is home to only 2% of its doctors. This gap is slowly being filled by innovations and mixed reality technologies that support health SDGs. While infectious diseases
Comments about openPR
Your portal is fast, simple, and easy to use. Others may have more functions but they also demand more editing time, you have to preformat the text in order to achieve a good result etc. I think openPR is really fantastic!
Andreas Knepper, wallmedien AG