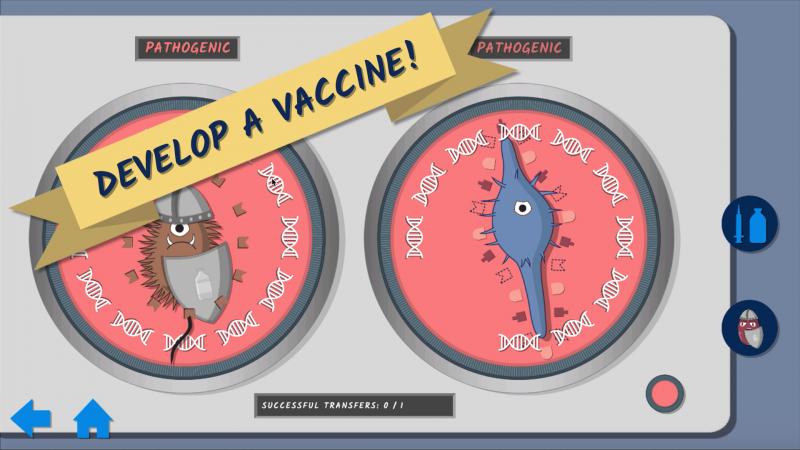 Scientists from the five year EU funded project MycoSynVac report their findings and successes at a final meeting in Brussels. The project drew on cutting edge biotechnology to explore three important GOALS: 1. TRANSFORM a living bacteria (Mycoplasma pneumoniae) into a vaccine chassis 2. APPLY this vaccine chassis against bacterial diseases in livestock animals, 3. CONTRIBUTE to the reduction of antibiotics administered to farm animals A well-rounded approach to science featuring ethics and communication The project consortium consisted of 8 partners (including universities, SMEs and a corporate partner) from 7 European countries, working hand-in-hand within a multi-facetted project that included new bioengineering and computational tools and methods, an ethical framework, and creative communication ventures. Researchers took part in internal risk assessment and ethics workshops, went out to meet interested members of the public at science cafes, and joined efforts to bring the project in a playful and educational manner to children and young adults. As well, the project was featured in the media of several European countries and was invited to present at a high-level conference in the European Parliament.Successes across labs and offices Each project partner contributed with tools, methods and approaches to the overall success of MYCOSYNVAC. To list a few examples, partners have: - Engineered a new set of genetic tools to incorporate on/off switches in Mycoplasma for better and safer vaccines, showing good results in the lab and currently being analysed in vivo. - Developed genome-scale metabolic, dynamic and whole-cell kinetic models of Mycoplasma and designed an open access modelling software tool (DMPy). The computer simulations revealed important bottlenecks and lead to crucial improvements for the large-scale production of vaccines - Developed new methods that allow designing Mycoplasma that is not pathogenic, and to integrate entire 'genetic circuits' in the organism. - Identified the surface proteins of several strains of Mycoplasma (to which the immune system reacts) and utilized those for future vaccine designs. - Presented the project to the public across Europe, produced a short documentary film on Youtube and developed a free educational online and mobile game called "Battle for Cattle", along with self-learning and teaching materials. - Developed a new genome engineering called MydelOrbit that allows fast knock in and knock out in any genome of interest, which may be considered for future use also in human therapy. - Significantly increased an understanding of Mycoplasma, and developed novel technologies and results under consideration for their potential in developing novel veterinary vaccines "Global challenges like antibiotic resistance are simply too big to tackle without investing in new ideas. Our work in re-engineering Mycoplasma is an example of the exciting opportunities cutting-edge synthetic biology techniques can fight the overuse of antibiotics in pigs and cattle. As well as farm animals, our work may one day combat human afflictions like pneumonia, which kills one in ten people that catch it in hospitals." said Luis Serrano, project leader and director of the Centre for Genomic Regulation in Barcelona. MycoSynVac was a 5 year project that received funding from the European Union's Horizon 2020 research and innovation programme under grant agreement No 634942.Dr. Markus Schmidt BIOFACTION KG Kundmanngasse 39/12 1030 Vienna, Austria www.biofaction.com office@biofaction.comBiofaction is a research and science communication company based in Vienna, Austria. Biofaction has significant expertise in science communication, film production, technology assessment and the study of ethical, legal and social issues in a number of emerging sciences and technology (genetic engineering, synthetic biology, converging technology).

02-25-2020 | Science & Education
Biofaction KG
Bacteria as CO2 recycling powerhouse
E. coli can live and feed on formate & methanol: Scientists from the Max Planck Institute (Germany) have reached a significant breakthrough presented in their recent Nature Chemical Biology publication. Their research for EU project eForFuel has redesigned the model biotechnological bacteria Escherichia coli (E. coli) to live and feed on methanol and formate: a possibility that serves as a stepping stone towards future endeavors aiming at recycling CO2 into various