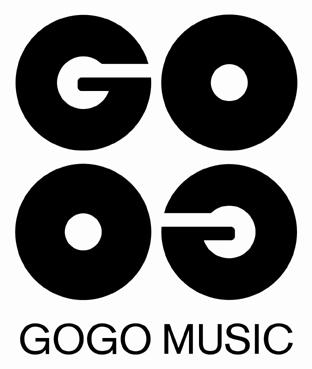 GOGO Music comes up with a real deal in the form of “I Don’t See Love” a seductive and meaningful vocal tune by “Joseph Junior & MAQman”. Additionally to MAQman’s profound Original and Jazzy Dubs, he teamed up with fellow musician Jezrael to deliver a skillful uplifting classic remix and rising producer star Ezel adds an impressively grooving rework.For Joseph Junior it always has been about music. Being soaked in parents old vinyl records playing Soul Music in the background, then fast-forward to teenage years listening to Anita Baker, Al Jareau, George Benson, Sade, Fela Kuti to finding Jazz like Miles, Coltrane and Ella which all helped to shape most of his subtle sound. Soon Joseph had the opportunity to provide backup vocals for many British acts including Mick Hucknall or Jocelyn Brown and went on to showcase his talents at legendary venues as the Jazz Café, The Scala and Royal Albert Hall. He worked alongside artist like Omar, Roachford, Mica Paris or Gwen McCrae and recorded at the legendary Larry Gold and Gamble & Huff Studios in Philadelphia, USA. Joseph’s style is undisputedly eclectic with its foundation always on Soul. It was the mutual love of him and MAQman for this genre, which provided the opportunity to record numerous songs together which were released on various labels worldwide. MAQman’s musical career started as a keyboarder - from Blues to Funk to Soul to Jazz - with various bands and even Reggae with The Moonraisers who took him on tour around Europe during the last years. His production influence derives mainly from black music classics, which MAQman is collecting and playing since 1999. Through his extensive musical journeys, he managed to build up a team of musicians which allows him to keep his music organic and rich. It was the lucky coincidence of meeting amazing soulful singer/songwriter Joseph Junior who is the perfect vocalist to complete his fine productions and take them to another level. After joint outings on various Soul compilations with down- and mid tempo tracks, they soon focused on House Music and it was inevitable that their musical path had to cross with Germany’s flagship Deep House label GOGO Music.Young and gifted musician Ezel joins the label as a remixer for the first time. Ezel’s parents named him after the Spanish words “Es El” that means that he is he, a unique being with a purpose of his own and that purpose is his art. Born in Santo Domingo, Dominican Republic, Ezel has always been interested in matters of the Soul. In 2008 destiny allowed him to meet Osunlade, the Yoruba priest & music producer, a presence that has been highly influential in Ezel’s life and sound. 2 years later and after the release of his debut long-player „Secreto“ Ezel has growth to become one of the most admired new artists in the Underground House Scene, receiving the support of highly influential DJs such as Gilles Peterson or Joaquin “Joe” Claussell. Having done remix work for some of the most important dance labels worldwide, GOGO Music had an eye on him for quite a while and found now with “I Don’t See Love” the suitable title to ask him for his valued contribution.Rounding off the package is MAQman & Jezrael’s version. Born blind in the Philippines, multi-instrumentalist Jezrael Lucero’s center of life was always sonic. Nowadays he is residing in Hong-Kong where he makes his living with gigs and sessions. MAQman decided to approach him after attending some of his superb shows. Being as well a producer and sharing the same musical taste with MAQman, they immediately found the magical chemistry to substitute their dexterities in the studio resulting in refined works.GOGO Music offers with this release the perfect combination of emotional, soul-healing Deep House, that has both - the potential to enlighten every sophisticated dance-floor and being equally enjoyed in any other surrounding.GOGO Music … music it is and is it!GOGO Music is a Deep House Label based in the south of Germany which was established 2001 by Ralf GUM to provide an active record company for innovative artists and soulful dance-music. GOGO Music’s sound can be described best with “contemporary club music with soul”. The output concentrates on timeless songs instead of putting out a huge quantity of records following ephemeral trends. The label presented music from well-known artists such as Ursula Rucker, Inaya Day, Black Coffee, Monique Bingham, or Rocco as well as very own discoveries as for instance Raw Artistic Soul, 60 Hertz Project or King Club. The good reputation of GOGO Music is manifold reflected. GOGO’s releases made it various times to the UK Hype Chart and were able to enter the Swiss Dance Charts, as well as the DCC (Deutsche Club Charts). The labels records constantly receive worldwide airplay and can be heard on countless radio stations including majors, such as UK’s “BBC”, France’s “Radio FG”, South Africa’s “Metro FM” or Botswana’s Yarona, where GOGO Music scored the for example the number one playlist position for 4 weeks with “Complicated” in May 2010.GOGO Music Am Heegring 25 97450 Arnstein - Gänheim Germany

09-16-2013 | Fashion, Lifestyle, Trends
GOGO Music
Ralf GUM feat. Jon Pierce & Kafele – Never – GOGO 059
GOGO Music keeps at it with this stunning and real heartfelt song titled ‘Never’, which gave Ralf GUM’s album ‘Never Leaves You’ its name. Featuring Chicagoan crooner Jon Pierce and Kafele on trumpet and background vocals, the song received much praise since the long-player was released. Finally it receives its single release with remixes by no one less than the legendary Louie Vega. Ralf GUM is arguably one of the
09-09-2013 | Fashion, Lifestyle, Trends
GOGO Music
Sir LSG feat. Brian Temba & Kafele – All I Am – GOGO 058
GOGO Music proudly comes up with the second release of Sir LSG, after we presented you ‘Sax In The City’, which still was released under his former moniker ‘Hood Natives’ and became a smash-hit in 2011. This time Sir LSG teamed up with renown Soul-singer Brian Temba and Kafele who adds his distinctive trumpet lines. Remixes are contributed by DJ Spinna and Ben Moss to complete a splendiferous release. Sir LSG
02-15-2013 | Arts & Culture
GOGO Music
Ralf GUM feat. Kafele – Burning Star – GOGO 054
GOGO Music starts into 2013 with the next single taken from Ralf GUM's gold awarded album "Never Leaves You", which was the best selling artist album of the year 2012 on prime house download-store Traxsource, too. "Burning Star" sees the well-proven combination of Ralf GUM and Kafele in top form and receives now blazing remixes by Glenn Underground, Sir LSG and Kafele himself. This is definitely a mouth-watering release for
09-12-2012 | Fashion, Lifestyle, Trends
GOGO Music
Ralf GUM feat. Monique Bingham – Take Me To My Love (with Raw Artistic Soul, L …
GOGO Music increases the pressure with the third single taken from Ralf GUM’s long player “Never Leaves You” to be released worldwide this September. When Monique Bingham and Ralf team up, the magic is inevitable. “Take Me To My Love” is no exception. Remixes are contributed by some of the industries most esteemed heavy-weight producers: Raw Artistic Soul, Louis Benedetti and completing the package, a sleek jazzy version remixed by

02-04-2012 | Fashion, Lifestyle, Trends
GOGO Music
GOGO MUSIC 10TH ANNIVERSARY COLLECTIONS
Well is has been ten years since we started meeting like this … now GOGO Music offers you a comprehensive look back on its impressive catalogue containing music that accomplished to move global dance floors during the last decade and to inspire countless other artists and labels. Founded end of 2001 by Ralf GUM, the label GOGO Music portrays and expresses his love for soulful dance-music and provides a visionary
Comments about openPR
OpenPR is clearly structured and remains true to its principle of confining itself to the essential parts. OpenPR has proven to be a very good and reliable partner to our media agency: Within the shortest time the releases are online and go down well with the media representatives. The success of OpenPR is reflected in the steadily increasing number of press releases. It is good that OpenPR exists!
Ursula Koslik, Director Marketing & PR, F+W Hamburg