The Marriage Trap and Changing Roles for Women


Press release from: A3 Society 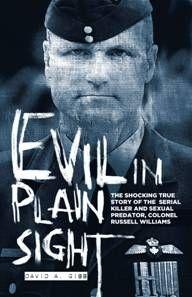 Traditional marriage is usually presented as a blissful union for both husband and wife. But it has a huge sinister side for women: the social ROLE women are expected to play. It’s a trap because it denies women a unique social status of their own.

Jacksonville, FL, September 30, 2011 - The institution of marriage was developed at the dawn of civilization for a much simpler culture than the modern world. This institution held together in an earlier age because society accepted the principle that women BELONGED to men. Women were viewed as "possessions". Ironically, women went along with this because, if women played by these rules, society "protected" their marriage.

Divorce, for example, was NOT, and still is not, allowed in the Catholic Church. Divorce was NOT granted in U.S. courts except for FAULT which mostly meant adultery. But women paid a big price for this. They couldn't vote. They had to obey their husbands about almost everything. They had little say in a career because they either "had" to stay home and take care of the kids, or got moved at the whim of their husband's situation. Sexual activity was very tightly controlled for women while men were allowed a "double standard". Birth control was forbidden. Their role was not unlike the role of a slave. Why did society evolve this way?

Male patriarchy, for the entire span of human culture, has been afraid of the reproductive power of woman. The scary part for men was that women could manage reproduction almost totally without them. This is the story of the Amazons. They killed most of their male babies. All they needed was just a few males to mate with all the women. Amazon society was essentially opposite to the male dominated herd structures of animals.

Like animal structures, male competition for females, which usually involved violence, was a big problem for early society. So monogamy was developed as a social constraint. It’s basic rule was: every man was entitled to at least one woman. To make that work, a way had to be found so that every woman would WANT and stay faithful (at least on the surface) to that one man. The social structure we call marriage achieved this. The marriage ceremony gave each man a woman. The dominance of male social power gave men value that women would want. Ironically, this reversed the "courting" behavior of humans vs. animals, in that human females became the competitors, rather than males. But satisfying the dominant mating drive of males was retained through the double standard.

SO? What now? Society is in a tough bind. With the recognition of women's rights, and the development of birth control, which allows women to enter the workforce, the old structure is falling apart. But society refuses to acknowledged this, and hasn't "established" alternatives which address the problems that are emerging. Two new novels: LIARS! Vol. 1 - Scout to the Pole, and LIARS! Vol. 2 - Escape to Insanity, discuss desperately needed solutions based on over 30 discoveries in psychology, philosophy and social principles.

Ultimately, the reader will learn how public statements claiming to represent broad "public opinion", are predominantly the voice of a small elite minority intent on maintaining superiority. Mankind's greatest social institutions: government, religion, science, education, law, medicine, and even the U.S. Constitution, are challenged and shown to be corrupt. A unified structure emerges which becomes the basis for a new social structure for mankind.

The books are described at A3society.org – Books

Explorer, philosopher and Jacksonville, Florida author, Bruce Nappi, has just released two volumes of his new book series LIARS! The books present over 40 major discoveries that answer many of the most critical unanswered questions of the ages, including why we have so much chaos and strife in modern society. Difficult psychological and philosophical discoveries are explained using everyday language in a readable, exciting novel format. The discoveries affect every part of our culture, making the books interesting and valuable reading for everyone who seeks understanding and improvement for today's society.

The books -- LIARS! Vol. 1: Scout to the Pole; and Vol. 2: Escape to Insanity -- are based on Nappi's experience as one of the Eagle Scouts on the 1965 North Pole Expedition. They present an "Atlas Shrugged" philosophical romp through a 3 Stooges run government research world, challenging the most fundamental beliefs of human culture. The coming of age saga is filled with amazing true-life adventures expanded by the insights of 40 years in the rough and tumble world of high tech business intrigue. A life threatening climax in volume 2 finally creates a setting to pull together all the wisdom and lay out a broad and comprehensive explanation for many of the problems modern society can't seem to understand.

About the A3 Society

The A3 Society was formed to gather a community of like-minded people to explore the new social structure outlined in the books LIARS! Vol. 1: Scout to the Pole and LIARS! Vol. 2: Escape to Insanity.

More Releases from A3 Society

10-04-2016 | Arts & Culture
Manhattan House Publishing & Media
PSYCHOPATHS, LIARS, DEMONS, AND CHILDREN: THE UNRELIABLE NARRATOR-- Debut Author …
FOR IMMEDIATE RELEASE Of interest to editors and journalists covering: books and publishing Chicago, IL [October 4, 2016]—Manhattan House Publishing & Media is thrilled to announce the upcoming publication of The Limbo Tree, a young adult novel by author T.N. Suarez. The Limbo Tree will release on October 10, 2016, as a jacketed hardcover, paperback, eBook, and audiobook. “Unreliable narrators take many shapes and forms,” said Suarez. “Psychopaths, liars, demons, and
08-31-2016 | Advertising, Media Consulting, …
iPOP
iPOP! ALUMNI CHLOE BRIDGES LANDS SERIES REGULAR ROLE ON UPCOMING SHOW, DAYTIME D …
(Los Angeles, August 29, 2016) Chloe Suazo, or more commonly known as Chloe Bridges, is an iPOP Alumni actress who had a role in Pretty Little Liars, The Carrie Diaries, Camp Rock 2, and has just landed a series regular role in a new show called Daytime Divas set to air in 2017. The new series focuses on the everyday lives’ of five female co-hosts who star in a daytime
01-09-2012 | Business, Economy, Finances, B …
A3 Society
Occupy The US Constitution Launched by A3 Society
Occupy Wall Street has another big task to do - fix the U.S. Constitution. The A3 Society, founded on breakthrough discoveries that EXACTLY address this task, has launched the National Opinion Collection System as a key component. Jacksonville, FL, January 08, 2012 - Occupy Wall Street has another big task to do - fix the U.S. Constitution. The A3 Society, founded on breakthrough discoveries that EXACTLY address this task, has launched
10-17-2011 | Politics, Law & Society
A3 Society
Occupy Wall Street Supported by the A3 Society
Occupy Wall Street has a big job to do - fix broken governments around the world. The A3 Society, founded on breakthrough discoveries that provide solutions for EXACTLY this task, is providing support to the project. Jacksonville, FL, October 17, 2011 - Breakthrough discoveries in human brain structure, language, the psychology of human behavior, evolution, morality and democracy made by A3 Society founder Bruce Nappi are being made available to the
09-20-2011 | Business, Economy, Finances, B …
The A3 Society
New Democracy Beyond Capitalism for Post Collapse World
Based on a new model of morality developed from a new understanding of the human brain and human psychology, a new social structure is presented as the next step for mankind after the coming collapse. Jacksonville, FL, September 19, 2011 - During research into human consciousness, Bruce Nappi discovered that many conventional assumptions about the human brain were insufficient to explain all the latest observations. To explain emerging discoveries, he had
09-12-2011 | Science & Education
The A3 Society
Darwinian Evolution Revised for Human Society and Machines
The Theory of Evolution addresses biological changes over billions of years. A similar process, social evolution, applies to human societies. Now, another evolution has started: machine evolution. Which will win? Jacksonville, FL, September 12, 2011 - The theory we call Darwin's Theory of Evolution, is actually a theory about the biological development of "life forms" over billions of years. And this theory was a good description of the processes that
Comments about openPR
OpenPR is clearly structured and remains true to its principle of confining itself to the essential parts. OpenPR has proven to be a very good and reliable partner to our media agency: Within the shortest time the releases are online and go down well with the media representatives. The success of OpenPR is reflected in the steadily increasing number of press releases. It is good that OpenPR exists!
Ursula Koslik, Director Marketing & PR, F+W Hamburg