Press release from: The A3 Society 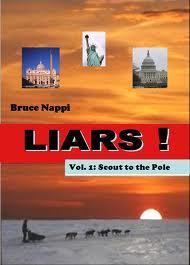 The Theory of Evolution addresses biological changes over billions of years. A similar process, social evolution, applies to human societies. Now, another evolution has started: machine evolution. Which will win?

Jacksonville, FL, September 12, 2011 - The theory we call Darwin's Theory of Evolution, is actually a theory about the biological development of "life forms" over billions of years. And this theory was a good description of the processes that occurred. However, things changed radically with the arrival on earth of modern humans about 40,000 years ago. Because of a new form of human consciousness, referred to as A3, humans were able to build cities, irrigate large tracts of land, and conduct war. This changed everything.

But that's not where this denial ends. Breakthroughs now being made that describe human consciousness will soon allow programming computers with human equivalent consciousness. This will usher in an event referred to as the singularity, when control of life on earth moves from humans to intelligent machines. Machines will essentially become new "life forms" and have their own process of evolution.

A profound factor related to these changes is that with each new evolutionary form, the speed of evolution increases. But not just by a small amount. The ability of scientifically mediated cultural evolution, especially with genetic tools, to change culture and behavior is happening at rates 3 - 6 orders of magnitude faster than biological evolution. And when the machines gain control, they will again be able to evolve many orders of magnitude faster than human society. Furthermore, they will be immortal! And, they will be able to repair damage and mutate at will with add-on and inter-changeable parts. This is also an emerging paradigm that science is totally blind to.

These discoveries are discussed in two new novels: LIARS! Vol. 1 - Scout to the Pole, and LIARS! Vol. 2 - Escape to Insanity. Summaries are available at http://A3society.org .

Explorer, philosopher and Jacksonville, Florida author, Bruce Nappi, has just released two volumes of his new book series LIARS! The books present over 40 major discoveries that answer many of the most critical unanswered questions of the ages, including why we have so much chaos and strife in modern society. Difficult psychological and philosophical discoveries are explained using everyday language in a readable, exciting novel format. The discoveries affect every part of our culture, making the books interesting and valuable reading for everyone who seeks understanding and improvement for today's society.

The books -- LIARS! Vol. 1: Scout to the Pole; and Vol. 2: Escape to Insanity -- are based on Nappi's experience as one of the Eagle Scouts on the 1965 North Pole Expedition. They present an "Atlas Shrugged" philosophical romp through a 3 Stooges run government research world, challenging the most fundamental beliefs of human culture. The coming of age saga is filled with amazing true-life adventures expanded by the insights of 40 years in the rough and tumble world of high tech business intrigue. A life threatening climax in volume 2 finally creates a setting to pull together all the wisdom and lay out a broad and comprehensive explanation for many of the problems modern society can't seem to understand.

Ultimately, the reader will learn how public statements claiming to represent broad "public opinion", are predominantly the voice of a small elite minority intent on maintaining superiority. Mankind's greatest social institutions: government, religion, science, education, law, medicine, and even the U.S. Constitution, are challenged and shown to be corrupt. A unified structure emerges which becomes the basis for a new social structure for mankind.

About The A3 Society:
The A3 Society was formed to gather a community of like-minded people to explore the new social structure outlined in the books LIARS! Vol. 1: Scout to the Pole and LIARS! Vol. 2: Escape to Insanity.

More Releases from The A3 Society

09-20-2011 | Business, Economy, Finances, B …
The A3 Society
New Democracy Beyond Capitalism for Post Collapse World
Based on a new model of morality developed from a new understanding of the human brain and human psychology, a new social structure is presented as the next step for mankind after the coming collapse. Jacksonville, FL, September 19, 2011 - During research into human consciousness, Bruce Nappi discovered that many conventional assumptions about the human brain were insufficient to explain all the latest observations. To explain emerging discoveries, he had