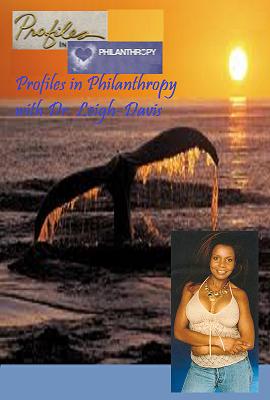 05-22-2018 | Business, Economy, Finances, B …
Ken Research Pvt Ltd
The Biggest Issue with Remittance: Ken Research
Introduction: The Global Remittance Market has been valued to be at approximately USD 600 Billion based on Market Research Reports for Remittance. The market has had a growth rate of about 4.5% between 2012 and 2017 due to increasing reliance on remittance amounts in low and middle income countries. Close to 70% of the remittance amount transferred is used for the basic expenses of the recipient families in developing economies.
09-04-2017 | Advertising, Media Consulting, …
Ken Research Pvt Ltd
Global Online Retailing 2015-2020: Ken Research
Global Online Retailing, 2015-2020" report, published by Verdict Retail, provides analysis of the current and forecast market data of retail sales in different category groups in the online retail channel across the globe. In addition, it covers information on key technology trends, online trends in major countries, and the payment preferences of consumers. This report also focuses on major retailers across the regions, with an emphasis on innovative retailers in
06-15-2017 | Health & Medicine
Ken Research Pvt Ltd
Uprising European Influenza Vaccine Market- Ken Research
Europe is at the heart of global vaccine research and production. Influenza is a vaccine preventable disease and influenza vaccine has been available for use in Europe since 1960’s. Approximately, at US$ 1 billion, Europe influenza market was closed. Nevertheless, the highest influenza market share was held by United Kingdom. West Europe has more than US$ 500 Million. United Kingdom, Germany, France, Italy and Spain hold 80 percent of influenza market
10-21-2016 | Health & Medicine
Ken Research Pvt Ltd
World Spa Industry Latest Trends: Ken Research
The experts suggest that the origin of word “spa” is said to be done from a town in Belgian named Spa, where in 14th century a sanative natural spring was discovered and the meaning of word spa itself denotes to “fountain”. In other words an area where medicinal baths are provided with mineral rich water is called spa. Spa Locations offer enormous health treatments and as well commonly known as
10-20-2016 | Advertising, Media Consulting, …
Ken Research Pvt Ltd
The UK Stationery Market Future: Ken Research
A mass noun which refers to the writing material, manufactured commercially which includes envelopes, cut paper, writing implements and other office or study supplies is called Stationery. Stationery on a broader perspective can include material written on by hand or by any equipment. Although the stationery market is ever growing, but due to the rise in electronic media it is being superseded. The report titled “The UK Stationery Market 2016-2021”
01-12-2011 | Business, Economy, Finances, B …
CFOwise
Ken Kaufman Moderates the Focus Finance RoundTable
Ken Kaufman moderates the Focus Finance Roundtable on Effective Tax Strategies for Small and Medium-Sized Businesses PLEASANT GROVE, Utah, January 10, 2011 - CFO WISE Founder & CEO, Ken Kaufman, was given moderated the Focus Finance Round Table on January 6, 2011 on Effective Tax Strategies for Small and Medium-Sized Businesses. This round table covered three main topics, recent tax law changes and how they impact you, actionable tips to help
Comments about openPR
OpenPR is clearly structured and remains true to its principle of confining itself to the essential parts. OpenPR has proven to be a very good and reliable partner to our media agency: Within the shortest time the releases are online and go down well with the media representatives. The success of OpenPR is reflected in the steadily increasing number of press releases. It is good that OpenPR exists!
Ursula Koslik, Director Marketing & PR, F+W Hamburg