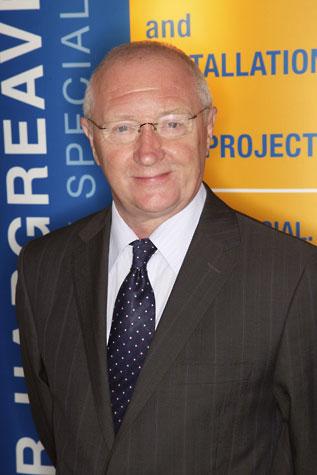 Retiring MD from Senior Hargreaves, Kevin White has also played a considerable part in supporting the ductwork industry through the HVCA

The managing director at ductwork specialist Senior Hargreaves, Kevin White, has retired after 40 years with the business. “I have seen some huge changes in the business over the years,” he says, citing the emergence of the trade counter business, Ductshops, the development of Hargreaves HFD fire resistant ductwork and the creation of a new a division devoted to new products and innovations. Kevin joined the company as an estimator in 1971 and became contracts manager in 1984, contracts director in 1991, deputy managing director in 1998 and managing director in 2003. “In my time with the company, Hargreaves has endured difficult times but has emerged a stronger organisation that is much respected within the heating and ventilation industry. Working with internationally famous engineers and architects we have provided vital services that contribute to improved safety, comfort and welfare for building occupants in facilities for research, advanced manufacturing, offices, transport hubs and infrastructure as well as conference and entertainment venues,” he noted.During his time in contracts, Kevin supervised the installation of the highly polished stainless steel ductwork on the world famous Lloyd’s building. Architect Richard Rogers famously located all the ductwork and other building services on the outside of the building to maximise the available space inside. He created an iconic building that, 25 years on, still looks fresh and original. Other notable projects that Kevin managed included the Queen Elizabeth II Conference Centre, Sizewell B nuclear power station and the Glaxo laboratories at Stevenage. Kevin has also played a considerable part in supporting the industry through his involvement with the HVCA (Heating and Ventilating Contractors’ Association) and other trade bodiesKevin has overseen major changes during his term as managing director. Encouraged by parent company, Senior Plc, and fully supported by the Hargreaves board he has driven through significant modernisation. This has seen a focus on special contracts, the introduction of lean manufacturing, enhanced quality systems and environmental standards. “We are now a more focussed, cost aware, profitable and sustainable business that is able to rise to current market challenges and face the future with confidence,” Kevin concluded.Hargreaves is one of the oldest companies in Bury having been established by in the 1870’s. The company remains one of Bury’s largest private sector employers. Factory buildings have been extensively redeveloped and modernised over the last five years as part of the introduction of lean manufacturing and to improve environmental performance and sustainability.Kevin has handed over responsibilities to Tim Hopkinson the new chief executive and will remain as a consultant to the company over coming months. In his retirement he aims to improve his golf handicap, work on the garden and has plans for international travel. More Information High resolution images are on the web at www.ainsmag.co.uk/ha166/4909ha1a-kevin-white.htmSenior Hargreaves is the UK's largest ductwork manufacturer. They produce over 4,000 tonnes of HVAC ductwork each year for a diverse range of construction applications. The HFD range of fully tested fire resistant ductwork is designed for smoke extract and ventilation in fire engineering projects, where safe evacuation of people is vital.Tim Hopkinson, Senior Hargreaves, Lord Street, Bury, Lancashire BL9 0RG, UKTel. 0161 764 5082 Fax. 0161 762 2336 E-mail: pr@senior-hargreaves.co.uk Web: www.hargreaves-ductwork.co.uk