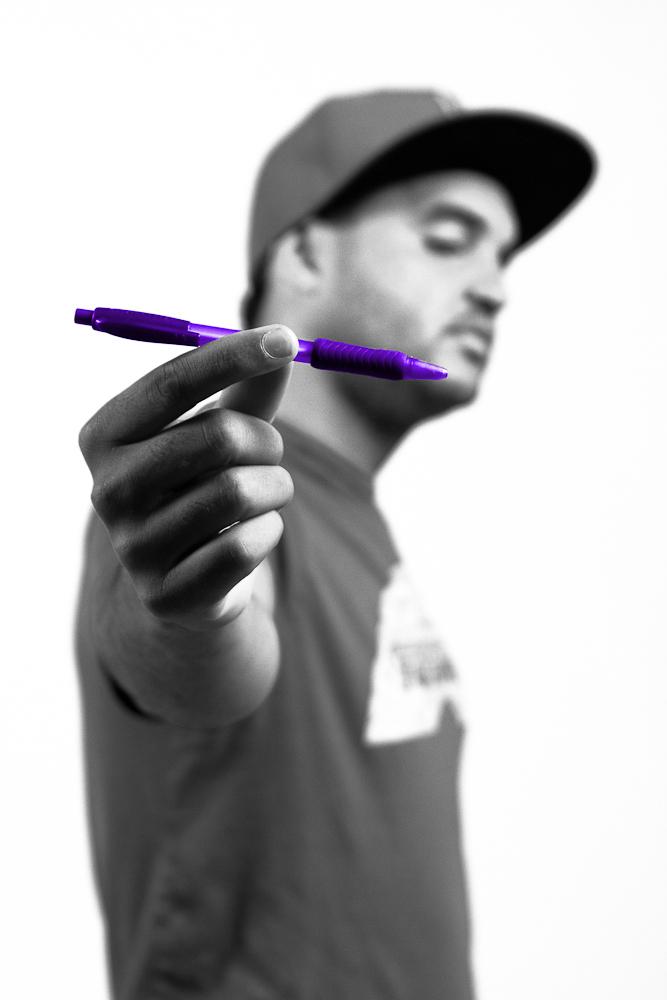 LOS ANGELES, CA (September 6, 2011) — “Barack the Vote’s” success landed creator, Brandon Broussard on season five of Bravo’s hit show “Millionaire Matchmaker” in the upcoming episode airing Thursday, September 8th at 9:00PM. Former writer for Tyler Perry, Brandon Broussard’s latest creation, Purple Stuff TV has grown increasingly popular. The sketch comedy started as a web series in 2009 and since has generated buzz resulting in interest from various major networks. Brandon Broussard has had help from an all-star team, including Barry Floyd, PSTV Head Writer and well known for his role as ‘Tee Tee’ of BET’s hit show “The Game,” Oscar Turner, PSTV Executive Producer and former Paramount Executive, and Anastasia Ali, PSTV Producer and TV One Producer for “Love that Girl,” starring sister Tatyana Ali. The team of heavy hitters is currently shopping around the networks with their “Purple Stuff TV,” started as an online destination for the next generation of the “The Chappelle Show.” The comedy sketches drew inspiration from “Saturday Night Live” and “In Living Color.” The PSTV talented multicultural cast and crew had never imagined that their raw sketches would draw in such a huge audience and lead to creating two 30-minute pilots with a chance to follow in the footsteps of their predecessors airing on the small screen. “Purple Stuff TV’s” very own “southern gentleman with a broken heart,” Brandon Broussard gets back in the game on Thursday’s episode of “Millionaire Matchmaker.” Confident and sincere, Brandon knew the other millionaire was in trouble at the episode’s mixer when William “the wannabe player” told Brandon, "I'm thinking about asking the girl, who gives head better, you or your father?" Tune into Bravo at 9:00pm on Thursday to get to know Brandon’s down-to-earth yet raw personality, the source that gave birth to his thriving sketch comedy. Broussard has Barry Floyd to thank, as a key player for the project’s success. “The Game” star said, “PSTV has helped me grow as a writer while also giving me the opportunity to direct and produce. I'm very proud of the fact that I've been here since the beginning and I've seen the show come so far from what it was when we first started and it's only going to get bigger.” The latest episode of “Purple Stuff TV” will air this Thursday, September 8th. For more information, visit http://www.purplestufftv.com or follow @purplestufftv on twitter.BACKGROUND INFORMATION: Purple Stuff TV started as a small web show filmed in front of a news desk in 2009. The web series has since evolved into a sketch comedy show with over 50 people involved in the writing and production. Topping 10 million views on Russell Simmons “Global Grind” last season, the series is more popular than ever. The fourth season of PSTV premiered on July 14, 2011 and this Thursday September 8th will air the 9th of season four’s 13 episodes, each about 4 minutes in length. The series spiraled to become extremely popular in a short time, but popularity aside, the level of production has also evolved greatly in just about two years since the launch. The show’s success has paved the way to the production of two 30-minute pilots, both shot in front of a live audience, with hopes of landing on the small screen. ABOUT “PURPLE STUFF TV”: Purple Stuff TV is a sketch comedy in the same vain as “The Chappelle Show,” “Saturday Night Live” and “In Living Color.” Currently, well into the fourth season of the web-based sketch comedy series, the new episodes air every Thursday, for 13 weeks. Former writer for Tyler Perry and creator of “Barack the Vote,” Brandon Broussard is the brains and creator behind the project. Barry Floyd joined Broussard at the project’s first stages, as partners spearheading the project’s success. Well known for his role as “Tee Tee” on the hit show, “The Game” returning for a fifth season this fall to BET, Floyd also makes occasional appearances on PSTV. The all-star team is joined by Tatyana Ali's sister and producer for “Love that Girl,” Anastasia Ali, alongside former Paramount Executive, Oscar Turner. “Purple Stuff TV” is a an entertaining, laugh-out-loud series of raw sketches, including a reality-like dating show spoof, “For the Love of Jesus,” advice courtesy of dating/astrology guru “The Asstrologist,” as well as various other sketches skewering public personalities from Tyler Perry and LeBron James, for example. To view http://www.purplestufftv.com To follow @purplestufftvMLC PR 7080 Hollywood Blvd. #903 Los Angeles, CA 90028 Press Contact: Alexandra Grodeck MLC PR, Publicist (323) 462-8080 Alexandra@monaloring.com

01-02-2019 | IT, New Media & Software
KNOLSKAPE
KNOLSKAPE wins Brandon Hall Excellence award for the 4th year.
KNOLSKAPE, an end-to-end learning and assessment platform for accelerated employee development wins its first ever award for its Digital BLUR™ solution, with a bronze from Brandon Hall in the Best Advance in Unique Learning Technology category. Created by KNOLSKAPE, Digital BLUR™ is a framework geared to help organizations navigate the disruptions and prepare the organization for success in the Digital Age. This is the fourth year the organization is winning
12-27-2018 | Arts & Culture
PR for CATCHING HELL
“Catching Hell” by Brandon D Wyrick is published
ISBN #978-1787192546 “Catching Hell” by Brandon D Wyrick is published Exhilarating, Emotional, Shocking, Mind-twisting drama! About the Book: When all that is good falls part what's a man to do? Kevin Bullard is a sexy, wealthy, ambitious, high power businessman who appears to have it all, or so he thought. A sudden death in his company allowed him to take ownership of the pharmaceutical firm in downtown Dallas, Texas. Trying to prepare for his first
07-16-2018 | Fashion, Lifestyle, Trends
Golfino AG
Brandon Stone wins the Scottish Open in style wearing GOLFINO
Glinde, 16th July 2018 - GOLFINO Pro Player, Brandon Stone, has won for the first time this season on the European Tour at the Scottish Open. The South African won in style, both in the way he played and in what he wore. He finished with a final round of 60, a course record and European Tour joint record, winning by 4 strokes ahead of Eddie Pepperell with 20 under
04-23-2012 | Business, Economy, Finances, B …
Omniplex Ltd
Omniplex-distributed products receive a Brandon Hall Group award
Blatant Media Corporation’s Absorb learning management system (LMS) platform – distributed in the UK and Continental Europe by Omniplex - has received a ‘Best in Class’ rating in Brandon Hall Group’s Smartchoice® Solution Provider Certification program. According to Omniplex, a leading provider of e-learning solutions, Blatant Media Corporation received its highest scores in the area of ‘cost of ownership’, based on ‘price to value’ and extremely high levels of customer satisfaction
12-10-2011 | Advertising, Media Consulting, …
Archer Communications, Inc.
Brandon Capwell Joins Archer as Interactive Developer
FOR IMMEDIATE RELEASE: Rochester, NY, December 2011- Archer Communications, Inc., a full-service integrated marketing communications firm located in Rochester, NY, is pleased to announce that Brandon Capwell has joined the team as Interactive Developer. “Brandon is a great addition to our website development team,” said Archer President, Jeff Lennox. “With his versatile talents in both design and web development, he is capable of supporting us in numerous
10-14-2011 | Sports
Mission
Basketball Superstar Brandon Jennings Joins The Mission™ All-Star Team
Today, MISSION Athletecare™, the world’s first and only line of Athlete-Engineered™ products, announced star point guard Brandon Jennings has joined the company’s elite roster of athlete partners, including All-Stars Dwyane Wade and Steve Nash. MISSION’s Basketball Division made headlines last month with the debut of its groundbreaking and game-changing Court Grip™ technology – a proprietary, patent-pending formula that is scientifically engineered to enhance traction and combat the negative effects of dusty,
Comments about openPR
9 o'clock: discuss press release with client, 10 o'clock: submit release to openPR, within the briefest possible time release is published and displayed in a prominent place on openPR.de. I am thrilled!
Zehra Spindler, Calypso Now! - Communication Agency