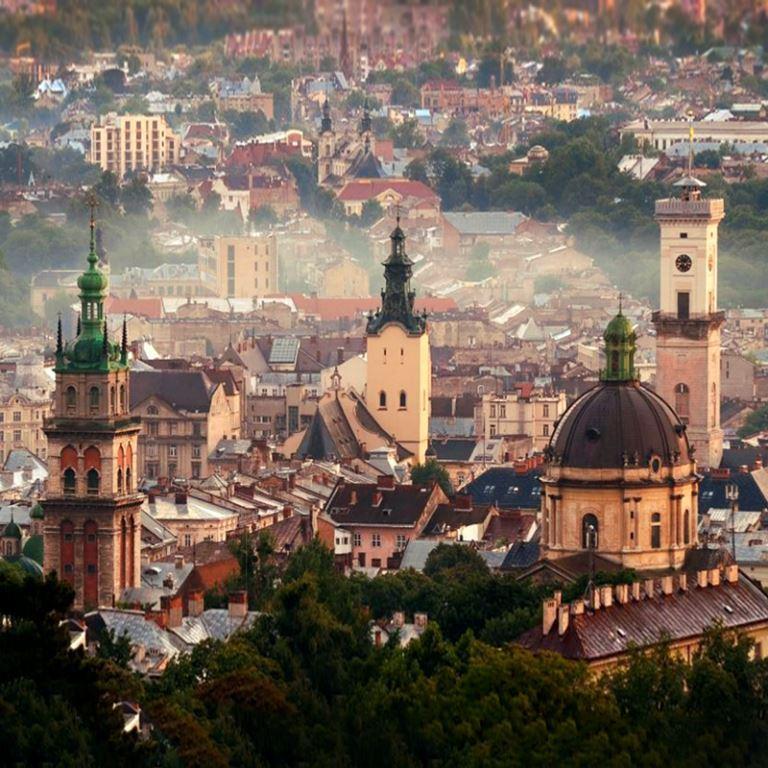 One of the most popular agencies in Ukraine, which provides private city tours in Kyiv for foreign tourists, launches city tours in Lviv. Lviv is the second city in Ukraine in the number of tourists after Kyiv, in 2018 the city hosted 2.2 million foreign tourists. Most tourists come from Poland, Belarus, Germany, the United States, Canada. Also, according to the press service of the Lviv City Council with reference to the LCP “Tourism Development Center”, Lviv was the first Ukrainian city to enter the top 100 tourist cities in Europe. The city ranked 64th among 126 cities on the continent. This is not surprising, because even the main square of Lviv is a UNESCO World Heritage Site. The territory of the ensemble of the historical center consists of 120 hectares of the Old Russian and medieval parts of the city. Especially valuable are the architectural works of Rynok Square, Armenian and Russian Streets. The artistic value of European scale are the Armenian Cathedral, the Assumption Church, St. George's Cathedral and the Dominican Church. Now, during the private tours with professional guides from Guide me UA, you can not only see but also learn about the history, culture of the Old City of Lviv, visit Lviv dungeons, take a coffee and chocolate tour and a tour to the Lychakiv cemetery. "It is very important for us to show the beauty of Ukraine, to provide good service so that our foreign guests would like to return to Kyiv and Lviv again," says the tour guide Kate Dobromishev.Guide me UA 4a Alexandra Arhipenko Street, Kyiv, Ukraine, 04211 Kate DobromishevGuide me UA is a travel agency in Ukraine that provides private city tours in Kyiv and Lviv and offer Travel Packages around Ukraine. Founded in 2015. Amount of tour guides - more than 30.

You can edit or delete your press release Guide me UA Travel agency launches tours in Lviv, Ukraine here

09-04-2018 | Science & Education
Fraunhofer IAO
Food for the city - from the city
Fraunhofer IAO publishes study on urban farming Whereas the number of people living in cities worldwide is continually growing, the already scarce area used for growing food and resources has been steadily shrinking. This disparity, however, can be partly bridged by urban farming, the practice of growing food in cities and urban areas. Fraunhofer IAO has published a study investigating how cities could benefit from locally grown food and resources, looking
07-12-2017 | Advertising, Media Consulting, …
ReportsWeb
City Travel Briefing: Paris
Paris has been resilient as one of the world's leading tourist destinations despite a host of challenges related to security, accommodation and overcrowding. With a clear focus on reinventing the city for the modern traveller by transforming its infrastructure, culture and attractions, Paris is well placed to compete with emerging cities vying to become the tourist destination of choice. This report outlines Paris's strategy in attracting new (and old) holidaymakers
10-26-2016 | Tourism, Cars, Traffic
Russia Incoming Tour Company
ST. PETERSBURG CITY TOUR
Duration: 3 hours Restrictions: Available every day The price includes: Private transport & English, German, French or Spanish speaking guide Specifications: Guides with other languages are available though there may be a price variation Price note: For groups of more than 10 pax, price will be given upon request Private St. Petersburg City Tour is a great chance to acquaint you with top historical, architectural and vintage sights of the city along with a history
03-06-2014 | Tourism, Cars, Traffic
Fraunhofer IAO
Manufacturing in the City?
Urban manufacturing is not just good for companies What strategies and concepts are required to ensure city-based manufacturing gives all its stakeholders added value? The Urban Production innovation network brings Fraunhofer IAO together with partners to develop new approaches for urban manufacturing. Global trends such as the world’s growing population, ongoing urbanization and our increasing awareness that raw materials are a finite resource are forcing us to find ways to make
12-10-2011 | Advertising, Media Consulting, …
Kansas City Printing
Kansas City Printing
Lenexa, KS – Colorstar Printing, a Kansas City printing & direct mail marketing company, today announced the launched of a newly re-developed website. Colorstar Printing has been a leading provider of commercial printing and direct mail marketing services in Kansas City since 1998. Small, medium and even Fortune 500 companies have selected Colorstar as a cost effective solution to outsource their printing needs. The company provides business
04-02-2009 | IT, New Media & Software
LINK Development
Luxor city portal - first official city portal in Egypt
(31 March, 2009) – Tourists anywhere in the world who wish to find out more about Luxor before their visit to this city of wonders can now avail of a wide range of online services and information with the launch of the Luxor portal, developed and designed by LINK Development in association with Microsoft Egypt. The first official city portal in Egypt (luxoregypt.org) which was inaugurated during an official visit by
Comments about openPR
OpenPR is clearly structured and remains true to its principle of confining itself to the essential parts. OpenPR has proven to be a very good and reliable partner to our media agency: Within the shortest time the releases are online and go down well with the media representatives. The success of OpenPR is reflected in the steadily increasing number of press releases. It is good that OpenPR exists!
Ursula Koslik, Director Marketing & PR, F+W Hamburg