France Mass Notification System Market is estimated to grow at an impressive rate of more than 15.0% during the forecast period. 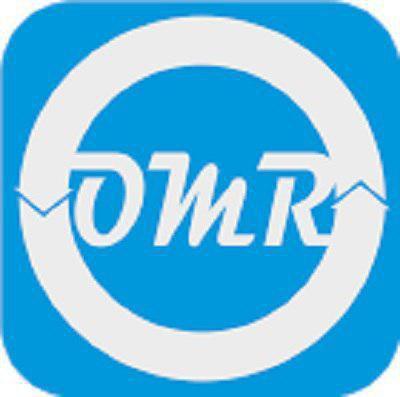 France mass notification system market is estimated to grow at an impressive rate of more than 15.0% during the forecast period. The major factors which augment the growth of the mass notification systems market in the country include government rules & regulation and investment in public security, terrorism in the country such as the Paris attack. Moreover, various benefits offered by the mass notification system such as personalize message delivery service, maximize security, reduced response time, control of rumors & misinformation, affordable, and easy to use are also expected to escalate the regional business growth of the market. Furthermore, the growing trend of bulk message services is also expected to contribute significantly towards the growth of the market.To learn more about this report request a free sample copy @ https://www.omrglobal.com/request-sample/france-mass-notification-market During terrorist attacks, emergency notification systems play an important role in sending alert messages to the nearby crowd about the attack. This helps the crowd to instantly evacuate the place and take a safe exit. In France, most of the major terrorist attacks have occurred in open areas, wherein wide-area mass notification systems could have played a vital role. Although, France has its own national security alert system which was created by President Valery Giscard d'Estaing in 1978. White, yellow, orange, red, scarlet are the colors used by the system, until 2014, to represent the four-level of threats. However, in February 2014, the levels were simplified to vigilance and attack alert.France has been majorly targeted after the Paris attack in 2015. The 2015 Paris attack had forced the government to change the policy regarding the safety and security of the people. In 2016, two days before the Euro 2016 football tournament, the French interior ministry has unveiled its alert app called SAIP (Système d’alerte et d’information des populations). The app was developed after November 2015 coordinated terrorist attacks across Paris in which around 130 mortalities occurred. The app was created by the French government to send warning directly to people’s phones in the event of a bombing, shooting or other disasters. The smartphone screen turns crimson and displays the word “ALERT”, in case of any terrorist activity near the user, along with a brief description of what is happening and advice on how to react.France Mass Notification System Market-SegmentationBy Mode of Deployment • On-Premises • CloudBy Application • In-Building • Wide Area • Distributed RecipientBy End-User • Residential • Commercial • IndustrialA full report of France Mass Notification System Market is available at https://www.omrglobal.com/industry-reports/france-mass-notification-marketCompany Profiles• Alertus Technologies LLC • Blackberry Ltd. • Crises Control • Desktop Alert, Inc. • Eaton Corp. • Everbridge Inc. • Honeywell International Inc. • IBM Corp. • Johnson Controls International PLC • Motorola Solutions Inc. • OnSolve LLC • Siemens AG • Singlewire Software LLC • Valcom Inc. • xMatters Inc.For more customized data, request for report customization @ https://www.omrglobal.com/report-customization/france-mass-notification-marketCompany Name: Orion Market Reports Contact Person: Mr. Anurag Tiwari Email: info@orionmarketreports.com Contact no: +1 646-755-7667, +91 780-304-0404Orion Market Reports (OMR) endeavors to provide an exclusive blend of qualitative and quantitative market research reports to clients across the globe. Our organization helps both multinational and domestic enterprises to bolster their business by providing in-depth market insights and most reliable future market trends. Our reports address all the major aspects of the markets providing insights and market outlook to global clients.

You can edit or delete your press release France Mass Notification System Market is estimated to grow at an impressive rate of more than 15.0% during the forecast period. here

01-20-2020 | IT, New Media & Software
Orion Market Reports
US Wearable AI Market: Industry Growth, Market Size, Share and Forecast 2019-202 …
The US Wearable AI Market is estimated to grow significantly at a CAGR of over 28.6% during the forecast period. The factors contributing to the US wearable AI market include investments in R&D, high expenditure on IT and ICT industry by government and private investors, and the presence of key players. The favorable government initiatives in product development and innovation along with the collaboration between the private and government sector
01-17-2020 | Business, Economy, Finances, B …
Orion Market Reports
Global Emotion Analytics Market: Market Size, Share and Forecast 2019-2025
The Global Emotion Analytics is anticipated to show lucrative growth at the CAGR of 12.4% during 2019-2025. The rapid adoption of cloud computing services across several enterprises is a major factor to drive the growth of the global emotion analytics market. The growing significance of big data and advanced analytics is further supporting the increase in the utility of cloud computing for understanding the behavior of the customers through the
01-17-2020 | Business, Economy, Finances, B …
Orion Market Reports
Content Intelligence Market Segmentation, Forecast, Market Analysis, Global Indu …
Content Intelligence Market is anticipated to grow at a CAGR of 28.2% during the forecast period. The rising adoption of new advanced techniques such as machine learning (ML), artificial intelligence (AI), big data and Natural Language Processing (NLP) is fueling the growth of the content intelligence market. Machine learning is the subset of AI and is impacting almost every industry such as automobile, advertising, retail, and finances apart from that
01-16-2020 | Business, Economy, Finances, B …
Orion Market Reports
Global Air Duct Market: Global Industry Trends, Market Size, Competitive Analysi …
The Global Air Duct Market is expected to grow at a CAGR of 4.2% owing to the rising application in the end-user industry such as office space, airport & rapid transit, retail stores and shopping complex, hospitality and manufacturing. Heating, Ventilation, and air conditioning (HVAC) system are used for cooling and heating buildings such as residential, commercial and industrial. Duct heaters are utilized for heating commercial and industrial buildings. The

06-05-2017 | Health & Medicine
ReportsWorldwide
Cigarettes in France, 2016
ReportsWorldwide has announced the addition of a new report title Cigarettes in France, 2016 to its growing collection of premium market research reports. "Cigarettes in France, 2016" is an analytical report by GlobalData that provides extensive and highly detailed current and future market trends in the French market. The report offers Market size and structure of the overall and per capita consumption based upon a unique combination of industry research, fieldwork,
12-07-2016 | Industry, Real Estate & Constr …
ReportBazzar
Packaged Food in France
Summary The slow but progressive exit from the persisting crisis of the French economy and the slight improvement in GDP growth in 2016 has contributed to current value growth of 1% in current value terms in packaged food. This is still modest and just in line with the CAGR seen over the review period, although this is in the context of strong price wars, stagflation and the detrimental effects of terrorist
10-01-2014 | Energy & Environment
WELTEC BIOPOWER GmbH
Biomethane for France
WELTEC Receives Order for Biogas Project with Gas Processing French agriculture has a wealth of raw and waste materials that are suitable for biogas plants. However, only half of the available materials are presently used for energy production. Thus, ambitious development plans have been drawn up: By 2020, the biomass share in the field of renewable energies in France is to rise to about 50 percent. No wonder that that the number
09-11-2012 | IT, New Media & Software
celum GmbH
celumday 2012 France
On October 4th 2012 the celumday France will take place at the Hippodrome d’Auteuil in Paris. The Tribune Présidentielle is the perfect meeting environment for customers, partners and interested parties to exchange ideas and discuss current developments as well as trends in managing brands and digital assets. At the celumday 2012 France you will experience that sportive competition and today’s business world have a lot in common: both strive to be
04-04-2008 | Sports
Speed:World:Cup
Speed:World:Cup France: Day 3
What an incredible day: 60 knots of wind, amazing speeds, upside-down timing caravan. We have rarely seen such a windy race day during competition - an experience that not many can share. Alexandre Caizergues and Charlotte Consorti, both from France, are still dominating the PKRA Speed:World:Cup in Port St. Louis. The day started calm, not very windy, and the skippersmeeting was scheduled for 9:30, due to the official function yesterday evening.
04-03-2008 | Sports
Speed:World:Cup
Speed:World:Cup France: Day 2
Epic conditions today in Port St. Louis, with three legs held in 30-40 knots of wind the race committee tested all skills of the riders, technical as well as physical. Alex Caizergues was the man of the day, with three bullets clearly in the lead now. In the womens fleet, Charlotte Consorti has also a perfect score with 4 out of 5 victories. Skippersmeeting was held at 9:00 and
Comments about openPR
9 o'clock: discuss press release with client, 10 o'clock: submit release to openPR, within the briefest possible time release is published and displayed in a prominent place on openPR.de. I am thrilled!
Zehra Spindler, Calypso Now! - Communication Agency