Yoga – The King's way to health and happiness 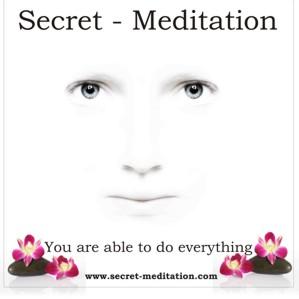 The spiritual lectures of Yoga stem from Indian Buddhism and Hinduism. The soul is considered a traveler, the body is the carriage: The five senses are the horses and common sense the navigator. Sanskrit calls the soul carriage’s harness Yoga. The Upanishaden lectures, created 700 years before Christ, turned into the foundation of a philosophy describing the path to enlightenment via meditation. Ethnic foundations and pathways of Ascesis and retreat lay at the base. Today’s Yoga consists mainly of the physical exercises, the Asanas, combined with breathing meditation and phases of rest. These methods of meditation, such as the popular sun salutation, are practiced throughout the western world but were developed centuries later. They make up a small part in the traditional Yoga teachings. The physical exercised were originally meant to supplement for training and preparation for lengthy, demanding sessions of meditation in the lotus position. Later on, the connection between physical exercise and mental rest were recognized even in traditional Yoga. Serenity and a balanced flow of energy between the body’s Chakras in spiritually influenced forms of Yoga are the goals of modern meditation. Ascesis and retreat from the sensual world hardly play a significant role, however. Yoga has been mixed with forms of meditation and wellness that hardly incorporate spiritual aims.More about the world of meditation in the „encyclopaedia of meditation“ on http://www.secret-meditation.com+++ Important tip for editorial staff: Originator of this press release is Verlag Jakobsweg live. The originator permits the free use and utilisation of this press release in every form. Abbreviation for Verlag Jakobsweg live is VJL +++The publishing company Jakob's way offers live since 2007 publications, Internet portals and media creation on the subjects Jakob's way, meditation and web design. Books, in printed and electronic form, as well as DVD's and discussion forums belong to the business operating area.Verlag Jakobsweg live Werner Jakob Weiher von-Humboldt-Str. 3 50259 Pulheim - GERMANY Tel.: 0049-2238-9369893 Email: info@jakobsweg-live.de

09-15-2011 | Health & Medicine
Verlag Jakobsweg live
Transcendental meditation for health and happiness
This form of meditation distinguishes itself by its encompassing, ideological philosophy. Transcendental meditation is a protected trademark. The technique may be taught only by authorized TM teachers and is charged. The founder of the related movement “Global Nation of World Peace” is Maharishi Mahesh Yogi. Transcendental meditation focuses not only on the bliss of the individual but strives to reach at a global state of salvation. Maharishis claim that transcendental
09-12-2011 | Health & Medicine
Verlag Jakobsweg live
Attentiveness meditation – the simple way for a better life
Attentiveness meditation, just as meditation for silence and peace, is an ideal introduction to the topic of mediation. Buddhism refers to it as Vipassana meditation. Being one of the most ancient forms, it spread to all circles of laypeople throughout the centuries. Attentiveness meditation works with alert perception of processes instead of extraordinary states of mind or special knowledge. It is based on perception of a person’s own breathing. During
09-06-2011 | Health & Medicine
Verlag Jakobsweg live
Active meditation for active people
Cutting after the modern person’s lifestyle, different forms of meditation have been developed to base on physical exercise and interaction in order to find one’s own self rather than by peace and passivity. In a world full of noise, speed and a flood of medial stimuli, active meditation and its orientations are made for preparation for a contemplative phase of meditation. Physical exercise helps transfer consciousness into a state of
08-18-2011 | Health & Medicine
Verlag Jakobsweg live
With Zen Buddhism to the Epiphany
Meditation in Zen Buddhism will not climax in discovery of internal areas or conditions of a mind separated from the outside world. Zen is about man’s unison with reality. The habit of projecting oneself into the future, wanting to achieve something for a state yet to be, to fight, is set aside in Zen Buddhism. Instead, it is all about the mindful handling of all which is present and real