Multiple Myeloma Treatment Market segmentations by key players - multiple myeloma drug treatment market will benefit from novel therapies from 2016 to 2023. The main drivers of growth will be the launch of monoclonal antibodies (mAbs) Empliciti and Darzal 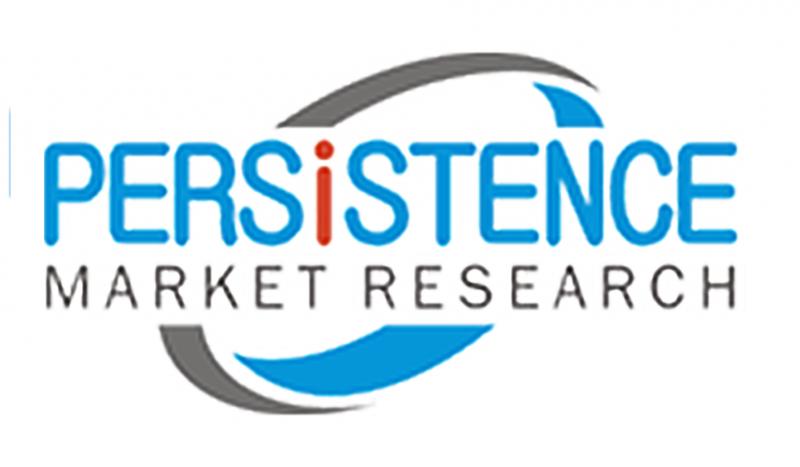 Multiple myeloma is a cancer formed due to malignant plasma cells. Normal plasma cells are found in the bone marrow and are an important part of the immune system. Plasma cells helps to fight infections by making antibodies that recognize and attack germs. Multiple myeloma causes cancer cells to accumulate in the bone marrow, where they crowd out healthy blood cells. These malignant plasma cells then produce abnormal proteins (m protein) which may cause tumors, damage the kidneys, and impair immune system function.

The global Multiple Myeloma market is anticipated to be mainly driven by increase in ageing population, rising obese population, increase in healthcare expenditure and increased penetration of novel cancer drugs. Some of the significant developments of this industry include upcoming new innovative products in the market, trend of combination therapies, and chance of new players.

The multiple myeloma drug treatment market will benefit from novel therapies from 2016 to 2023. The main drivers of growth will be the launch of monoclonal antibodies (mAbs) Empliciti and Darzalex, which will not only provide a new treatment option for MM patients, but they will also lengthen the time between relapses, meaning that the duration of Revlimid and/or Velcade treatments will also be longer. Also, launch of second-generation proteasome inhibitors Ninlaro and Kyprolis, will further increase treatment options for these patients. This situation will change the industry and market, which is currently dominated by an immunomodulator, Revlimid, and a proteasome inhibitor, Velcade.

The main strength of this market is that it’s able to support many products. Novel drugs will likely to add treatment options for the Multiple Myeloma patients. Rather than competing with each other for a share of the market, these novel drugs will be used together to form more-effective treatment regimens, driving sales for each other. Again, when patients relapse, a different combination will be used. This means there are significant opportunities for revenue generation during the forecast period.

There are several promising compounds in late stage development that will capture a significant share of the market after approval. Those agents include HDAC inhibitors, monoclonal antibodies (mAbs) and kinase inhibitors. These launches will make market more diverse, with several blockbuster products claiming a significant share. The patent expiries of a number of key treatments will pave the way for further new mAbs to have a major impact on the multiple myeloma therapeutics space by 2023.

However, there are limitations in this market. The limited target patient population is a restricting factor that will come into play during the forecast period. With the launch of new mAbs one after the other may cause the market saturation, then, and revenue growth will slow. Also, the high treatment price and legal regulations will restrict the market growth.

The biggest constrainers of market are the increasing cost-consciousness of healthcare providers, as the launch and subsequent label extensions of these pipeline agents will lead to a significant expense, which may impact uptake of these drugs by the patients.

Segmentation based on Treatment Procedure:

Proteasome Inhibitors blocks proteasome which degrades unwanted cellular proteins, the inhibitors create a build-up of these proteins in the cell causing cancer cells to die. Velcade was the first drug to be approved in this category which validated that proteasome can be considered as therapeutic target. It can be administered as intravenously or subcutaneously. Kyprolis is second-generation proteasome inhibitors approved for use in patients with relapsed/refractory myeloma. Ninlaro is a first approved oral proteasome inhibitor, it is approved with the combination of lenalidomide and dexamethasone.

IMiDs are thalidomide analogues, which has pleiotropic anti-myeloma properties including immune-modulation, anti-angiogenic, anti-inflammatory and anti-proliferative effects. Thalomid shown to be effective across the spectrum of myeloma disease; however it has peripheral neuropathy a common side effect and can be irreversible. Revlimid is more potent over Thalomid. Pomalyst is an oral Immunomodulatory Agent which is most potent and has few side effects.

Histone Deacetylase (HDAC) inhibitors are thought to work in part by reversing some cancer-associated epigenome modifications. Farydak is administered in combination with bortezomib and dexamethasone. It is indicated for the treatment of patients with multiple myeloma who have received at least two prior regimens, including bortezomib and an IMiDs.

Immunotherapy is the new form of therapy for Multiple Myeloma treatment. This therapy stimulates the immune system and enhance their ability to attack cancer cells. These treatments involve the antibodies that targets the specific proteins found on the multiple myeloma cells or on immune cells, while others include vaccines and modified immune cells.

Darzalex is the first approved monoclonal antibody for Multiple Myeloma treatment. It is recommended in the patients who have at-least received three line of therapies in prior, including a proteasome inhibitor and an immunomodulatory agent (IMiD), or who are refractory to both a proteasome inhibitor and an IMiD. Daratumumab is anticipated to achieve peak sales only by 2023. Empliciti is approved in combination with Revlimid/dexamethasone for patients who has who are refractory to prior three therapies.

Chemotherapy is the use of anti-cancer (Cytotoxic) drugs, which enters the bloodstream and are distributed to all parts of the body. They destroy cancer cells by interfering with their ability to divide and grow. Doxil is a reformulated version of doxorubicin (Adriamycin®), which has been used for many years in traditional chemotherapy regimens in multiple myeloma treatment.

Geographically the Multiple Myeloma Treatment Market is segmented into five key regions: North America, Latin America, Europe, Asia Pacific and MEA region which will be boosted by increasing therapeutic options, including the introduction of two monoclonal antibodies (mAbs) with blockbuster potential, namely elotuzumab and daratumumab, during the forecast period.

You can edit or delete your press release Multiple Myeloma Treatment Market segmentations by key players - multiple myeloma drug treatment market will benefit from novel therapies from 2016 to 2023. The main drivers of growth will be the launch of monoclonal antibodies (mAbs) Empliciti and Darzal here

10-23-2019 | Health & Medicine
persistencemarketresearch.com
Alcoholic Hepatitis Therapeutic Market Rugged Expansion Foreseen by 2017 to 2025
Alcoholic hepatitis is a kind of liver disease usually affects people who are used to be heavy drinkers. It can cause short and long-term liver damage. Liver is a major organ of body functions to remove poisons such as alcohol from blood. It’s damaged by long time heavy drinking of alcohol. Usually occur in 30% of long- time alcohol drinkers. Asymptomatic steatohepatitis is also as alcoholic hepatitis the term is
10-23-2019 | Health & Medicine
persistencemarketresearch.com
Advanced Meniscal Fixation Devices Market Continuing to Show Billion Dollar Grow …
Meniscal fixation is minimally invasive surgical procedure is used to reconstruct torn meniscus. Meniscus functions include distribution and load transmission, joint stability, neuromuscular proprioception and joint nutrition. Meniscal tears are symptomatic and irreparable and meniscal fixation devices are used to remove unstable fragments. Meniscal repair is performed only during longitudinal tears (>10 mm), tears without deformity or secondary degeneration, and others. Meniscal fixation devices are used arthroscopic repair or
10-23-2019 | Health & Medicine
persistencemarketresearch.com
Liniments Rubs Market segmentation by key players - Liniments & Rubs Market are …
Liniments are liquid dosage forms which are used relieve pain and stiffness during arthritis, sore muscular aches, and muscle strains. Liniments & rubs are well absorbed through the skin and have a high bioavailability. Liniment vehicles depend on the type of action (counterirritants, massage, and rubefacient) and solubility of desired compounds. They can be used as irritants, analgesics, anti-inflammatory, astringents, and fungicidal. Rubefacient liniments are used for vasodilation and hyperthermia
10-23-2019 | Health & Medicine
persistencemarketresearch.com
Ammonia Inhalants Market Analysis- Size, Share, overview, scope, Revenue, Gross …
Ammonia inhalants are respiratory stimulant because ammonia gas irritates the lungs and triggers an inhalation reflex. This reflex alters breathing patterns and results in improved flow rates of the respiratory system and possibly increase the alertness. Basically, it works by triggering reflexive action which causes the muscle that controls the breathing process to perform faster. Additional it acts as a sympathetic nervous system and enhances the activities of heart and brain.