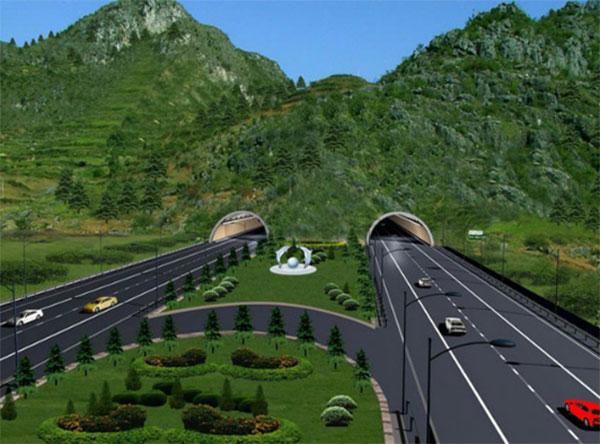 Phuket, Thailand: Engineering consultants presented their feasibility study for the controversial Kathu to Patong tunnel project during a meeting held at the Royal Phuket City Hotel in Phuket Town earlier this week.The six billion baht (US$201 million) proposal includes two one-way tunnels, each 1600 metres long, which will cut through the Nakkerd Hills. At the Patong end, the suggested route will start in Phang Muang Sai Kor Road. This will connect to a six lane carriage way which leads to the tunnel entrance. At the opposite end, in Kathu, a new road will be constructed to connect the tunnel to the existing Pisitkoranee Road.Supporters of the project told Patong Mayor, Pian Keesin, that there are still many safety concerns which need to be addressed.Others expressed the view that Phuket should work harder to enforce safety standards on its existing roads before embarking on such an ambitious project.Protesters from The Baan Morn village, at the Phang Muang Sai Kor Road entrance to the tunnel in Patong, were also in attendance. They voiced their concerns about compulsory purchase orders being served on their land.However, compensation for land owners has now been set at the ‘Patong market value’ of 80 million baht (US$2.7 million) per rai (1600m2).“Generally, projects do not need to have one hundred per cent agreement in order for construction to be approved,” said Pongchanit Chuwiruch, the feasibility study’s project manager.“But we definitely have to listen to the people who oppose the project too, and thus find suitable measures for them,” he added.The results of the feasibility study will now be passed to The Ministry of Transportation for budget approval.Mayor Pian has still not confirmed whether there will be a toll fee to use the tunnel.If the project is approved, it is estimated that the tunnel will take six years to complete.Rebecca Smith Phuket Ocean VillasRebecca Smith is a real estate journalist and author with over 15 years experience. She has published 3 books to date:'The Definitive Guide to buying property in Phuket' - http://blog.phuketoceanvillas.com/the-definitive-guide-to-buying-property-in-phuket-pr/'10 simple ways to slash your marketing costs and sell more property' - http://www.ovgmarketing.com/10-simple-ways-to-slash-your-marketing-costs-and-sell-more-property/'The Definitive Guide to buying property in Thailand' - http://blog.oceanvillasgroup.com/the-definitive-guide-to-buying-property-in-thailand-pr/Rebecca is currently the sales director for Phuket Ocean Villas and Ocean Villas Group.Phuket Ocean Villas Co. Ltd. 149/12 Srisoonthorn Road, Cherngtalay, Thalang, 83110, Phuket, Thailand