THE TENTH EDITION OF OAXACA FILMFEST 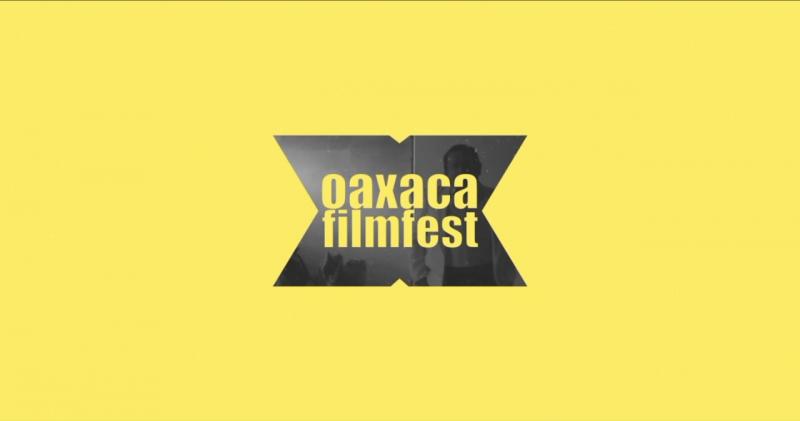 The press conference was attended by: María Novaro, Director of Mexican Institute of Cinematography Larry Laboe, Director of New Filmmakers LA producer Leticia Valle Mijangos, Subsecretaria de Planeación Estragica-Seculta Oaxaca José Antonio Hernandez Fraguas, representative of the Goverment of Oaxaca in Mexico City. Ramiz Adeeb Azar, C.E.O. of Oaxaca FilmFest Enrique Laffranconi: Program Director of Oaxaca FilmFest Ana Achenique, Executive Director of Oaxaca FilmFest Oaxaca FilmFest has reached its tenth anniversary, advancing its commitment to bring to the public a multifaceted program on an international level, creating spaces for Mexican cinema and promoting relations between national creators and producers on the international circuit.For this tenth anniversary, two new Industry programs were launched : The first is Pitch 189, a space for ready-to-develop projects to EFICINE to present themselves directly to supporting companies. The second, COMPANIES PITCH, involves the most important companies in the audiovisual sector listening to projects selected on their profile for the production of content for both cinema and television. HBO, Turner, Viacom and United Talent agency are some of the companies participating.For short films, three companies, Short TV, TV Cortos and Eurochannel, will evaluate 54 national and international short films for acquisition and/or distribution.In terms of schedule, the festival has a noteworthy new section: New Industry Selection, which includes short films from all over the world that have been selected for their potential to be developped into feature films or series.Meeting the objective of decentralizing the academic and industry offerings, the festival joins the efforts of other institutions, in particular the guidelines of the Secretariat of Federal Culture and in partnership with producers across the country to offer Oaxaca as a space for beneficial, industry-wide dialogue. As the scale of the Festival grows, the strength of new projects, alongside this industry momentum scheme, provide top-notch opportunities for creators by finding partners to present their projects.Also, the flow of national and international participants grows and strengthens the economic benefit to Oaxaca. The presence of Festival attendees is an opportunity to take advantage of and enhance the excellent quality of tourism infrastructures that the state offers to visitors. The Festival is the result of a combination of efforts, both public and private, particularly the support of the Secretariat of Culture, Federal government, and the Mexican Institute of Cinematography. In addition, this year, the Festival is supported by ProFest, through which it received 250,000 pesos, which were fully applied to developing and strengthening the programs which directly benefit the Community and increasing the academic exchange in the Industry Section. The venues Thirteen screening locations, which include important cultural spaces, will receive audiences and over 500 titles that will be available in an intensive cycle of projections for the seven-day event. Among the Festival venues are the Teatro Macedonio Alcalá, Cinépolis, the Auditorium of the Government Palace, the Former Convent of San Pablo, several Auditoriums of the Faculty of Medicine at the Autonomous University Benito Juarez of Oaxaca. In addition and for the first time this year there will be screenings in the Cinetransformer Headquarters. Numeralia The Festival received for this Tenth Edition almost 7,000 entries from more than 102 countries. We will be screening more than 400 films, both feature-length and short films, during the 7 days of the Festival. In addition, 400 projects are part of the section Developed Market Projects and 300 scripts make up the Undeveloped Market Projects section. As for community activities, this year the Festival will continue the workshops of Accessible Cinema, the Children’s Program, as well as attending schoolsa and receiving Children from the Casa Hogar DIF in the Cinetransformer. In addition, the programme was expanded to include the Exchange Academy, which puts high schools and universities students in contact with young directors and their works, in collaboration with the Youth Institute of the State of Oaxaca (INJEO). This year, New Industry features 32 speakers and panelists from 10 countries, and expands its programme to 4 days, which will include different activities, such as roundtables, pitches, and conferences for Industry professionals. Among over 400 films, there are two productions about Oaxaca, Banda (Mexico, 2019. Dir. Carlos Armella) and When I Close my Eyes (Mexico, 2019. Dir. Sergio Blanco-Martin and Michelle Ibaven), a project from the Oscar-winner Bill Plympton It’s gonna be great (USA, 2019), and the documentary Ergo Sum (Mexico, 2019. Dir. Barbara Balsategui and Oscar Basulto), which includes the participation of the recently deceased Maestro Francisco Toledo. For more information, specific film details, trailers and general information about OAXACA FILMFEST please visit oaxacafilmfest.com or write to press@oaxacafilmfest.comIn the PRESS section (https://www.oaxacafilmfest.com/press) you will find files to download with more information about the Festival: stills, photos, press releases, videos, files, etc We will be updating the information regularly.Oaxaca FilmFest Reforma 703 Oaxaca de Juarez 68000press@oaxacafilmfest.comOaxaca FilmFest is passionately committed to providing Audiences, Filmmakers, and Screenwriters around the globe with an excellent and unique cinematic experience.

08-13-2020 | Arts & Culture
New Media Film Festival
New Media Film Festival
INNOVATIVE STORIES & TECHNOLOGY CREATORS FINALLY HAVE THEIR DAY – AUGUST 15TH 2020 NEW MEDIA FILM FESTIVAL AWARDS SHOW The 121 New Media Films & Content from 32 countries that are nominees in the 11th Annual New Media Film Festival® voted. Resoundingly the nominees voted to have an online awards ceremony and forgo an in person festival this year. With 38 World – 15 U.S., and 30 L.A. Premieres and the
06-19-2020 | Arts & Culture
Avi-Service for music
GHOST Festival of the SPANNUNGEN:artists
Lars Vogt and 15 of his artist friends, who in fact were originally invited to this year’s Heimbach-Festival, have organized together with the broadcast stations DEUTSCHLANDFUNK und DEUTSCH-LANDFUNK KULTUR the Ghost Festival of the SPANNUNGEN:Artists Between the 21st and 28th of June, 2020, the artists will play eight concerts, each evening, with-out audience. Those programs will be broadcasted at various dates in the future by the broadcast stations as well
06-13-2017 | Leisure, Entertainment, Miscel …
Cool Shit in SA
International Beer Day Music Festival
For Immediate Release: How much do South African’s love beer? A LOT!!! So, we bring you the first ever International Beer Day Music Festival held right here on South African soil. International Beer Day Music Festival, will be happening on Saturday 5 August 2017, at the beautiful Cradle Moon Lakeside Game Lodge. The best local and loved breweries from around the country. Festival goers will get to taste hops from Darling Brew, The
05-04-2017 | Tourism, Cars, Traffic
Embassy of Uzbekisan in Berlin
"Atlas Bairami" Festival
"Atlas Bairami" festival will be held from 15 to 17 September in the city of Margilan. The festival is held from 2015. "Atlas Bairami" festival contributes to the further development and popularization of national handicraft and tourism, the expansion of cooperation between artisans. Leading masters of traditional textile and clothing design, artisans, art scientists, art managers, specialists in the field of traditional crafts management take part in the festival. During the festival master
04-05-2011 | Leisure, Entertainment, Miscel …
Save Me A Ticket
Download Festival 2011
The UK's largest rock and metal festival heads back to Donington in June. The Festival Arena will be open from June 10th - 12th, with the campsite opening up from Wednesday June 8th. Now heading into its 9th year, the 2011 Download Festival promises to deliver another truly memorable weekend of music and entertainment. The Download Festival; owned by Live Nation, is a three day rock music festival which is held in
10-25-2010 | Business, Economy, Finances, B …
Simple Wave LLC
The California Avocado Festival
Simple Wave, LLC 3266 Arden Rd Hayward, CA 94545 Phone (866) 968-8558 Fax (650) 716-5220 Contact: Jeff Bollengier Phone: (925) 207-4800 http://store.calibowl.com/category_s/21.htm Hayward, CA, Oct 8th 2010: Simple Wave LLC’s is pleased to announce that its revolutionary brand, The CaliBowl™, was a smash hit, once again, at the Annual Avocado Festival in Carpinteria, CA. While in the middle of making another exciting deal with Singapore distributor, The JP Group, and working to introduce a new pet bowl line,
Comments about openPR
We publish our press releases on openPR.de because we like people who are "open" - just like us.
Frank Obels, CEO, INCONET - Informationssysteme, Communication und Netzwerkberatung GmbH