How to Play Fantasy Football on FanFight Fantasy Sports App 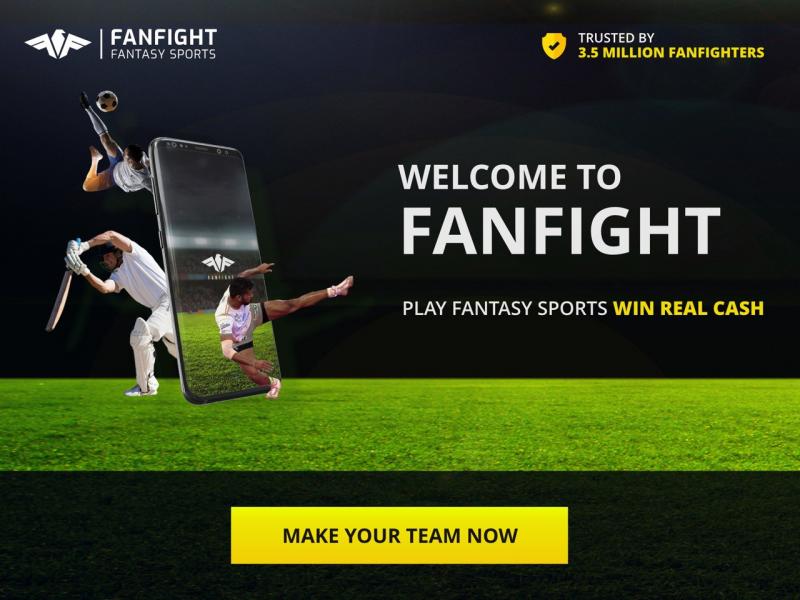 08-07-2020 | Sports
WCFN Solutions
What makes FanFight Fantasy Sports unique in Indian Fantasy Gaming Platforms
There is no lack of sports enthusiasts all around the earth. People from various walks of life have been playing and watching different types of sports that motivate them to move forward in life with positive energy. Time has changed and today’s technical advancement has produced several new ways of entertainment, fantasy sports is certainly one of them. FanFight Fantasy Sports: In India, FanFight is quite an established name in the
06-16-2020 | Sports
WCFN Solutions
Playing FanFight Fantasy Basketball helps you to Robust your Knowledge on Basket …
The increasing popularity of fantasy sports may provoke you to explore this unique concept of online gaming, feeling enthusiastic to play your favorite sport, be it football, cricket, basketball or something else, become an active participant, apply your sporting knowledge and earn cash prizes by winning a particular match or an entire league. Start your Fantasy Journey : Are you going to play fantasy basketball for the first time? You can certainly
05-08-2020 | Sports
WCFN Solutions
Why fantasy cricket is a Leading Fantasy game than Football in India
In today's context it can be said that, India is the hub of cricket which is intensely welcomed as well as appreciated by the emotions of millions of Indian individuals. A huge number of Indians enjoy the game by watching and playing, making it easier for fantasy cricket to gain such overnight popularity. Though, football is also a rising sector in India, but the madness about cricket is simply undeniable. Indian
03-06-2020 | Sports
WCFN Solutions
IPL 2020 the Best Choice to Play Fantasy Cricket - FanFight
20-20 is the latest format of modern cricket and we all know how much popularity it has gained so far, partly because this format is comparatively time saver and partly because of the excitement and entertaining approach. After the introduction of the Indian Premier League, cricket lovers all over the country got so much influenced that it paved the way for IPL fantasy league to make a unique identity in

06-05-2019 | Sports
WCFN Solutions
How did fantasy cricket start growing in India?
Cricket is every Indian's favourite sport. Cricket was the first fantasy game which was launched in India. Everyone can enjoy and earn money through their knowledge of cricket. Various cricket fantasy websites and apps are available on the internet to enjoy and play with your dream players. • All about the history of fantasy cricket: India fantasy cricket was launched 18 years before. The ESPN Super Selector launched the first ever
05-31-2019 | Sports
WCFN Solutions
ICC World Cup 2019 Fantasy Cricket and Why people are getting passionate about i …
Fantasy means "imaginary" and Fantasy cricket refers to a game or cricket which is not played physically but on a computer or smartphone. Basically, fantasy cricket and cricket fantasy are complementary. It is played online on various websites and apps. Cricket is everyone favorite whether a person is a cricket lover or a layman. Everyone can enjoy and earn money through their knowledge of cricket. Fantasy cricket websites and apps
05-29-2019 | Sports
WCFN Solutions
Impact of Fantasy Cricket - Upgrade your Cricket Skills Offline to Online | FanF …
Cricket, the main sport of England from where cricket was born before many hundreds of years. Now, this sport is famous and popular worldwide. This sport is played in most of the countries in the world. Majorly playing countries are Australia, Pakistan, India, Sri Lanka, South Africa, New Zealand and many more. All these countries have own international team which is strongly built up to play with other nation country.
05-09-2019 | Sports
WCFN Solutions
FanFight Best Fantasy Cricket Games App in India: Bring in All Smarter Options
In today's era gaming has grown to the next level. People who used to play and prefer outdoor games are now turning into indoor gamers. Those who used to play Cricket Games in the streets are now playing Fantasy IPL cricket games Online on their smartphones or tablets. This change has surely influenced the way people used to be but the point which should be considered is if these games
03-06-2019 | Sports
WCFN Solutions
Play Fantasy Cricket and Experience the Best Gaming on FanFight
Cricket is a religion in India and the fans have taken a liking towards the fantasy version of the game as well. Over 20 million users play fantasy cricket in India and the quench for playing & winning more is literally perpetual. One platform that has grabbed plenty of attention in India & has reached every corner of the country is FanFight. The portal lists out fantasy cricket & fantasy
Comments about openPR
OpenPR is clearly structured and remains true to its principle of confining itself to the essential parts. OpenPR has proven to be a very good and reliable partner to our media agency: Within the shortest time the releases are online and go down well with the media representatives. The success of OpenPR is reflected in the steadily increasing number of press releases. It is good that OpenPR exists!
Ursula Koslik, Director Marketing & PR, F+W Hamburg